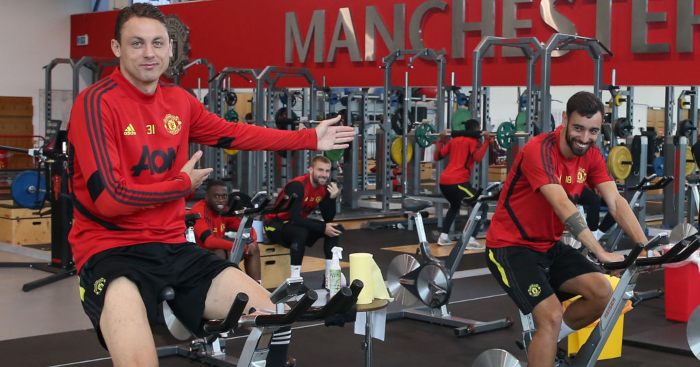 Ole Gunnar Solskjaer has praised Bruno Fernandes’ impact on Man Utd since arriving in January but insists the club have also helped the playmaker’s game.

The Portugal international has had a major impact since arriving in the Premier League, with his seven goals and six assists coinciding with an upturn in the team’s results.

The partnership between Paul Pogba and Fernandes has blossomed post-shutdown and Man Utd are playing some brilliant football, with Solskjaer’s side currently on a 16-match unbeaten run.

Speaking at a press conference ahead of their match with Aston Villa, Solskjaer said: “I think it’s gone both ways. Bruno has come into the club, seen how many good players there are at Manchester United, that we’ve helped him and how his attributes are as well, and it’s been a good little relationship blossoming and he can also feel we help him improve.

“He’s come in and lifted everyone and it’s been a very, very good start so far.”

Nemanja Matic has been in brilliant form since the Premier League restarted last month and Solskjaer reckons another midfielder, Scott McTominay can learn from his more experienced team-mate.

“Nemanja’s been on record saying how much he can see himself in Scott.

“They can bounce off each other, never easy. So many times I’ve said to Nemanja I’m playing Scott today and he accepts it and, the other way around, they accept it, they can play together and I’m sure Scotty will learn from Nemanja. His attributes and the way he’s gone about his job has been great.”