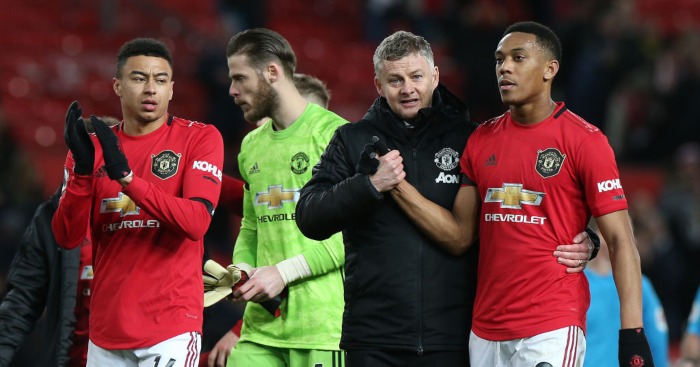 Ole Gunnar Solskjaer thinks Manchester United dominated Wolves in their 0-0 draw, while Bruno Fernandes will be a “top addition”.

The 25-year-old, who arrived from Sporting Lisbon on Thursday to much fanfare, was not overawed by his new surroundings and had chances to fire United to victory.

Wolves were also a threat and Adama Traore was a handful, but neither side could find a breakthrough as Solskjaer’s men again failed to capitalise on a slip up by Chelsea.

Solskjaer told Sky Sports: “It was a game as you expected really. We dominated the game, had loads of possession, they gave us problems on counter attacks and set plays.

“We’ve played so many games in the past few months the players are down to the barebones, Energy levels are down and the need a break.

“We got Bruno deeper on the ball for us. I felt we controlled the first half as well.

“In the second half we threatened a little bit more. I feel the ground staff must have moved the goal slightly to the right!

“Bruno is a top player. It’s the first game. First half everyone was getting the ball into feet and Bruno is one of those who, when he gets into feet, he wants players moving in front of him and we didn’t.