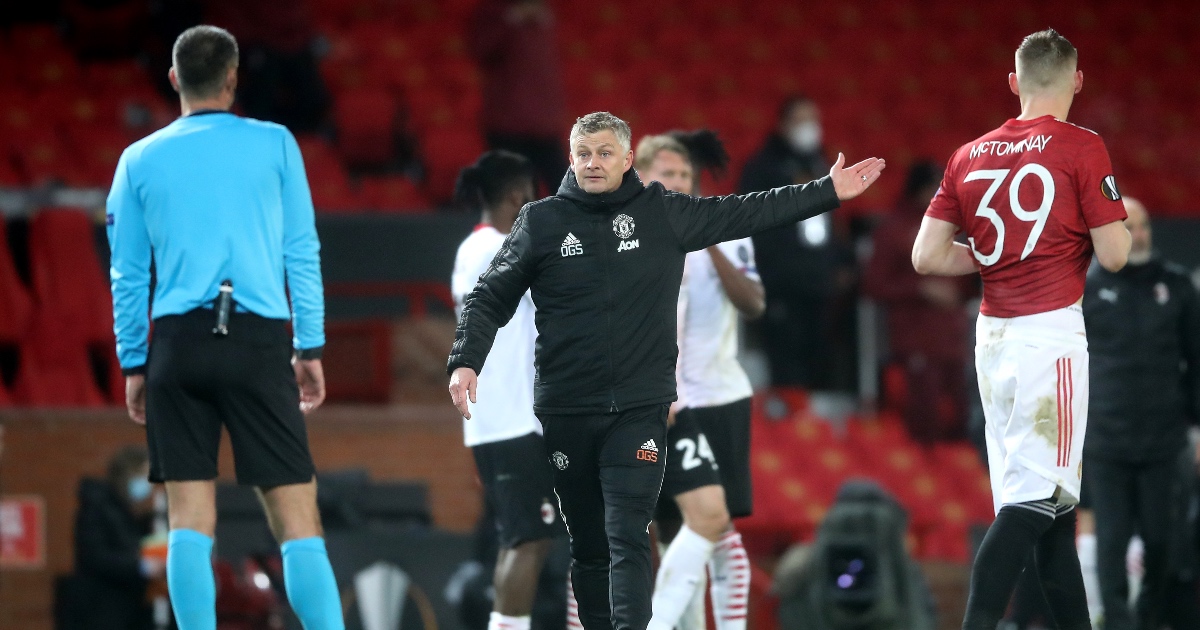 Man Utd boss Ole Gunnar Solskjaer says his team were ‘a long way off it’ in their 1-1 draw with AC Milan.

The Red Devils were outplayed in the first half as Milan had two goals ruled out.

Franck Kessie was unlucky as his brilliant strike was written off due to a controversial handball.

Man Utd took the lead in the 50th minute through youngster Amad Diallo, who bagged his first goal for the club.

The winger beat Gianluigi Donnarumma with an inventive header when facing away from goal.

He raced away from Nemanja Matic to head home in the box.

Reacting to the draw, Solskjaer told BT Sport (via BBC Sport): “That makes it harder but it was always going to be down to the second game.

“[Dean] Henderson can save it of course, but we should have attacked the ball. We were a long way off it today.

“We were too slow with the possession, it is sometimes hard off the back of a game like Manchester City.

“Diallo is creative, he plays with freedom. Amad’s was a nice goal, he still has loads to learn and will be better for that.”

The result sets up an intriguing second leg in the Europa League round of 16 tie.

Kjaer’s header gives Milan the advantage through an away goal. The Italian side were the better team for large parts despite the absence of former Man Utd striker Zlatan Ibrahimovic.

Solskjaer will be hoping for a better start from his team when they travel to Italy.

Before that, the Red Devils will turn their attention back to the Premier League.