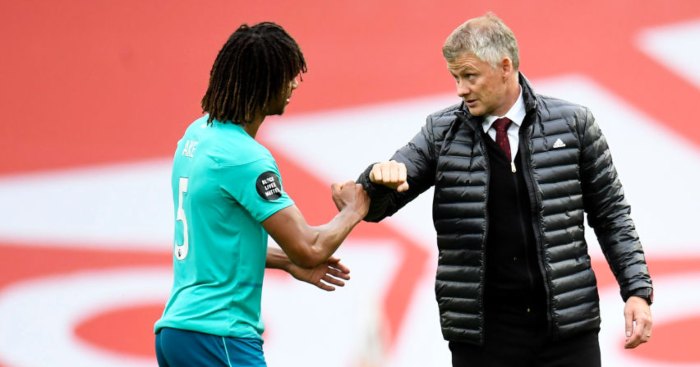 A mic appeared to pick up a conversation between Ole Gunnar Solskjaer and Nathan Ake where the Man Utd manager tells the Bournemouth defender that they “need a left-footed centre-back”.

The Red Devils thrashed the Cherries 5-2 on Sunday as a brace from Mason Greenwood and further goals from Anthony Martial, Bruno Fernandes and Marcus Rashford prolonged United’s unbeaten run to 16 matches.

The Netherlands international will surely be up for grabs if the Cherries are relegated and it was claimed a week ago that ‘early discussions have taken place’ over a potential move to Manchester City.

The likes of Chelsea, Arsenal and Leicester City have all been linked with Ake and now Solskjaer has fueled rumours that Man Utd could be interested in him.

The Bournemouth defender replied, “cheers, thank you,” before Solskjaer appeared to send him a transfer message: “We need a left-footed centre-back, so keep going”.

Speaking in June, former Man Utd defender Paul Parker recommended the club signed Ake as he would bring “balance” to the whole team.

“Chelsea don’t seem to want him, so now is the time to make a move. He has proven that he is a good defender in a poor team. He’s comfortable on the ball.

“Being left-footed, he would bring the ball forward better than Maguire does from that side, which is needed because Luke Shaw isn’t good enough in attack either. Ake would balance the whole side.”