Home All The News Solskjaer: Man Utd schedule makes it impossible to go ‘full out’ 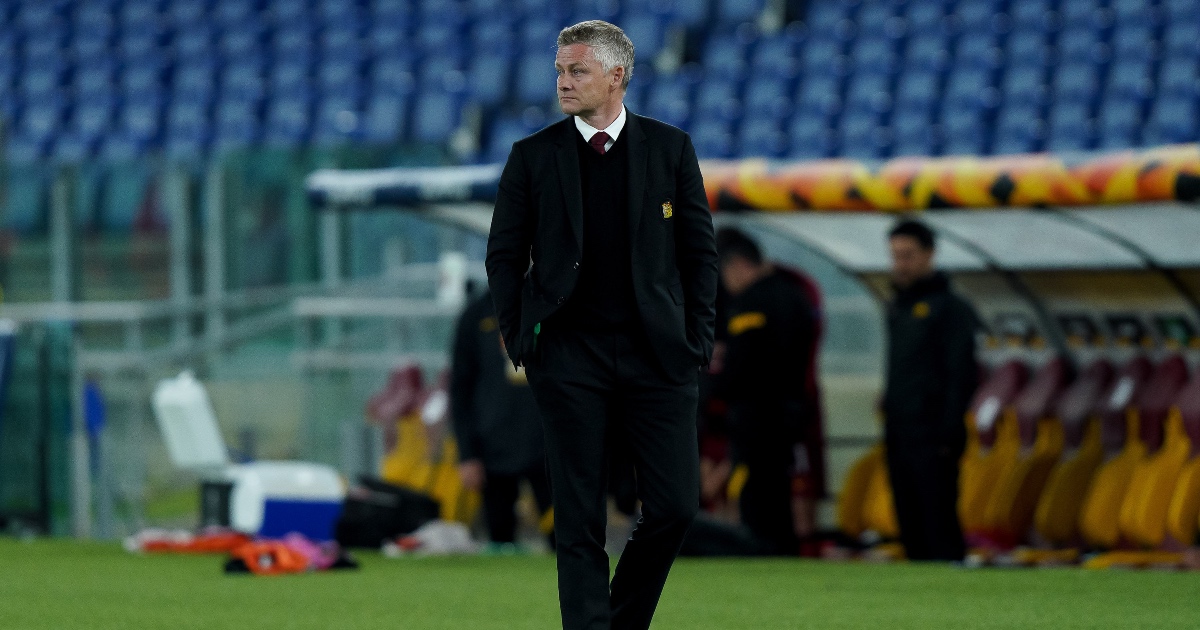 Ole Gunnar Solskjaer would love to go full throttle against Leicester but says it is “impossible” as he needs to make changes to balance player welfare and priorities at the midway point of Manchester United’s five-day triple-header.

Having sealed their place in the Europa League final on Thursday, the Red Devils came from behind to win 3-1 at Aston Villa on Sunday to wrap up back-to-back top-four finishes for the first time since Sir Alex Ferguson retired.

That result delayed Manchester City’s coronation as Premier League champions and Solskjaer’s side have the chance to cut the gap to the leaders to four points by the time their neighbours next line-up.

There remains the faintest chance of a change at the top but the Norwegian is ready to field a weakened side against top-four hopefuls Leicester on Tuesday with the rearranged clash with rivals Liverpool coming on Thursday.

Asked if the fact United can technically still win the league complicates his selection this week, Solskjaer said: “Well, I wish I could have said ‘let’s go full out in all the games’ but it’s impossible.

“That’s the hard bit for me knowing that if I do play these 11 again on Tuesday and Thursday, it’s impossible. I run too much of a risk of injuring them.

“So, talking about integrity in the league and stuff, don’t blame me when I have to make changes because I have to. It’s not safe for them to play all four so I have got to prioritise.

“Changes? I don’t know. We’ll sit down with the sports scientists (on Sunday).

It is an unenviable position for Solskjaer, who is sweating on the results of the scans on Harry Maguire’s ankle injury ahead of a match when the United boss is ready to turn to young players.

Amad Diallo, 18, is pushing for his first United start since his big-money arrival from Atalanta in January, having travelled to Villa Park on Sunday and just missed out on a place on the bench.

Shola Shoretire, 17, made his debut in February and Anthony Elanga, 19, is looking for his debut having been on the bench in some recent Europa League matches.

“They’re in contention, yeah, definitely,” Solskjaer said when asked about the likes of Diallo and Shoretire.

“They’re in the first team squad, they’re training with us every day, so I would think that some of the young boys will get an appearance, definitely.

“But if it’s coming on towards the end or it’s starting I don’t know because I don’t know how the players will be on Tuesday when we see them.”

One youngster that is already flourishing under Solskjaer is Mason Greenwood, who replaced Wayne Rooney as United’s top-scoring teenager in Premier League history on Sunday.

The 19-year-old’s turn and strike put the Red Devils ahead at Villa Park, where he was withdrawn in the 65th minute – perhaps hinting at involvement against Leicester.

“I can say that Mason is learning all the time,” Solskjaer said. “He’s learning on the job, which is not easy.

“It’s difficult and he’s had to bear a lot of responsibility and he’s popped up with so many important goals for us.”