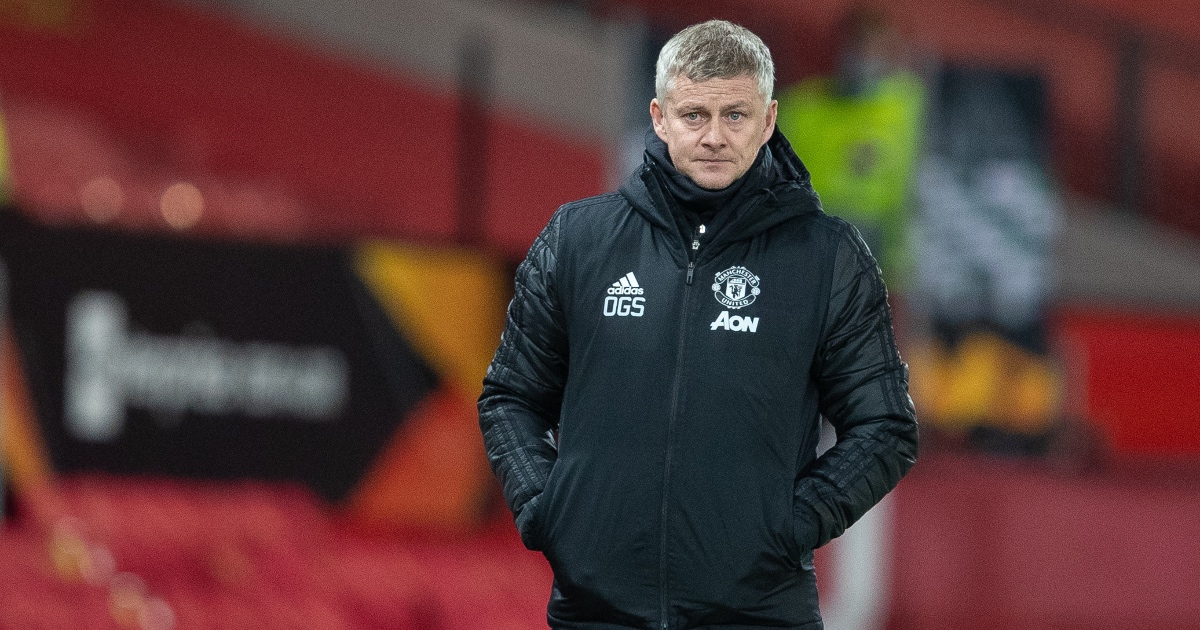 Ole Gunnar Solskjaer has played down a Man Utd bid for City striker Sergio Aguero by calling for ‘loyalty’ from the player.

It was announced last week that the Argentinian superstar will leave the Etihad at the end of the season.

That put a host of top clubs on alert, including the likes of Chelsea, Real Madrid and Barcelona.

FEATURE: Edwin van der Sar might just have been the perfect keeper

Rivals Man Utd were also tipped with an interest, but boss Solskjaer has now ruled them out of a transfer.

When asked about Aguero, Solskjaer said (via Goal): “When I played for Man Utd, if a rival club tried to sign me, and I had gone, well where’s the loyalty?

“Loyalty is one of the values I really, really put highly. I wouldn’t expect any player who has played for a club for 10 years to want to go to their local rivals.

“It’s not for me. I know we’re professionals, but when you play for Man Utd you don’t go to Man City. We’ve had examples of that and I didn’t really agree with it.

“I won’t name names but you all know who I mean. Enough said.”

Man Utd were linked with the 32-year-old as a potential solution to their forward problems.

Edinson Cavani is nearing a summer exit to Boca Juniors, while Anthony Martial is not performing at the expected level.

There’s a short list of players who have crossed the infamous ‘Manchester divide’, most notably Carlos Tevez.

Aguero’s compatriot joined Man Utd from West Ham in August 2007. He went on to score 34 goals in 99 games for the Red Devils.

After winning two Premier League titles and one Champions League trophy at Old Trafford, he joined City in July 2009.

Tevez enjoyed similar success at the Etihad. He bagged an impressive 73 goals in 148 appearances. He also helped the club to the Premier League title in 2011/12.

For Aguero, meanwhile, it’s not yet clear where the summer will take him. Barcelona is one potential destination, which would give him the chance to link up with good friend Lionel Messi.

Chelsea are also in the hunt for Aguero. He might spearhead their attack in place of the misfiring Timo Werner.