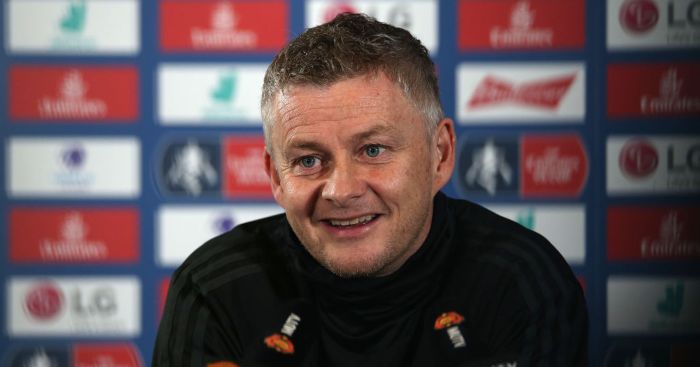 Ole Gunnar Solskjaer reiterated that “it’s not going to be a quick fix” but remains confident Manchester United see him as the right man to take them forwards.

Back-to-back Premier League defeats to Liverpool and Burnley have been compounded by a toxic atmosphere around the club, with fans making their anger at the Glazer family and executive vice-chairman Ed Woodward loud and clear.

Scrutiny on Solskjaer is also growing but the manager is confident of turning things around as United look to get back to winning ways this weekend at Tranmere in the FA Cup fourth round.

“For me, we do have a way of doing things,” he said. “Of course you can see other teams have done well. Jurgen (Klopp) spent four years building his team and they’re doing well now, so of course – I’ve said so many times – it’s not going to be a quick fix.

Solskjaer believes United have laid the foundations for success, even if the side have lost more Premier League matches than they have won since his permanent appointment in March.

“When you start on something, you stick to that plan,” the United boss said.

“For me, anyway. I’m not going to change six or eight or nine or 10 months after I got the job and start believing in a different way of doing things.

“I’m going to stick to what I’ve been trusted to do by the club and hopefully that’ll be good enough, and they can see what we’re doing is right.

“It’s one of these jobs – we know how football is nowadays – but all my conversations with the club have been positive.”