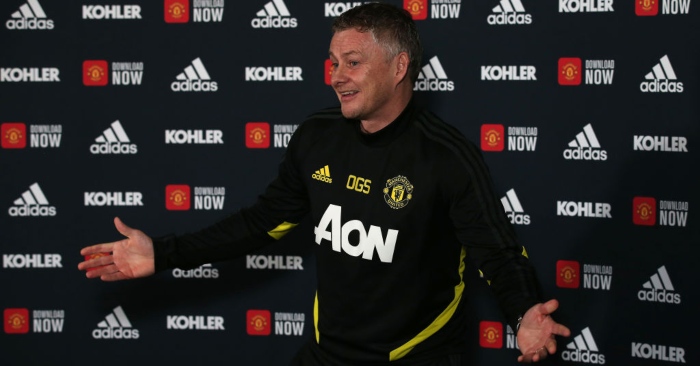 The Red Devils have been linked with a long list of midfielders and strikers in January, with Bruno Fernandes thought to be close to a move to Old Trafford.

United are currently six points off the Champions League spots, and Solskjaer came under heavy criticism following their 2-0 defeat to Burnley.

But Solskjaer was crpytic in response to questions about United signings, and used a bizarre analogy to explain their plans to rebuild their team in the future.

“The foundation has to be laid and the culture has to be properly set and laid down and this group is a good core of players that believe in themselves and what we’re doing to carry us forward with signings and players coming back.

“You need to knock the house down, you don’t just start with the roof, we’ve had some rainy days and wish that roof was on, but we can’t hide.

“For me, we do have a way of doing things, you can see other teams have done well. You can see Jurgen spent four years building his team and they’re doing well now, it’s not gonna be a quick fix, and it’s not eight or 10 players in in one transfer window, we’ve had one proper transfer window and we are trying to do something now.”