Home Home Page Front Page Ole: ‘Man United planning for whenever we get back’ 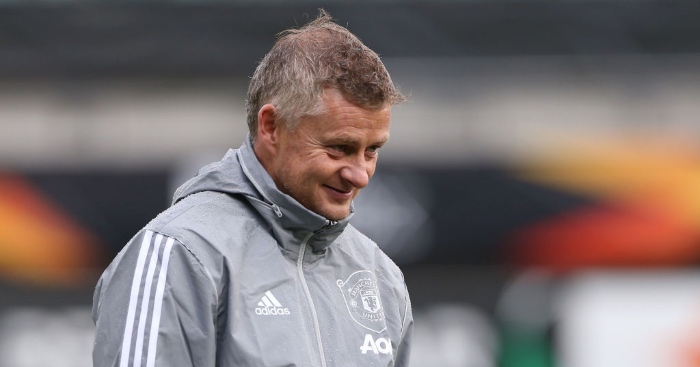 Boss Ole Gunnar Solskjaer insists he is fully prepared for when Manchester United return to action.

United, along with the rest of the Premier League and EFL, are waiting to resume the season after it was postponed due to the coronavirus outbreak.

Elite football in England has been postponed until April 30 at the earliest while the National League has been halted indefinitely.

Solskjaer is keeping in contact with his squad and staff and knows it is vital to remain ready to return.

“Of course, I’m used to seeing them every day for hours and hours, so it’s different,” he told manutd.com.

“I just keep in touch with them on WhatsApp groups and messages, and we plan for whenever we get back and what kind of sessions for when we do start.

“But it’s such an unknown and we don’t really have an idea and are not 100% about when we’ll start.

“That’s the good thing now with technology and we’re lucky in that sense.

“We can keep in touch and see each other. We can send messages and get a reply quickly, and we can do the old-fashioned phone call sometimes and speak just on the phone. So we keep in touch regularly.”

But, for now, Solskjaer is enjoying spending time with his family until United are able to play again.

He added: “I’m good. The family is good. One of the downsides of football is you don’t get too much time with your family and the flip side now is you get loads of time with them. It’s been nice to spend some time with them.”