Paul Pogba has not played since Boxing Day, having suffered a setback to foot surgery earlier in the season. 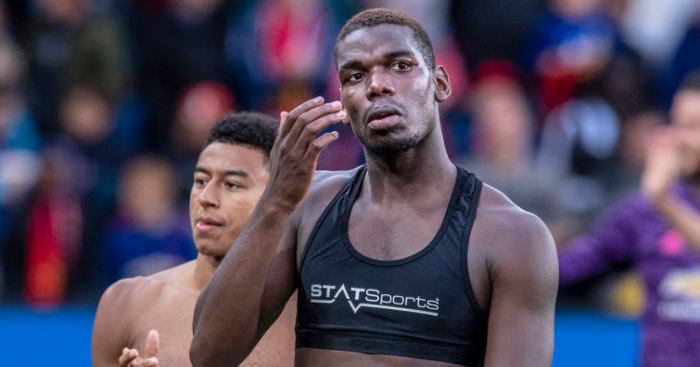 Paul Pogba will be ready to hit the ground running if the Premier League resumes this season, according to Manchester United boss Ole Gunnar Solskjaer.

The France international has not played since Boxing Day, having suffered a setback to foot surgery earlier in the season, but he is stepping up his recovery and will resume training when the club are able to following the coronavirus pandemic.

There has been speculation over Pogba’s future at Man Utd but it now appears he could stay with Solskjaer talking up a potential partnership with January signing Bruno Fernandes.

When asked if Pogba would be ready to go when the Premier League returns, Solskjaer told The Football Show on Sky Sports: “I definitely think so.

“Paul has had a difficult season with injuries, he said that himself. Of course Marcus [Rashford] as well is getting back so for us – or for them two – it gives them a chance to start on a par or even ahead of other players for when we get going. They’ve been focused and maybe mentally it’s easier for them to train hard now as they can see the light at the end of the tunnel.”

On the addition of Fernandes and the options he now has in midfield, Solskjaer added: “It’s exciting. We do have an exciting squad, Of course Bruno coming in, making the impact he made, has been great for everyone.

“A boost for the club, for the supporters, for the players. And getting Paul and Marcus back would be fantastic.

“Eric Bailly, suddenly he came back and the performances he put out was fantastic. So we are in really good shape fitness-wise. Marcus being out for four months and now getting back, we’re positive, we’re looking forward to starting when and if that will be.”

When asked if Pogba and Fernandes could play together, Solskjaer continued: “Good players can always play together, yes. But then as you say I’ve got Scott [McTominay], Fred and Nemanja [Matic] so you’ve got three players there as well.

“You can’t just play with midfielders either but there are many games coming up and I’m sure we can find a good connection between them. We’ve been discussing that as a coaching team, of course, and we are looking forward to it.”