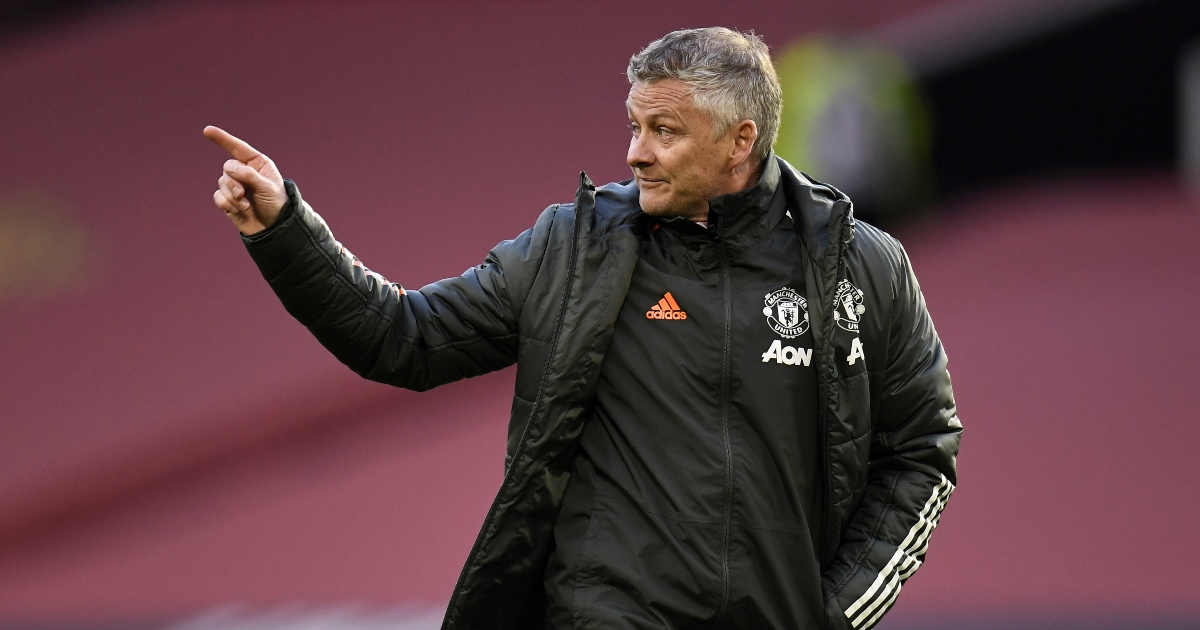 Ole Gunnar Solskjaer has heaped praise on the young Man Utd players who featured in their 2-1 defeat to Leicester.

The Red Devils competed at Old Trafford despite Solskjaer naming a weakened team, mainly due to the hectic schedule.

Brandon Williams, Amad Diallo and Mason Greenwood were all selected in the Premier League starting eleven.

OPINION: Man United’s defeat meant much to many clubs, just not Man United

19-year-old Anthony Elanga was given his first league start.

They suffered an early setback as Leicester full-back Luke Thomas, only 19 himself, fired the Foxes in front.

He connected brilliantly with a Youri Tielemans cross to beat David De Gea at his back post.

Greenwood brought Man Utd level five minutes later. Diallo got the better of Thomas down the right wing and played in the England forward, who got away from Caglar Soyuncu and fired past Kasper Schmeichel.

However, Leicester had the last laugh as Soyuncu headed a 66th-minute winner. He rose above Nemanja Matic, after getting away from Marcus Rashford, to head past De Gea from a corner.

After the loss, Solskjaer opted to praise his young team (via BBC Sport): “We’ve had loads of games recently and had to make changes and that went against us a little bit.

“Amad [Diallo] was very good. [Anthony] Elanga gave us something different and I thought Mason [Greenwood] was absolutely fantastic. I know what he can do [with his] finishing.

“It’s all the other bits, his robustness, resilience and the way he led the line tonight. He thought he needed to take responsibility and he did that the whole night but I had to take him off because he has played three games in five days.

“We did a bit in training yesterday and this morning so we did not have a lot of time to prepare and you could probably see that early on.”

When asked about Pep Guardiola’s side, Solskjaer added: “The whole season has given us optimism and room for optimism but also improvement.

“We have pushed Manchester City all the way, until 10-12 days left in the season and it is a very good achievement because they are a very good team. They are very worthy champions. I have to say congratulations because they have played some fantastic stuff this season.”