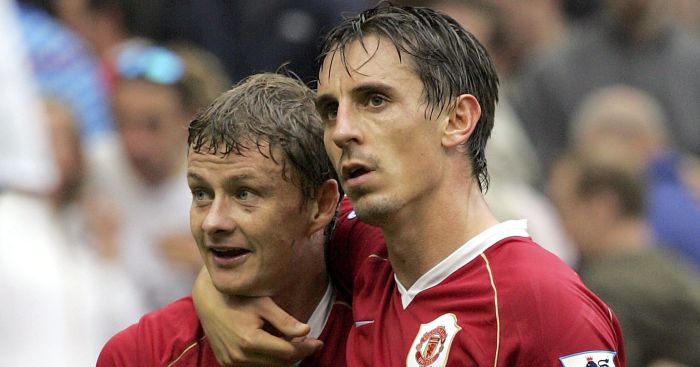 The Red Devils lost 2-0 to Liverpool on Sunday which kept United in fifth place in the Premier League table and five points off fourth-placed Chelsea.

Neville said the fact that Man Utd have the second-highest wage bill in the world is “unforgivable” on Monday and added that “something is really wrong” at the club.

On Neville’s comments, Solskjaer said on Tuesday: “For me now, we’ve lost to Liverpool, a team that you all say are fantastic and we’ve been in the game until the last kick of the ball. And, for me, that’s strides forward.

“And, of course, we’re disappointed in losing the game. We don’t want to be behind them in the league, but there were signs there that we are on the right track, definitely.

“You can look back at history and, of course, we know we’re not where we want to be and should be and historically where we have been. It’s just down to us now to work better.

“I’ve been here 13 months, my experience with the players we’ve brought in has been good, so no complaints whatsoever.”