Home All The News Ole ‘almost surprised’ at one ‘unbelievable’ display 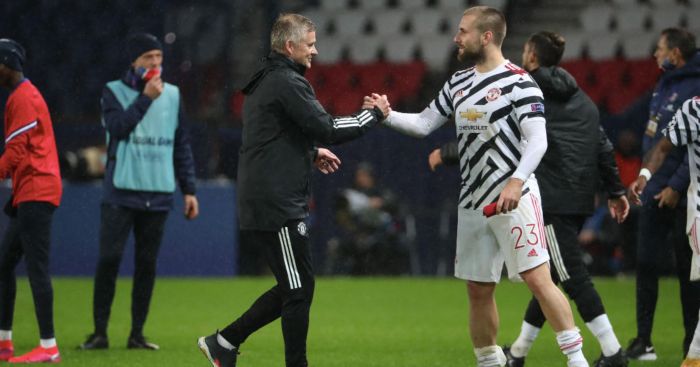 Man Utd boss Ole Gunnar Solskjaer says he was “almost surprised” by how good Axel Tuanzebe was during their 2-1 victory over Paris Saint-Germain on Tuesday night.

Marcus Rashford fired the Red Devils to another memorable victory in the French capital as Solskjaer’s men started their European campaign with a bang.

Bruno Fernandes had opened the scoring with a retaken penalty but the hosts looked on course for a point after Anthony Martial turned a corner into his own goal.

Tuanzebe turned in a brilliant performance in a back three alongside Luke Shaw and Victor Lindelof and Solskjaer now has a selection headache ahead of their match against Chelsea on Saturday.

“These boys can play,” said Solskjaer after the match.

“We played it right, as we wanted it. All credit to attitude, work rate and the team spirit has been fantastic. I’m just happy for the team.

“To see Axel – it’s an unbelievable performance, he’s only trained for a few weeks! He is a great leader.”

In another interview, Solskjaer added: “Axel did fantastic.

“He’s been out since the game against Colchester, 10 months or something? To put up a performance like this against Neymar and Mbappe, I have to say he almost surprised us as well.

“We know he’s a good player but on a night like this, he was fantastic. We might see this system again, of course, we have had some good games in it.”