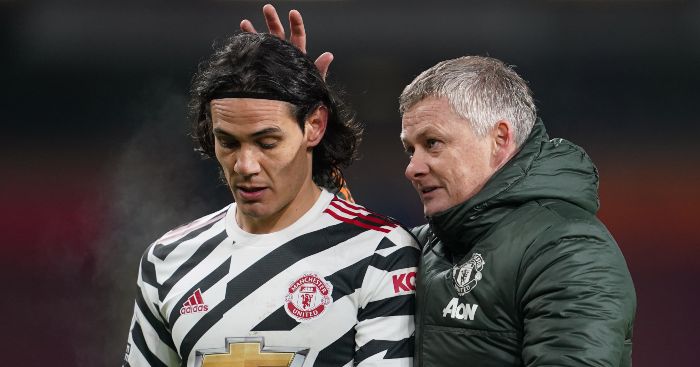 Man Utd boss Ole Gunnar Solskjaer has given his verdict on what will decide his side’s clash against Liverpool on Sunday, while he opens up on rumours over his future.

The Red Devils didn’t get off to the best start this season, while they were also knocked out of the Champions League in the group stages, leading to pressure on Solskjaer and questions about his job.

However, the Norwegian boss has turned a corner at Old Trafford with recent form catapulting them top of the Premier League table.

MEDIAWATCH: It feels like the perfect time to criticise ‘competent’ Pogba

Solskjaer told Dagbladet (via Sport Witness): “We didn’t press any panic button. We have had one focus all along: that this is a long-term project. We’re thinking about the best interests of the club and what we’re going to look like in a little while.

“We’ve had faith in what we’re working on. We know what we want to look like. So, we also know we can’t always control the outcome of individual matches. But you have to control the process, and I think we do.”

Man Utd are without a Premier League title win since 2013 but Solskjaer insists they aren’t thinking about taking the title off Liverpool just yet.

Solskjaer added: “We [last] won the title in 2013. Ferguson’s last season. That’s what counts. It’s not whether you’re at the top of the table in the middle of a season or at the start of the season.

“We don’t think much about that. What we’re thinking about is that we’re getting better and better all the time. We’ve built up a stronger squad. We have a squad that can compete higher in the table.”

The Red Devils play defending champions Liverpool on Sunday after they leapfrogged their opponents with a 1-0 victory over Burnley during the week.

A win against Jurgen Klopp’s men would see Man Utd build up a six-point gap between them and their arch-rivals.

Solskjaer continued: “It’s the biggest challenge you can get. To play against a team like that. We’re looking forward to it. Also, we know that it is a match where we have to perform at our best to get a positive result. Such matches are often decided on either a moment’s magic or on a mistake or both.”