Home Manchester United Ole: We were very dangerous against best team in world 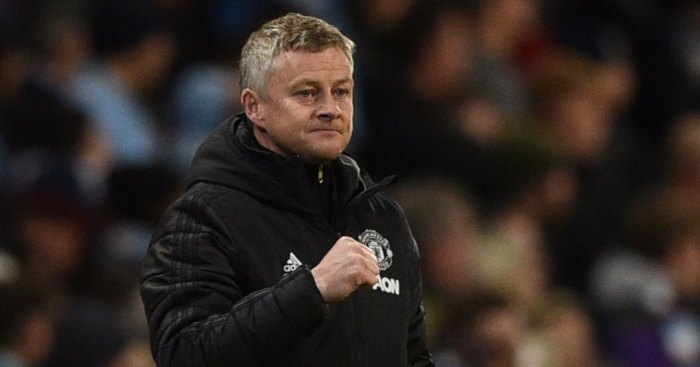 Ole Gunnar Solskjaer was impressed how “dangerous” his Manchester United side looked in their 2-1 victory over Manchester City, who he regards as the “best team in the world”.

Marcus Rashford and Anthony Martial struck in the first half as the Red Devils dealt the Citizens’ title hopes another blow in a thrilling but at times ugly derby.

Nicolas Otamendi pulled one back for the champions but United held on for the win at the Etihad Stadium that left City 14 points behind Premier League leaders Liverpool.

There was controversy in the second half as a supporter appeared to make a monkey gesture towards a United player, an incident the PA news agency understands both clubs have been made aware of.

That occurred during a fiery period as tempers boiled over in the stands, with further reports of missiles being thrown.

Those incidents took the shine off what had otherwise been a compelling encounter which began at an electrifying pace.

Solskjaer told BBC Sport: “We’ll remember this one, we look so dangerous when we get he ball and go forward against arguably the best team in the world.

“They are an unbelievable team team and to get a result and defend like we did and create as many chances…we should have been three or four up but for some good goalkeeping.

“It’s hard to take the ball off them. They can football teams to death but with the pace and threat we have, we look dangerous every time we go forward.

“It does not matter where you win the ball it’s that you are positive when you get it.”