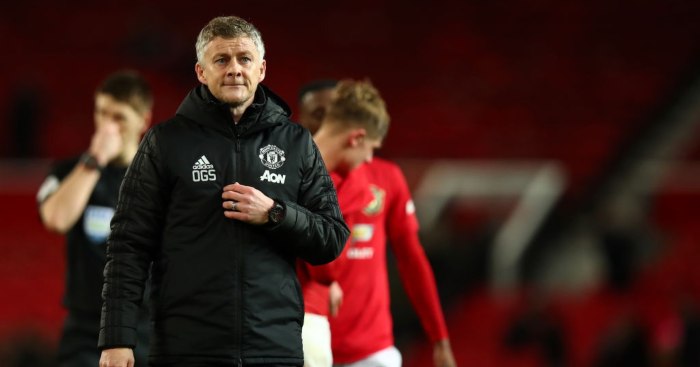 Ole Gunnar Solskjaer is “getting it wrong” too often at Manchester United, according to former Liverpool midfielder Danny Murphy.

Solskjaer is struggling to turn his side into a consistent side with back-to-back victories over Newcastle United and Burnley followed up with three matches without a victory.

Their latest match saw them lose 3-1 at home to Manchester City, finding themselves 3-0 down in 38 minutes before Marcus Rashford grabbed a consolation in the second half.

And Murphy thinks that despite “getting it wrong” too many times, most managers would struggle to compete at the top of the Premier League with the current Man Utd squad.

“It’s a difficult one in terms of how much blame to put on the manager, because there are games where he’s done well,” Murphy told talkSPORT.

“They are the only team this season to get any points off Liverpool and the way he set them up [in that game] worked. United were the better team until Liverpool changed in the second half. Liverpool had to change to adapt to Man United.

“It was really clever from Ole.

“But too often he’s getting it wrong; there have been some really poor results and performances from Manchester United this season.

“Sometimes I think he’s out of his depth and they’ve got to bring someone in who has the capabilities and experience to manage Manchester United.

“But maybe it’s the quality he’s got. I think any manager would struggle to compete with Man City, Liverpool, or any of the big clubs with that squad.

“And you can’t tell me that Phil Jones is better than Chris Smalling, not in a month of Sundays!”