Home Mailbox ‘Ole is nothing but fake news’ and more mails… 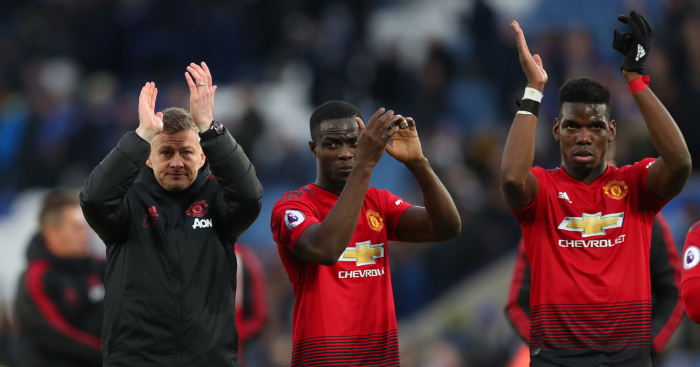 Where are all your mails? Send us thoughts on Manchester United, Arsenal and Manchester City; they all played on Sunday. Mail theeditor@football365.com

This is not Ole’s team; it’s Fergie’s
Ok so I’m going to say what most non-Utd fans must be thinking. Ole is nothing but fake news. I think we all know that Ferguson is managing that Utd team. He’s on the training ground giving instructions, he’s picking the team, giving the half-time team talks and influencing the refs again (yesterday’s game a prime example).

Ye wanted old purple nose back since the day he left and now ye do. Ole just shows up in the dugout pretends that he’s in charge for 90 minutes. Gives his usual, “I just tell them smile” “this is Manchester Utd” “this is a massive club” interview and away he heads on his toes to do the whole act again the following week.

On the wisdom of crowds
The recent, tragic death of Emiliano Sala – as is the case with the death of any young person, footballer or not – made me think of the increasing frequency with which these events are becoming publically acknowledged. I just wonder whether these overt demonstrations of public feeling at football grounds make up for the fact that many of the same celebrants think the ref is a bastard, the opposing fans are all c****s and the players on the other team are all wankers. Having stood next to people many times on football terraces shouting abusive, vile and threatening epithets at officials, fans and players (and occasionally their families), I can honestly say the latter views are felt with astonishing and heartfelt sincerity.
Tim (there’s a lesson in here, isn’t there?).

Why do City fans sing this filth?
A City fan wrote into the mailbox a week or two ago asking why certain songs are sung by certain clubs.

Today I watched City play (and wipe the floor with) Arsenal. Arsenal equalised against the run of play after a fast City start.

This is a time when the home fans usually get behind their side and urge them on to overcome the setback of conceding. Not Manchester City fans ‘though.

Rather than singing about their own superb side, they decided to sing a chant about Liverpool. This song attempts to mock Liverpool for losing the final of a competition they’d dumped their own side out of, which is a bit strange but isn’t the issue. More importantly, it also references a Liverpool fan who was assaulted and put in a coma. Maybe some City fans could shed some light for us as to why your club’s supporters sing this song?
Shane, LFC, Ireland

A crazy, idealistic idea
I’ve had this idea bouncing around in my head for the past several weeks, brought about by somebody comparing the prize money available in the CL with what’s available in the FA Cup, that there shouldn’t be any money involved in the Champions League. Prize money, sponsorship money, none of it.

Teams that qualify for Europe will then be motivated not by the prize money but instead simply for the right to call themselves champions. Have teams pay for their own expenses, donate the matchday revenue to NGOs or the FAs for grassroots development. All the teams and players involved are already rich enough as it is.

It will never happen but I wish we lived in a reality that allowed it to.
Adrian, Malaysia

You’ve had enough of us been in the automatic promotion places since before Christmas? We’ve been crap since October? Have you forgot the 6 or 7 game winning run we went on just after the international break. Have you forgotten about the destruction of Derby that had everyone purring?

We don’t need your negativity. Norwich were lucky to go in front yesterday. A deflected free kick that SSN had the cheek to call sublime? That’s like me calling my Sharwoods chicken curry homemade. If something needs assistance it’s not sublime.

Well done Qatar, but…
Thanks to Josh, AFC, Dubai for the 16 Conclusions on the Asian Cup. Having followed large chunks of the tournament on TV, I enjoyed reading it.

However, one thing I couldn’t ignore is that at least twice in the mail, he/she hypes this as the first time a country from the Middle East has won the Asian Cup.

Aren’t Saudi Arabia, Iraq, Iran and Kuwait also considered countries of the Middle East? To my knowledge those teams have each won the tournament at least once. I surely must be missing something because it was quite bizarre reading that part.

Anyway, I watch most EPL matches through paid cable on BeIn Sports in the Philippines. And it was amusing how Qatar bias the channel is when the team’s live homecoming telecast kept showing up in varying sizes of immersed boxes across the screen bang in the middle of the live EPL matches on Saturday.

Glad the Qataris are enjoying it, as they should. And at the same time even more glad my team are only playing on Monday night (Tuesday morning local time) by which time the BeIn Sports celebrations should have hopefully somewhat subsided.

Congrats to Qatar (whether you are or are not indeed the first Middle East country to lift the Asian Cup)!
MK (LFC) Philippines