Home All The News Ole: Man Utd don’t have to sell Pogba or any other players 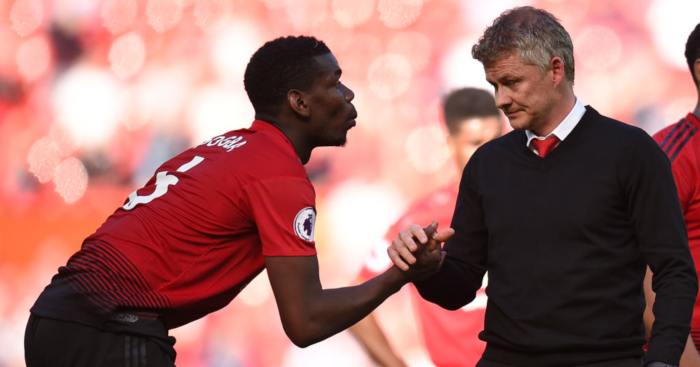 Ole Gunnar Solskjaer has told Paul Pogba and any other wantaway players that Manchester United do not have to sell anyone.

For the first time in 62 days, the United manager faced the media at the WACA in Perth, where the press conference was dominated by the happiness of their record signing.

Pogba‘s public declaration that he would be keen to leave for a “new challenge” has been compounded in recent days by the midfielder’s agent, with Mino Raiola saying he was “in the process” of arranging a move for the World Cup winner.

Asked about the France international, Solskjaer said: “There has been loads of talk and speculation, of course, about all our players or many of our players, both ins and outs.

“For me, it’s business as usual. When you’re Man United, you expect all these things to pop up in the summer,” he added.

“And of course I’ve been in touch with Paul, spoken to Paul. Spoken to Rom [Romelu Lukaku], spoken to Rashy [Marcus Rashford], Jesse (Lingard) – I’ve spoken to all the players, more or less, over the summer.

“As you do, you keep in touch with them.

“As far as I am aware and up to now, we don’t have any bids for any of our players. We are Man United – we don’t have to sell players.”