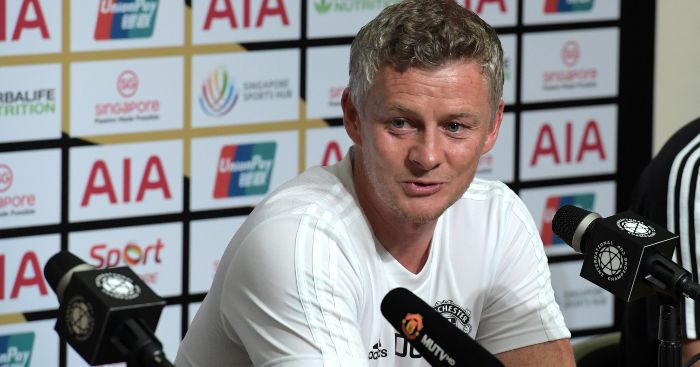 Ole Gunnar Solskjaer says Manchester United are still working on “one or two” signings before the start of the season.

The Red Devils are in the midst of a pivotal summer during which Solskjaer promised to be ruthless in reshaping his squad.

So far only two players have been signed while the only exits have been Ander Herrera and Antonio Valencia who both came to the end of the contracts.

But Solskjaer insists United still have a couple of irons in the fire – he wants Harry Maguire, Bruno Fernandes and Sean Longstaff – and he will break away from the club’s pre-season tour to facilitate any transfer deals.

“As I’ve said and answered a few times, we’re working on one or two cases,” Solskjaer said in reply to a question over United’s recruitment plans. “But obviously my objective now when I’m here is we’ve got to get ready for the games and training sessions.

“And if I’ve got to travel somewhere I will. And you won’t be able to ask me.

“We’re working on putting a squad together that can compete, of course we have some youngsters but we have loads of players that can play and loads of ways we can play, if there is a slight change of system is possible.”