Ole Gunnar Solskjaer is reportedly unlikely to strengthen the centre of his defence this summer. 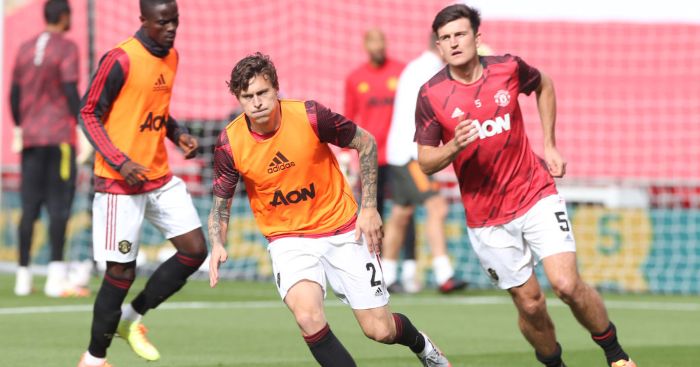 Ole Gunnar Solskjaer will stick with his current cohort of centre-backs as Man Utd concentrate on strengthening other areas of their squad, according to reports.

Harry Maguire and Victor Lindelof have proved to be Solskjaer‘s favoured pairing in the past two seasons.

However, the duo came under attack for their roles in United’s 3-1 defeat to Crystal Palace on Saturday.

OPINION: Why has the Premier League got a sudden goal fetish?

It led Gary Neville to declare: “They’re not going to win the league with that centre-back pairing. They have to get a mobile, quick, dominant centre-back in alongside Lindelof or Maguire.”

The Red Devils had been linked with the likes of Kalidou Koulibaly and Milan Skriniar this summer but it now looks likely that they will continue with Maguire and Lindelof until at least the winter transfer window.

A report in The Athletic by David Ornstein claims that Man Utd had not prioritised a centre-back in the current transfer window and that ‘there has been no change in strategy, despite the perceived weakness’.

The Red Devils have made clear that ‘other positions are of more immediate concern’ with their pursuit of a right-sided attacker their biggest priority, with Jadon Sancho heavily linked this summer.

Left-back is understood to be another area that Solskjaer is keen to address but The Athletic adds that the Man Utd boss ‘is said to have faith in his personnel’ at centre-back.