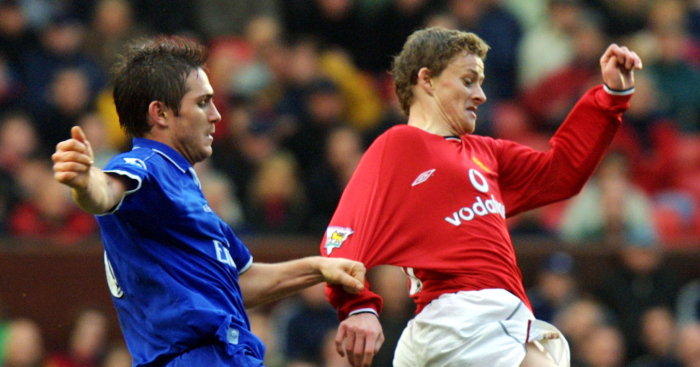 Ole Gunnar Solskjaer’s appointment as Manchester United manager is a lovely story about a seemingly lovely bloke. But it has unfortunately given ammunition to all of the many pundits and fans who, when asked for the name of their next manager, come up with an ex-player as the prime candidate. And the reason they will suggest this name will almost certainly be because “he knows the club”.

How many times in every week do we hear this said about someone? It is one of the biggest cliches in the game – so big a cliche that you’d think that people might pause for a moment and consider that what they are about to say is actually very embarrassing, before letting it fall out of their face.

It would appear to be the default view of observers who simply cannot think of anyone else, or simply cannot come up with a specific reason to appoint anyone at all. Picking a manager who will be any good at your club is more of an art from than a science, so proffering a reason to employ one name over another is hard, if not impossible. But you’ve got to say something to try and justify your choice and that’s how we end up with “he knows the club”.

Given how good Maurizio Sarri’s Napoli side was to watch, and how Chelsea have played under him, the gap in quality isn’t because he doesn’t know Chelsea but knew Napoli. It’s for more prosaic reasons, such as playing the wrong players in the wrong positions and deploying the wrong tactics at the wrong time. Not being familiar with Dave Sexton’s Chelsea traditions has sod all to do with it. Not knowing who Kerry Dixon is or how they played in 2004 has not lost them a single point.

Frank Lampard is destined, like Alan Shearer once was with Newcastle, to be dropped into every Chelsea managerial discussion, and it will not be because he’s proven to be a good, bad or indifferent manager, it will always be said because he “knows the club”. And to any of us who groan at this lack of rigorous thought, they will now just point to Ole at United as proof of the efficacy of this notion.

However, if you ask anyone uttering this pearl of wisdom what they mean by ‘knowing’ the club, you won’t get a cogent reply. The most they can offer is something vague about understanding how the club plays traditionally. Usually this bears no scrutiny at all, not even at United. I mean, this myth that they have always been a side that played exciting attacking football is selective to say the least. Nor were they always a counter-attacking side. And how far do you want to go back in your definition of a tradition, anyway? Did you see the United side that was relegated in 1974? I did, they were rotten. Solskjaer would do well to avoid any tradition they perpetuated.

While the Norwegian has successfully plugged into – or expressed – notions about the club and how it is perceived by its own people, the actual football they’ve played has not picked up some sort of thread invisible to non-United people that runs throughout their entire history, or indeed since 1986. And it surely undervalues the job he’s done in organising the side to say that’s all it is. At times he’s depicted as some sort of Fergie glove puppet without any original thought of his own.

Lampard ‘knowing’ Chelsea is, if anything, even more bizarre because there is no distinct Chelsea style of anything other than, ironically enough, regularly defenestrating managers. So they are asking Lampard to take the job because he knows the club sacks managers very quickly. Madness.

So what else does ‘knowing’ a club mean? At this point those who promulgate this idea will almost inevitably mention the tea lady and the kit man. Females who make tea are always called a lady and not a woman, for some reason. Are there no tea gentlemen? And only men are ever responsible for kit, it seems. But I don’t believe being familiar with the brewmeister or whoever lays out clean shirts on match days will help you win any single game. As a notion it is clearly absolute bollocks.

And frankly, even if you are a club legend who does in some metaphysical way ‘know’ the club, lose three or four games on the spin and everyone will be calling for you to go anyway. In other words, this imaginary knowledge of the club is worth the square root of sod all, as soon as you take the job.

Weirdly, it is never, ever said of someone who was a player at the club and is doing a bad managerial job. It’s never said as a reason for them doing a bad job or for getting the sack. But surely, if it exists as a positive reason to employ them, it must follow that it might be a reason they’re not doing well. “Why’s he so bad?”…“Well he knows the club doesn’t he?”

I just wish that for once, when someone utters this meaningless rubbish, the presenter would jump on them and forensically break down why they are saying this, point by point. Ask why knowing the tea lady will help you beat Manchester City and give statistical proof that knowing which is the home dressing room when you arrive will garner you more wins than someone who doesn’t. And when they can’t just yell in their face “stop coming out with this absolute rubbish!”. Because that’s what we’re all doing at home. But then, maybe we’re only doing that because we don’t know the club.