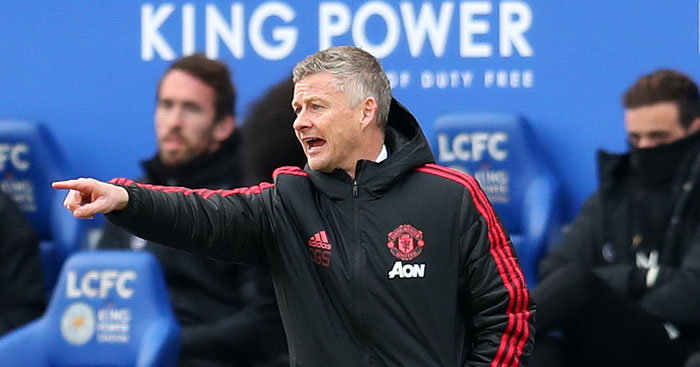 Rennes’ run has taken them into the top half of the Ligue 1 table and into the third round of the Coupe de France. Their three defeats featured a 4-1 thumping at the hands of PSG and a penalty shoot-out defeat to Thierry Henry’s Monaco in the French League Cup, which featured 22 spot-kicks, seven misses and a goalkeeper slotting in the winner.

Diego Simeone’s side have scored fewer goals than any other side in the top 20 during what can hardly be described as a dominant run of form, but it has been enough to take them into second in La Liga, despite Sunday’s 1-0 defeat at Real Betis.

Maurizio Sarri has made it quite clear what he thinks of Chelsea’s recent run of form, with the manager still seething over the performances that preceded Saturday’s 5-0 win over Huddersfield, even if the Blues retained their place in the top four as well as reaching the Carabao Cup final and the last 16 of the FA Cup.

La Viola have swapped the top of the bottom half of Serie A for the bottom of the top half following a run that featured only one defeat – a home loss to Parma. But the highlight came in the Coppa Italia quarter-finals last week when Roma were humped 7-1.

Leverkusen’s recent form has taken a team that was bottom of Bundesliga on matchday three to one place below the European spots. Peter Bosz’s side moved to seventh last weekend when Bayern Munich were beaten 3-1, Leon Bailey reminding everyone of his existence with a 30-yard free-kick.

Liverpool’s two defeats in the first week of January, when they lost to their direct title rivals and suffered a third-round FA Cup exit, caused considerably less bedwetting on Merseyside than the draws that have come in their last two outings.

How has this happened? Guingamp are rooted to the bottom of Ligue 1 and remain four points off safety. They were battered 9-0 by PSG just over a fortnight ago. But they are having rather more joy in the cups, with two Coupe de France victories in addition to three wins in the Coupe de la Ligue that have taken them to the final to face Strasbourg at the end of next month.

Guingamp’s next Coupe de France opponents are Lyon, whose only defeat in the last 10 came in the French League Cup. The highlight of Les Gones’ impressive run came last weekend when they inflicted upon PSG their first defeat of the Ligue 1 season. But still they remain third, three points off Lille.

‘Gladbach’s run to second in Bundesliga has been built on a solid defence, which has not been breached yet in 2019. Of the top 20 in-form sides, only Manchester City have conceded fewer goals while their two defeats came away at fourth-placed RB Leipzig and leaders Borussia Dortmund.

Since returning from the FIFA Club World Cup, Real have flitted between La Liga and Copa del Rey action, setting up a cup semi-final Clasico this week while scraping their way back into the La Liga top three. While Barca seem out of sight eight points ahead of Real, Atletico are certainly catchable, with their Madrid rivals now protecting only a two-point cushion.

Both Barca defeats came in the first legs of Copa del Rey clashes but Ernesto Valverde’s men simply got their act together when bringing Levante and Sevilla back to the Nou Camp for the return meetings. The 2-2 draw with Valencia at the weekend brought to an end a run of eight league wins during which they scored 22 and conceded only twice.

Juve remain unbeaten in Serie A but they are now two without a win, which constitutes a mini-crisis in Turin. Massimiliano Allegri’s side conceded three without reply to Atalanta in the Coppa Italia last week before shipping another three in a home draw with 12th-placed Parma at the weekend.

The only recent bump in Dortmund’s road to the Bundesliga title was a 2-1 defeat at Fortuna Dusseldorf, which was immediately corrected when they beat second-placed Monchengaldbach three days later. Two wins and a draw since the winter break leave Lucien Favre’s men sitting pretty, seven points clear of ‘Gladbach and Bayern Munich.

Atalanta slumped to one place above the Serie A drop zone in October but one defeat in 10 has seen them climb to within one point of the top four and into the Coppa Italia semi-finals. Gian Piero Gasperini’s side have faced Juventus twice in that period, winning in the cup and holding the leaders in the league while putting five past the Old Lady.

Their recent form has seen Strasbourg climb to a season-high sixth place in Ligue 1, two points off the Europa League qualifying position, all the while reaching the Coupe de la Ligue final where they will meet rock-bottom Guingamp. Their only defeat in the last nine came at PSG in the Coupe de France.

The Treble winners saw their hopes of defending all three trophies ended by lowly Guingamp in the Coupe de la Ligue last month, while any ambition to go the season unbeaten in Ligue 1 went up in smoke after defeat at Lyon at the weekend. Ole Gunnar Solskjaer would have liked what he saw…

Lille have been sat snugly in second place, though Lyon’s win over PSG at the weekend might just refocus the minds of Christophe Galtier’s men. The winter break offered them the chance to do exactly that after taking one point from two home games against bottom-half opposition, and Lille have been perfect in six since returning to work at the start of last month.

It seemed like Bayern were getting their act together just in time to face Liverpool in the Champions League later this month, with Niko Kovac’s side winning eight and drawing two of their previous ten prior to the weekend. But then Bayer Leverkusen put three past them and now we are waiting to see how they respond. Seven points from the Bundesliga summit is not an insurmountable climb, certainly not for a beast like Bayern, but they can’t afford to prioritise their European campaign if they have intentions of retaining their domestic crown.

Pep Guardiola’s side have a goal difference 12 better than any side in Europe over the last 10 games and even though the 9-0 win over Burton is a major factor in that, the second-highest scorers – PSG – have a nine-goal thumping of their own to inflate their figure. City have scored the most while only AC Milan have conceded fewer recently. But Liverpool are not nervous…

Ole. that. United have gone from a shambling mess fighting among themselves under Jose Mourinho to a happy, lean, mean winning machine under Solskjaer, and all it took was a hefty dose of nostalgia. Anyone could have done that, isn’t that right, Incey?