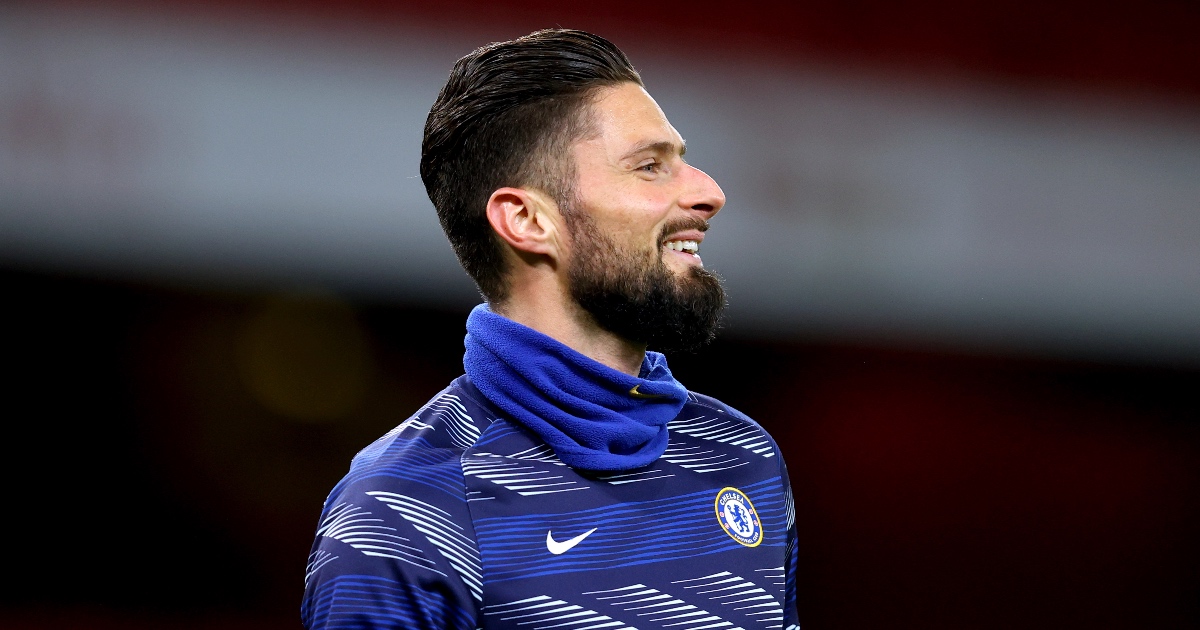 Chelsea striker Olivier Giroud is closing in on a move to AC Milan after reportedly signing a pre-contract agreement with the Italian giants.

The France striker will almost certainly leave Stamford Bridge this summer as his contract expires at the end of June.

He’s been linked with a move to West Ham to stay in the capital, but it seems David Moyes’ side have been beaten to the transfer.

According to Italian outlet Calciomercato (via Daily Mail), Giroud has agreed a two-year deal to join Milan on a free.

The contract is worth around £3.4million-per-season, with performance-related bonuses set to be added if he plays well and scores.

Giroud is hoping to get more game time in Italy after a tough season with Chelsea. Following the arrival of Thomas Tuchel, he was largely restricted to substitute appearances as the German preferred either Timo Werner or Kai Havertz up front.

That decision ultimately paid off for Tuchel as Havertz scored the winning goal in the Champions League final against Manchester City.

Giroud, alongside Englishman Tammy Abraham, has grown tired of sitting on the bench and will soon leave the club.

The 34-year-old, capped over 100 times by his country, is attracted by the proposition of playing Champions League football with Milan next term.

They will feature in Europe’s elite competition for the first time in seven years after finishing second in Serie A.

As they’ve missed out on Giroud, West Ham could now target Abraham to fill their vacant role in attack.

They will need to stump up £40million to land the 23-year-old, who scored 12 goals in 32 appearances this season.

Leicester City are also interested as part of their search for Jamie Vardy’s long-term successor.

Aston Villa are the third Premier League side to be linked with a move. But given the form of England international Ollie Watkins, it’s hard to see Abraham moving to the West Midlands this summer.

Chelsea, meanwhile, will focus on the acquisition of a world-class striker once Giroud has left the club.