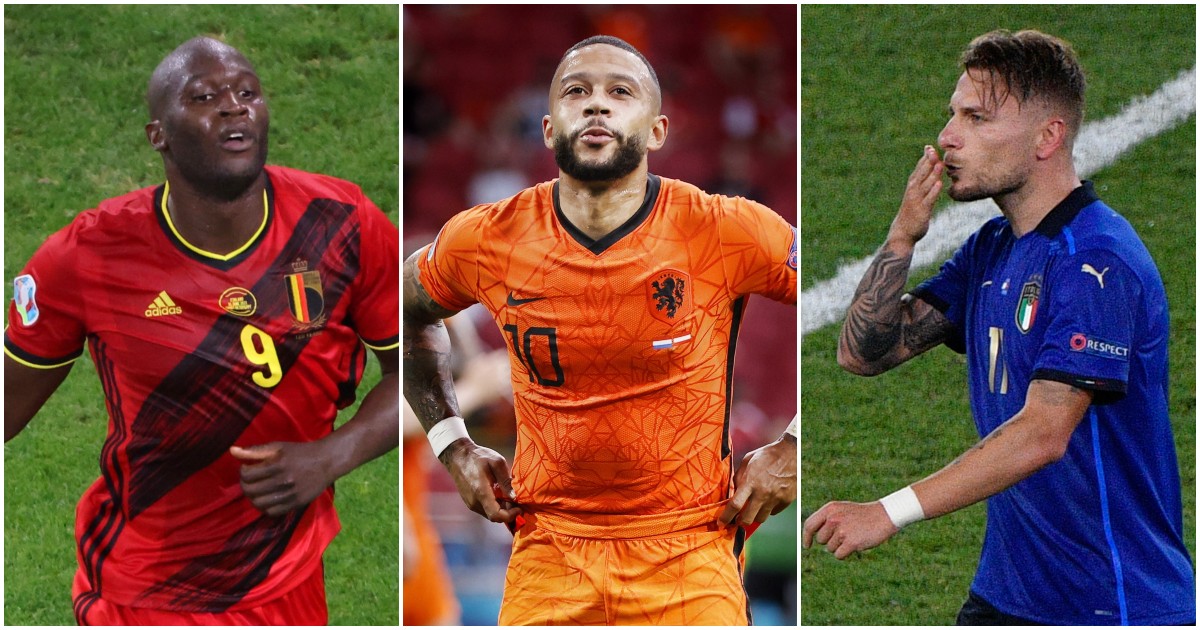 Italy, Belgium and Netherlands have all stayed perfect through their Euro 2020 groups. Not many countries go on to win the trophy that way.

Before this tournament, nine countries had recorded three wins from three group-stage games at a European Championship. Only two subsequently lifted the silverware.

The lack of home nations in France meant that only two matches of Euro 1984 were broadcast on British TV: Spain’s last-minute group-stage win over West Germany and the final, pitting Miguel Munoz’s side against the dominant hosts. The brilliance of Michel Platini, Jean Tigana and Alain Giresse was thus seen only once on these shores as the 1982 World Cup semi-finalists won every game and their first major honour.

From the 18th minute of their opening group game to the 51st minute of their semi-final, Portugal scored ten unanswered goals as the greatest generation of talent the country had ever assembled unleashed itself on Euro 2000. England had a two-goal lead wiped out in little over half an hour. Romania held out until second-half stoppage time. Sergio Conceicao scored the first major tournament hat-trick against Germany since the 1966 World Cup final. But Nuno Gomes seemed certain to break out as their era-defining star, only to be banned from European competition for seven months after pushing referee Gunter Benko in the aftermath of Zinedine Zidane’s extra-time Golden Goal for the world champions. 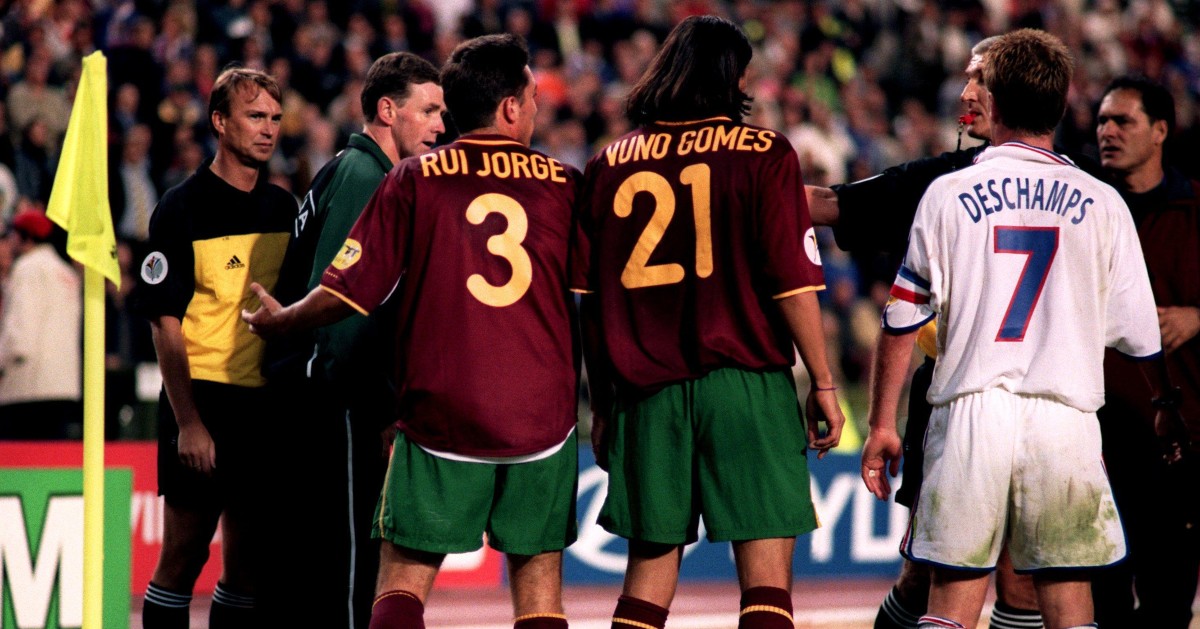 Italy were not expected to go too far at Euro 2000. An exit on penalties to eventual winners France at the 1998 World Cup was a positive showing but Dino Zoff only just managed to navigate qualification for the tournament in Netherlands and Belgium two years later. The Azzurri finished a point above both Denmark and Switzerland to make it, although they handled their group in the competition itself far better. The injury absences of Gianluigi Buffon and Christian Vieri were expected to inhibit their chances yet they overcame the Dutch favourites in the semi-final and were beaten by the world champions in a second successive tournament by virtue of only a stoppage-time equaliser and Golden Goal in extra-time.

That semi-final between Italy and Netherlands was tantalising as both went in with perfect records. But while the former built their progress on a sturdy defence with some phenomenal talents trusted to work independently further forward, the latter embraced their traditions as a stylish attacking team. Manager Frank Rijkaard helped them blitz a group that contained perennial threats Czech Republic and a Denmark side that panicked Brazil in the World Cup quarter-finals two years prior, as well as that irresistible France team. Netherlands actually managed to inflict upon the world champions only their second defeat in 32 games, before recording the biggest knockout victory in European Championship history over Yugoslavia. Then the bloody Italians came along.

It is quite the feat to win all three of your group games while simultaneously being in the lead for a combined 20 minutes. Czech Republic went behind to each of Latvia, Netherlands and Germany at Euro 2004 and battled every time to emerge victorious. Even in their quarter-final it took until the 49th minute for Jan Koller to open the scoring against Denmark. That goal, of course, never did come when an obdurate Greece sent them skidding.

“I cried like a baby that night. It was the biggest setback of my career,” said Luka Modric, which is quite the statement considering he played 17 games alongside Jamie O’Hara. The midfielder was instead recalling Euro 2008, when a modest Croatia side experienced the highs and lows of knockout football in the most extreme fashion. Ivan Klasnic had put them a goal up in the 119th minute of their quarter-final with Turkey, only for Semih Senturk to equalise moments later. Modric, who had netted a penalty in their opening win of a low-scoring group over Austria, was clearly shattered as he missed the first spot-kick of an unsuccessful shootout that sent Turkey through to the semi-final. 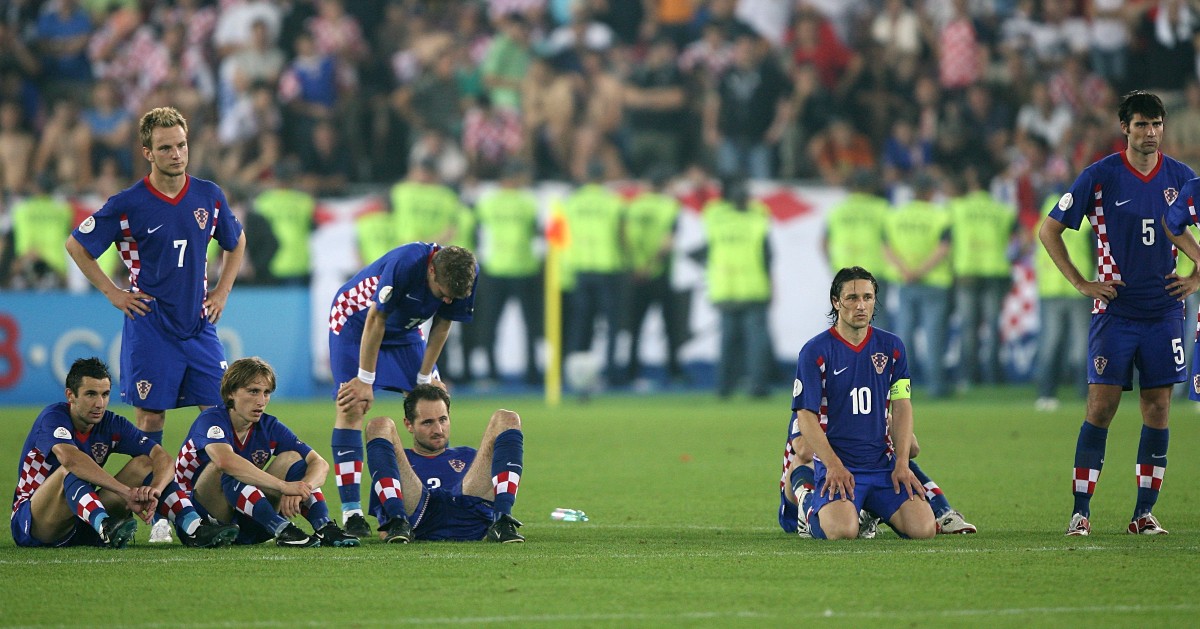 There was sympathy for Netherlands at Euro 2008 after they drew both of the previous World Cup finalists, along with a Romania side that drew with and beat the Dutch to top their qualifying group. But Marco van Basten and his players blitzed through with nine goals for and only one against: a Thierry Henry consolation. Expectations rose as a result but Russia were formidable quarter-final opposition and they prevailed after extra-time in an absolute classic, thanks in no small part to Andrei Arshavin.

Russia met their match in the semi-final as Spain swept them aside for the second time in the tournament. La Furia Roja finally realised their potential at Euro 2008 as the only side that translated a perfect group stage into more than quarter-final heartbreak, although Italy pushed them close. Spain got their few defensive frailties out of the system in a moderate group before suffocating their way through the knockouts, culminating in victory over pre-tournament favourites Germany.

As runners-up at the previous Euros, as well as bronze medallists in the 2006 and 2010 World Cups, Germany entered Euro 2012 in Poland and Ukraine as the only side seen to be capable of stopping Spain. The world and European champions actually dropped points in their group to Italy, while Joachim Low steered his side to a hat-trick of wins from three difficult games. A free-flowing game for the neutral followed as Greece were dispatched in the quarter-finals, yet it was Italy who put a stop to Die Mannschaft in the semis. It was a little like jumping in front of a bullet, mind, as Spain proceeded to thrash them 4-0 in the final for their troubles.