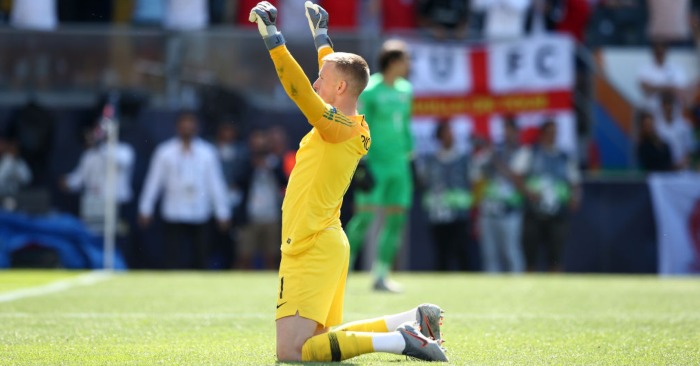 England goalkeeper Jordan Pickford has been named in the Nations League team of the tournament.

The Everton shot-stopper was the only member of Gareth Southgate’s squad to make it into the XI based on UEFA’s FedEx Performance Zone.

Pickford produced a string of fine saves in England’s 3-1 extra-time semi-final defeat to Holland on Thursday and then picked up the man-of-the-match award on Sunday. He is a little busy for our tastes but he undoubtedly had a good tournament.

The third-place play-off against Switzerland ended 0-0 after 120 minutes and the 25-year-old shone in the penalty shoot-out, scoring his attempt before denying Josip Drmic to seal a 6-5 triumph.