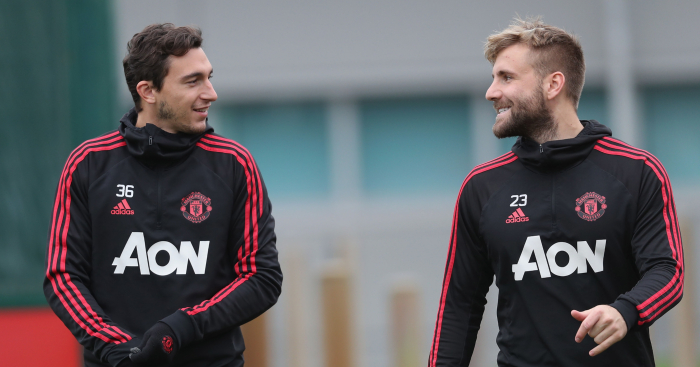 The games are coming thick and fast as we draw a close to 2018. Which players are already starting to feel the benefit of a busier schedule?

ARSENAL – Ainsley Maitland-Niles
Unai Emery is a known fan of Ainsley Maitland-Niles. At the Spaniard’s unveiling as Arsenal head coach, then-chief executive Ivan Gazidis hailed Emery’s knowledge of the squad, naming one player he was “very excited” to work with in particular. “If we were speaking about one of our young players, if we targeted Ainsley Maitland-Niles for example, Unai knows Ainsley,” Gazidis said. “He’s watched him, he’s familiar with his patterns of play, his capabilities.”

The 21-year-old seemed set to play a crucial role in Arsenal’s new chapter, signing a new long-term contract in the summer. But he has not featured in the Premier League since he fractured his leg on the opening day against Manchester City. He started at left-back in that game, and his versatility will be an asset for the Gunners as the fixtures pile up. Since his return to fitness, he has played twice in the Europa League and once in the League Cup, while making the last five Premier League benches.

BOURNEMOUTH – Tyrone Mings
“Tyrone was good. He will be pleased with what he did,” said manager Eddie Howe after throwing the club’s former record signing in at the deep end against Manchester City. That he managed to stay afloat is testament to his character and ability. Despite joining in summer 2015, it was only his 13th Premier League appearance, and his ninth start.

A series of injuries and a Zlatan-shaped suspension have stunted the 25-year-old’s growth at Bournemouth; he is ready to grasp any forthcoming opportunities. “He’s going to be a valuable player for us between now and the end of the season,” Howe added after a substitute appearance in the win over Huddersfield. “I’ve been very pleased with his mentality to not playing – he has been very patient and waited for his chance.”

BRIGHTON – Florin Andone
Glenn Murray started 25 Premier League games last season. Brighton won just three of the other 13, losing eight times and generally looking rather toothless without by far their best striker. This season, Murray has started 13 Premier League games. Brighton have won one of the other two, and can finally cope without the 35-year-old. Murray remains their most potent threat but Florin Andone has done what Tomer Hemed and Jurgen Locadia before him could not. Two December games have brought two December goals; only six players are above him on Brighton’s all-time Premier League top scorer list. Brighton finally have a Premier League squad.

BURNLEY – Phil Bardsley
The perpetrator of Burnley’s “only” bad tackle against Liverpool, Phil Bardsley probably just forgot how to actually dispossess a player properly. Wednesday’s appearance was his first for Burnley in any competition since September 16, his only previous contributions to this forgettable season coming as the victim of a Marcus Rashford headbutt, a wave of Wolves attacks and an ignominious Europa League exit.

CARDIFF – Nathaniel Mendez-Laing
It turns out that Cardiff never phased Nathaniel Mendez-Laing out. The 26-year-old enjoyed as good a Premier League start as he could have hoped for, starting two of the club’s first three games, coming on as a substitute in the other as he retained his importance under Neil Warnock. But his late cameo against West Ham was his first appearance in four months, having been carried off with a knee injury against Huddersfield in August. He is ready to make up for lost time.

CHELSEA – Ruben Loftus-Cheek
For the first time since April 2016 – and for only the third time in his entire Chelsea career – Ruben Loftus-Cheek played 90 minutes for the Blues in a Premier League fixture. It was unfortunate that it coincided with a defeat to Wolves, but the midfielder was one of few Chelsea players to emerge with credit after his opening goal. Maurizio Sarri has already handed him more league minutes in two December games than he granted him in 13 matches from August to November. It’s a quite literal start.

CRYSTAL PALACE – Jason Puncheon
He might not have started a Premier League game since last September, partly due to his ill-fated attempts to foul Kevin de Bruyne in January, but it was not until April that Jason Puncheon was finally knocked from his Crystal Palace perch. Wilfried Zaha’s two goals in a win over Brighton towards the end of last season meant he finally overtook his 32-year-old teammate as the player with the most combined Premier League goals and assists for Palace. Puncheon has been stuck on 32 since May 2017, but has at least returned from injury to warm some benches and offer another option for Roy Hodgson to ignore.

EVERTON – Ademola Lookman
A member of our best Premier League under-21 XI, Ademola Lookman has found it rather more difficult to break into Marco Silva’s plans. After defying Sam Allardyce, heading to Germany and notching a combined nine goals and assists in 11 games on loan with RB Leipzig last season, he did not quite return to a hero’s welcome. His nine Premier League games have included eight as a substitute, with the 1-1 draw against Newcastle his first league start for the Toffees since last November. In a team hardly short of attacking options, he still has plenty to offer.

FULHAM – Neeskens Kebano
Almost an entire year has passed since Neeskens Kebano last started a league game for Fulham. The 26-year-old made such an impression against Birmingham on December 9 that he was substituted at half-time of a 1-0 win, and has rarely been seen since. But a change of manager – and formation – has opened a door that was previously barricaded; a 14-minute cameo against Chelsea was his first league appearance since April.

HUDDERSFIELD – Ramadan Sobhi
“He is close to staying with his team in England and he’s looking forward to taking part in more games,” said Ramadan Sobhi’s agent last month. “What I understand is that the Huddersfield coach wants him to stay and doesn’t want to let him go in the middle of the season, that’s what they talked about in a meeting that happened recently.”

And agents famously do not lie. So yeah.

LEICESTER – Shinji Okazaki
In 90 minutes against Fulham, Kelechi Iheanacho had 21 touches, completed 12 passes, and had no discernible impact. In 19 minutes against the same opponent, Shinji Okazaki had eight touches and completed five passes, but made a tangible difference to turn a damaging defeat into a fair draw with an assist for James Maddison. If Claude Puel is to keep managing Jamie Vardy’s minutes so closely, Okazaki is the more reliable alternative.

LIVERPOOL – Divock Origi
Jurgen Klopp stuck true to his word, if not in the case of Dominic Solanke then definitely with regards to Divock Origi. The Liverpool manager insisted back in August that both “will have a part to play”, and finally delivered on that promise in the Merseyside derby. Solanke is yet to feature on either a Premier or Champions League bench, but Origi has scored one goal and assisted another after finally being let in from the cold.

MANCHESTER CITY – Danilo
Every successful empire needs a reliable foot soldier or two. Danilo is not as naturally talented as many of his Manchester City teammates but his versatility and adaptability are eminently valuable assets. After playing 38 games last season, injury has restricted the Brazilian somewhat, but he provided a reminder of his worth on his first Premier League start of the season against Bournemouth.

MANCHESTER UNITED – Matteo Darmian
After almost being sold at numerous points across the last few seasons, Matteo Darmian finds himself in a position of unexpected power at Manchester United. A fine performance against Arsenal was the latest example of the Italian being dropped into a shitshow and emerging smelling of roses. United have not lost any of the three games he has started, which could see him leapfrog either Ashley Young or Antonio Valencia in a hilariously underwhelming pecking order.

NEWCASTLE – Christian Atsu
It is quite mental that Christian Atsu (£6.2m) was the second most expensive player in Newcastle’s starting line-up against Everton, behind only Jacob Murphy (£12m). It is also quite weird that the 26-year-old played the 90 minutes, missing a couple of presentable opportunities to win it late on. He has already played in four different positions this season at a time when needs really must for the manager.

SOUTHAMPTON – Michael Obafemi
For a player whose five career Premier League appearances have come under two different managers and one caretaker, Michael Obafemi has managed to avoid any permanent damage. Mark Hughes did actually note that the 18-year-old “could very well be someone we can use”, so hopefully Ralph Hasenhuttl feels the same way.

TOTTENHAM – Juan Foyth
Not since September’s win over Brighton have Toby Alderweireld and Jan Vertonghen started a Premier League game alongside one another in a centre-half pairing. Davinson Sanchez reprised last season’s role as delightful third wheel until injury curtailed his progress, but Juan Foyth has picked up that ball and ran with it for miles. The Argentinean has started Tottenham’s last five Premier League matches, as the club’s former Belgian duopoly has been consigned to history.

WATFORD – Nathaniel Chalobah
To fail to keep the pace with Manchester City is no crime. Better players have tried and failed far more spectacularly. Nathaniel Chalobah started for Watford against the champions and leaders in midweek, completing 15 passes and not making a single tackle in 62 minutes.

When you remember it was only his second Premier League start of the season, you start to wonder why he was there in the first place. The 23-year-old has only recently made his return from a long-term knee injury, and is undeniably a useful central midfield option in times of rotational need, even if City was a step much too far.

WEST HAM – Lucas Perez
In scoring his first Premier League goals since January 3, 2017, Lucas Perez also made the third-longest Premier League appearance of his entire career against Cardiff. He was a bloody substitute, albeit one that lasted 50 minutes. And with Marko Arnautovic out for the rest of the year, he might have to allegedly refuse to warm-up again on a much more regular basis.

WOLVES – Leander Dendoncker
Quite comfortably the last of our five summer signings we’re still waiting to see to emerge from the backstage area, Leander Dendoncker impressed on his eventual Premier League debut, even if it only comprised of nine minutes, helping to ensure backs were firmly against walls at home to Chelsea. The World Cup semi-finalist had only made four of a possible 14 benches beforehand. He finally has his foot in the door, and now just has to force his way in at either central midfield or centre-half.