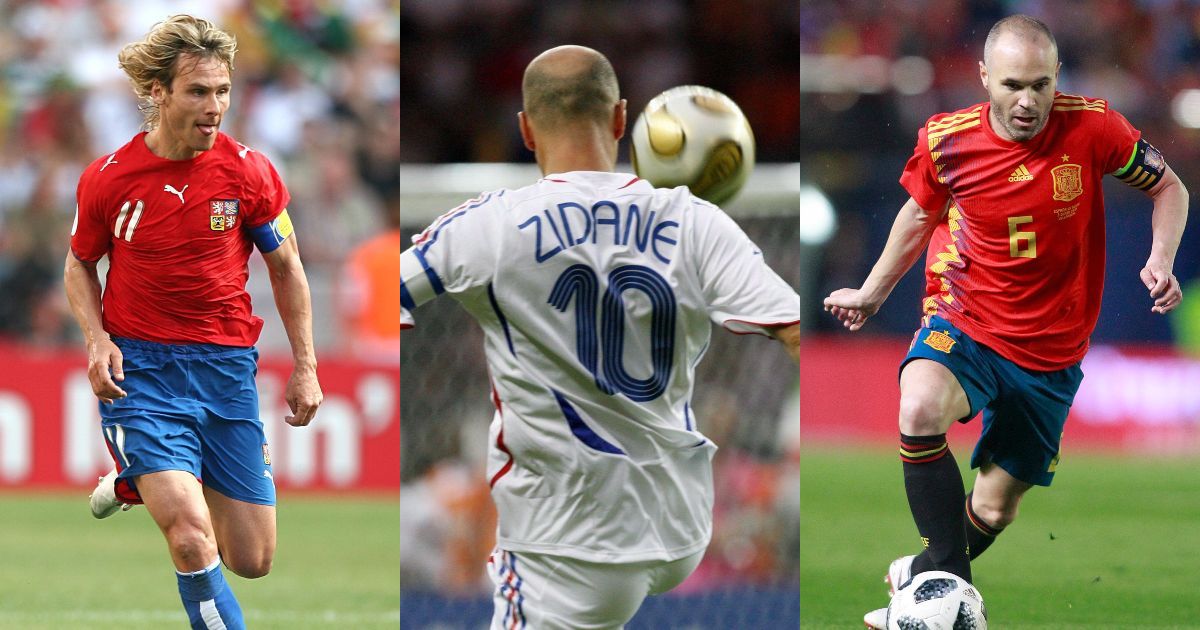 As we move out of the Euros group stages and say goodbye to the eight teams that were so bad they couldn’t even accidentally qualify in third place, we take a look at the 16 that managed to make it though to the knock-out stages.

No team is perfect, despite what people might be telling you about Italy at the moment, and pretty much every team has an area ripe for improvement. In what some may think is an entirely pointless exercise, we propose one player from the past to help each team.

Italy: Gianluigi Buffon
You would think that they were perfect from the recent Euros coverage and with three wins and three clean sheets, it’s pretty hard to pin-point something that needs changing. So maybe the answer is Gianluigi Buffon, just because it seems harsh that he’s had to play behind some ill-fated Italy teams and then watch them perform well from his sofa.

Wales: Ashley Williams
As much as a straight swap from Kieffer Moore to Ian Rush sounds tempting, the Welsh actually have a lot going forward in Gareth Bale. They also have talent in midfield with Aaron Ramsey, Daniel James and Joe Allen, but it’s their defence that will need a bit of help to push them through against Denmark. Ashley Williams in his Swansea City prime would offer a lot of defensive stability to the Dragons.

Switzerland: Philippe Senderos
The Swiss have made it through in third place and will face off against France as a result. Strong up front with Breel Embolo and with Granit Xhaka and Xherdan Shaqiri pulling the strings in midfield, we would probably suggest a defensive addition to help Ricardo Rodriguez actually attack. Philippe Senderos as a third centre-back would be their selection, although Kylian Mbappe would probably be rubbing his hands at the thought of playing against him.

Belgium: Vincent Kompany
The Belgians are another squad drenched in quality, but there is something that could improve them. Despite the number of ‘big name’ players they have in defence such as Jan Vertonghen, Toby Alderweireld and Thomas Vermaelen, they’ve all been in steady decline. The addition of a prime Vincent Kompany would help shore up the back three that Roberto Martinez likes so much. 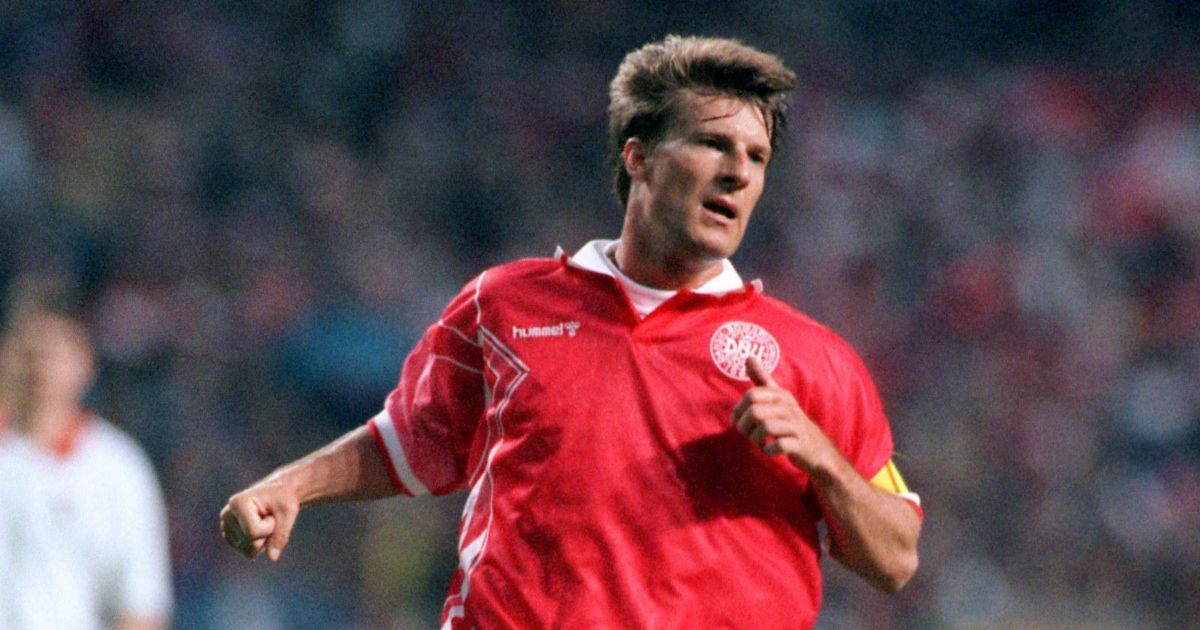 Netherlands: Marco Van Basten
The Dutch team isn’t what it once was. Previously one of the scariest outfits to face, they lack that magic they once had. The easy answer would be Johan Cruyff, but with Frenkie De Jong and Gini Wijnaldum in midfield it’s slightly further up the pitch the Dutch need help. Marco Van Basten would be their helping hand, plus he must be fuming that Wijnaldum has now scored more international goals than him and would want to put things right.

Austria: Marc Janko
The Austrians haven’t exactly got the most illustrious list of former players and arguably their best ever is still in their squad in David Alaba. They’ve also got creativity in Marcel Sabitzer, but Marko Arnautovic isn’t exactly setting the world on fire. Target man Marc Janko only retired from international football in 2019, but at 6ft 5 it’d be fun to see him in the box from set-pieces as they take on Italy at Wembley.

Czech Republic: Pavel Nedved
The Czechs have had a list of players who excelled far and above expectations, but barring the West Ham boys, this squad is pretty low on talent. For that reason it feels ridiculous not to give Pavel Nedved a swing at proving to people he deserved the 2003 Ballon d’Or.

England: Frank Lampard
Yet to concede a goal and with an abundance of quality in attack (despite only scoring two goals) it would seem centre midfield would be the place England would want to improve upon. Your mates at the pub are fuming that Southgate keeps playing two defensive midfielders so a box-to-box midfielder would be a perfect addition. Frank Lampard or Steven Gerrard could be the answer, but given England are playing the Germans, Lampard would love to line up against them with goal-line technology in his favour.

Croatia:  Slaven Bilic
Croatia’s midfield is stacked and it appears they’ve been able to score goals from the wings, but defensively they’re not great after conceding in every game so far. Slaven Bilic is the hard man that we all want to see trying to deal with VAR and he would offer organisation, defensive stability and reckless challenges. Sorry Davor Suker.

Sweden: Zlatan Ibrahimovic
It feels like this is the only possible answer really. You could look at youngster Isak who is clearly a special talent up front and think maybe a Freddie Ljungberg would be a good addition, but given the Swedes wanted to take Zlatan anyway he would clearly be a big help.

Spain: Andres Iniesta
Despite a fantastic performance against Slovakia, Spain have looked uninspired so far at the tournament. Obviously they’ve improved their defence by bringing in French players and as much as Alvaro Morata frustrates the entire population of Spain, it’s not a striker that would improve them most. Andres Iniesta would help move the ball forward and stop Sergio Busquets from thinking he’s playing rugby with all his backwards passes.

France: Zinedine Zidane
The list of talent in this current France team is huge, but so is the list of ex-players who are good enough to play in it. Didier Deschamps has a seriously impressive squad to play around with. Defensively they’re very solid and they’ve got a front three that leaves fans frothing at the mouth. N’golo Kante and Paul Pogba are world class in midfield, but could they do with someone sat just in front of them to add some more magic? Zinedine Zidane would offer goals, creativity and if they get to the final, possibly some more head-butting.

Germany: Miroslav Klose
The Germans played out of their skin against Portugal, but looked lacklustre against both France and Hungary. With a game against the Three Lions next, they will have to up the ante. Currently Serge Gnabry is playing up top for Joachim Low and despite his impressive goalscoring record, he is a natural winger. The return of the king of tournament football, Miroslav Klose, would guarantee more goals and allow others to play their natural position.

Portugal: Deco
Scraping through ahead of Hungary in the ‘group of death’, the Portuguese still have Ronaldo leading the top goalscorer list so far at the Euros. Defensively they’ve managed to push Pepe out on his zimmer frame to sit next to Premier League Player of the Year Ruben Dias, but with Bruno Fernandes being seemingly non-existent so far they need someone else to be creative in midfield. As much as shoehorning Luis Figo in behind Ronaldo sounds tempting, a natural attacking midfielder in Deco could work wonders for this Portugal side.