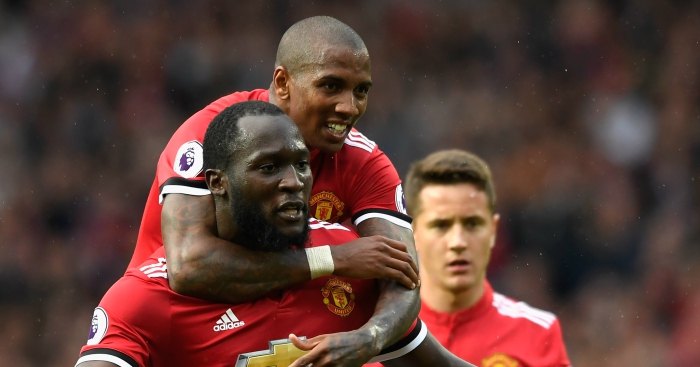 ARSENAL – Ozil/Sanchez replacements
Over the past three seasons, Arsene Wenger has rarely dipped into his Christmas funds in the New Year. Cohen Bramall arrived for peanuts last winter, Mohamed Elneny joined the mid-season prior, and in 2014/15 the manager made it his resolution to make two game-changing signings in Krystian Bielik and Gabriel Paulista. But January signings are rarely top of Wenger’s wish list.

This campaign might be a little different. The futures of Mesut Ozil and Alexis Sanchez remain uncertain, and while unlikely, Wenger could choose to gamble and try to bed in replacements for either or both in the final months of the season. Heck, a sizeable purchase could even persuade them to stay. If only wage bills weren’t a thing.

BOURNEMOUTH – Central midfield
Since their promotion to the Premier League in 2015, only three players have started more than 12 league games in central midfield for Bournemouth. Andrew Surman (63), Harry Arter (60) and Dan Gosling (48) are relatively solid options, but should not be regular starters at this level. Still, at least it is ready-made for the possible drop to the Championship.

BRIGHTON – Striker
If reports of an £18million offer for Moussa Dembele are to be believed, Chris Hughton feels the same way. Brighton have scored 15 Premier League goals this season – only the bottom two clubs West Brom (14) and Swansea (11) are less prolific – and have scored more than one goal in just three of their 20 games. Glenn Murray is surely a lovely fella, and no-one expected him to score five goals by this point, but Pascal Gross needs a little more help. He is supplying bullets yet the strikers are still firing blanks.

BURNLEY – Central midfield
Having made just 17 changes to his starting line-up in 20 Premier League games, Sean Dyche will not entertain any mid-season alterations to his first team. So it is in the squad depth of the unlikely Champions League challengers that improvements are needed. And while Nick Pope has filled in for Tom Heaton and Kevin Long has fared relatively well in James Tarkowki’s stead, the manager will have breathed a sigh of relief that his midfield has been untouched.

Steven Defour and Jack Cork have started every game, while Jeff Hendrick has also featured heavily. After that trio, the central midfield options comprise of Fredrik Ulvestad, Dean Marney and Ashley Westwood. In a less interchangeable position than defence or up front, Dyche might deem midfield reinforcements crucial.

CHELSEA – Striker
“He has to show me that he’s better than Morata, or than Hazard. It’s very simple,” said Antonio Conte earlier this month, but the general feeling is that Michy Batshuayi will never truly persuade the Chelsea manager of his supposed £33million worth. The Belgian netted the title-winning strike last season, and has more goals (18) than starts (14) in all competitions since joining. But being jeered by his own fans and flattering to deceive unless introduced off the bench lives longer in the memory. There is a reason Conte courted Fernando Llorente so eagerly in the summer.

CRYSTAL PALACE – Striker
Similarly in need of an alternative striker, or at the very least a viable back-up, are Crystal Palace. Of their 16 Premier League goals this season, only one has been scored by an out-and-out forward: Christian Benteke. And while the Belgian has proven a fine foil for Wilfried Zaha’s goalscoring exploits, Roy Hodgson would be foolish not to source another option – particularly when Freddie Ladapo or an injured Connor Wickham are the next taxis off the rank.

EVERTON – Striker
Some things never change, and Sam Allardyce has already spent much of his January fielding questions about Olivier Giroud and his wife. Interest in the Arsenal striker is unlikely to be renewed from the summer, but the point remains: Everton need a forward to convert any chances that Oumar Niasse misses – if such a thing exists – and Kevin Davies is unlikely to be tempted out of retirement.

HUDDERSFIELD – Winger
It is testament to David Wagner and his Huddersfield charges that the Terriers are firmly and comfortably ensconced in mid-table with Rajiv van La Parra and Elias Kachunga as their main wide options. An injury to the latter further exposes a list of willing but limited options: Tom Ince, Collin Quaner, Joe Lolley and Abdelhamid Sabiri. Theo Walcott is probably good enough for their bench.

LEICESTER – Central defence
In their historic Premier League title-winning season in 2015/16, Leicester built their success on an impenetrable defence. Captain Wes Morgan did not miss a single minute, while Robert Huth played all but three matches. In those games, they conceded four goals and did not keep a clean sheet.

Claude Puel, and Craig Shakespeare before him, have clearly learned the lesson. Morgan has reprised his ever-present role in defence, with Harry Maguire also playing every minute alongside him. But behind Harry Redknapp’s preferred England centre-half pairing for the World Cup next summer, the Foxes are threadbare. The untested Aleksandar Dragovic is their first-choice back-up with Huth injured, while Yohan Benalouane may be just one suspension away from featuring. And no-one wants that. Not even Yohan Benalouane.

LIVERPOOL – Central defence
There is no secret as to Liverpool’s main weakness this season. Simon Mignolet has evoked vivid memories of Lev Yashin with his wonderfully reliable performances in goal. Dejan Lovren and Ragnar Klavan have established themselves as the club’s true successors to Lawrenson and Hansen at the heart of the defence. Joe ‘Cafu’ Gomez and Alberto ‘Roberto Carlos’ Moreno have not put a foot wrong.

The defence is flawless, the envy of Europe, yet it is in attack which Liverpool are constantly found wanting. Philippe Coutinho, Roberto Firmino, Sadio Mane and the hapless Mohamed Salah have scored a measly 56 goals between them this season. Luis Suarez would be rolling over in his grave, were he consigned to one.

Yet Klopp, fans, media and those generally sound of mind still believe it is the defence that needs sorting – even if Alan Shearer’s best friend Virgil van Dijk goes some way to plastering over that gaping hole.

MANCHESTER CITY – Central defence
What do you buy the guy who already has everything, including a 15-point gap at the summit of the Premier League after 20 games? Another centre-back would perhaps not go amiss, although Van Dijk is now off the table. John Stones is still injured and Vincent Kompany is never more than a brisk December jog away from a similar setback himself. Which means Eliaquim Mangala is starting Premier League games for the runaway leaders in 2017.

If Jose Mourinho is wound up by City “buying full-backs for the price of a striker,” just wait until January…

MANCHESTER UNITED – Full-back
While Manchester United would probably be wiser to spend any January funds on a cleaning service to help tidy up the toys thrown from Mourinho’s pram, the playing squad needs some investment. The manager would want anything ranging from a striker or No. 10 to a new winger, centre-half or central midfield back-up. But the most pressing issue is at full-back.

Ashley Young and Antonio Valencia are solid squad options and two of United’s most consistent performers, but the pool behind them is a shallow one. Victor Lindelof barely stayed afloat at right-back against Leicester, while Luke Shaw, Matteo Darmian and Daley Blind have been various shades of underwhelming at left-back.

Mourinho had better not only hope his tantrum works, but that Ed Woodward can spend the money wisely.

Thanks for your time.

SOUTHAMPTON – Striker
When Charlie Austin is the only Southampton striker with more shots this season than Maya Yoshida, there is a slight problem. And when said Charlie Austin is injured for the foreseeable future, the problem is a little more pressing. The majority of the funds from the Van Dijk sale absolutely have to go towards another striker.

STOKE – Central midfield
Mark Hughes might believe he has a defensive crisis on his hands at Stoke, but the Potters have more pressing concerns further up the pitch. A central midfield of Darren Fletcher and Geoff Cameron started against Huddersfield, but they can also be found pictured underneath the term ‘pedestrian’ in any respectable dictionary.

TOTTENHAM – Central midfield
Victor Wanyama’s supposedly imminent return from injury would be a timely boost for Tottenham in an area they have been left somewhat short in without him. The Kenyan was initially expected to miss just three weeks, with Harry Winks and Moussa Sissoko helping the shoulder the burden. But Wanyama’s is a workload too heavy for many of his teammates, and they have struggled without him.

Eric Dier impressed as one of Harry Kane’s supporting act against Burnley and Southampton, but there are doubts over his long-term suitability in the position. And Mousa Dembele’s influence in central midfield has waned. To expect Wanyama to return to form instantly is wishful thinking, so perhaps an experienced stopgap is needed.

WATFORD – Striker
Troy Deeney’s desperation to show off his cojones to anyone in the near vicinity is an act that has finally worn thin at Watford. The club captain in name alone has had as many suspensions as goals this season (2), and can no longer be relied on as a first-choice starter. The plan may have been for the faster, younger Andre Gray to succeed him, but the club-record signing has the same amount of goals in six more games.

With Richarlison now earning the distinction of being double-marked in games, and subsequently not scoring in eight games, the Hornets need someone else to provide a sting in attack. The best player outside the top six cannot do it alone.

WEST BROM – Striker
To source a consistent striker for an affordable fee, one capable of scoring goals and leading the line in the Premier League, is far more difficult than it sounds. Yet it is the task facing many a manager and scouting network this winter. And chief among those is West Brom, the second-lowest scorers this season, a team for whom only one player has scored more than two goals, and a team for whom Hal Robson-Kanu is their second-top scorer.

When even Sexy Pards and his sexy dancing conjures just two goals in his first six games, it is not difficult to diagnose the problem.

WEST HAM – Central midfield
Be it Steven N’Zonzi or Jack Wilshere, it does not require a scientist specialising in a missile, spacecraft, aircraft or other vehicle that obtains thrust from a rocket engine to work out West Ham’s January desires. The club with Mark Noble starting more than half their games in central midfield believe they need reinforcements in central midfield.

Cheikhou Kouyate, Pedro Obiang. Noble, Declan Rice and Edmilson Fernandes are about as suitable starters for a Premier League side as they would be a successful boyband. They have scored four goals between them this season, but failed to provide a single assist. The Hammers have wonderful talents in forward positions, with Marko Arnautovic and Manuel Lanzini capable of breaching most defences, and Andy Carroll capable of elbowing almost any eye socket. But some midfield creativity is an absolute must. And heck, Leon Osman just happens to be available.