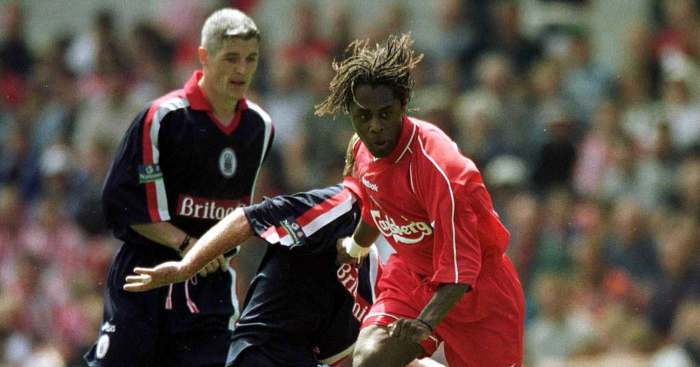 Gerard Houllier signed Diomede – who is now 45 – from Auxerre in 2003 before he moved to French club Ajaccio after failing to make his breakthrough with the Reds.

Diomede may have only made a handful of appearances for Liverpool but he was in the Anfield dressing room long enough to notice Diouf‘s poor attitude.

When asked by L’Equipe (via Sport Witness) to name something crazy that happened during his career, Diomede said: “El-Hadji Diouf in Liverpool. When you arrive in England, you are nobody. Especially in a club with strong identity with Gerrard, Fowler, Owen, Carragher.

“He, he feared no one, was like at home and did not respect the rules: you had to speak English and he spoke French, he kept it up all the time, mocked the dressing room, on the bus. It was reframing in the training: a player missed the pass so that behind takes a tackle.”