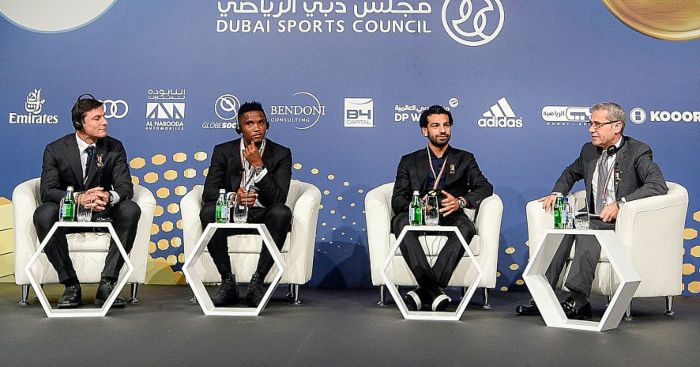 Samuel Eto’o believes Mohamed Salah “has to sign for Barcelona” if given the opportunity.

Salah has been linked with a move to La Liga for some time, having scored 71 goals and won a Champions League in two seasons at Liverpool.

The 27-year-old has four years left on his Anfield contract and is happy on Merseyside, despite persistent claims of his and Jurgen Klopp’s relationship breaking down.

But Eto’o believes La Liga could tempt Salah away, with Barca a more natural suitor.

“Barcelona would be a better fit,” he told BBC Sport of speculation linking the Egyptian to Real Madrid.

“Real gave me the opportunity to leave Africa but I know Barcelona’s style and I think it would be better for him.

“If he has the chance to play in the best league of the world, which is the Spanish one, he has to sign for Barcelona.

“Mo has everything to be one of the best players in the world.”