Home F365 Features One per club: Players with 11 days to shift off the wage bill 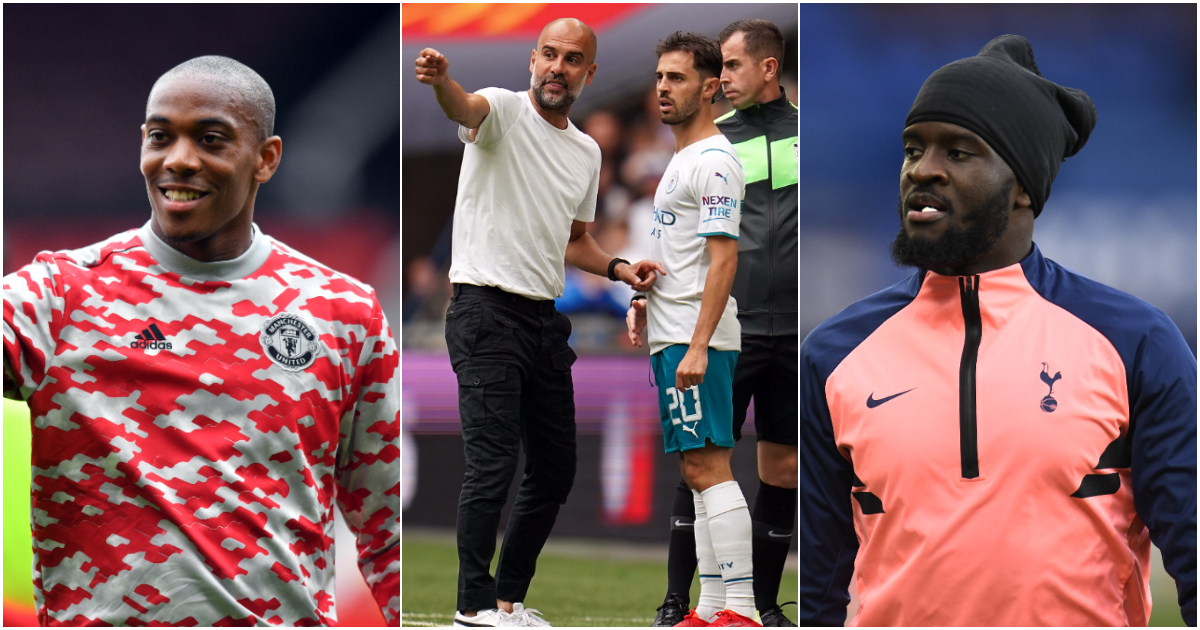 No matter how well run a club might be, there’s always going to be players whose wages could be better deployed elsewhere. Maybe because they’re terrible, maybe there’s just a lot of other options in their position, or maybe because they’re an unjustifiable luxury in these difficult times. Hello, Tanguy Ndombele. Whatever the cause, here’s one for every club to move on if they possibly can…

Arsenal: Willian
A reminder to us all that bargains can be deceptive. One of the least free free transfers ever thanks to a whacking great signing-on fee, large wages and almost non-existent on-field return on investment. Has scored one Premier League goal for Arsenal and hasn’t appeared in a league game since. They will continue paying him £200,000 a week for another two years unless someone can be convinced to take him off their hands.

Aston Villa: Wesley
The knee injuries are beyond unfortunate but his record even before that was already a bit shaky. If he’s not getting off the bench as the team tries – and almost succeeds – in clawing back a 3-0 deficit despite the absence of last season’s top scorer Ollie Watkins then you do have to wonder how much use Villa are actually going to get out of a player who, albeit not entirely through his own fault, finds himself slipping down the pecking order.

Brentford: Julian Jeanvier
The Guinea international spent last year on loan in Turkey and returns to find even more competition for places at the heart of Brentford’s defence thanks to the arrival of £14m man Kristoffer Ajer from Celtic.

Brighton: Jurgen Locadia
The Seagulls are probably feeling pretty good about their offloading this summer having brought in a cool £50m for their third best centre-back, but we all know that it’s not at that end of the pitch where xG FC have their problems. Oh no. Given the extensive coverage of Brighton’s well-established single flaw – an utter inability to put ball in goal on a regular basis – then you have to ask serious questions about the merits of any striker on the books who can’t get any kind of look in. A classic perma-loaner facing the prospect of spending the last season of his contract rather stuck, Locadia is coming up fast on the two-year anniversary of his last game for Brighton.

Burnley: Erik Pieters
Ah, Burnley. The place where every one-per-club idea inevitably runs aground. But come on, what Premier League club truly needs an Erik Pieters in this the year of our Lord 2021?

Chelsea: Danny Drinkwater
Will continue picking up his £110,000 a week one way or the other, and Chelsea are surely now fast running out of suckers to pay anything towards that for a loan deal. It’s not been the greatest transfer success story, this one. Only a year left, though. Chelsea fans can at least console themselves that it’s only another £6m before they’re shot of him.

Everton: James Rodriguez
Gutting. It really was great fun for a while there at the start of last season, wasn’t it? Like something was happening. But then… Everton. Any semblance of sense this wacky and decadent move made when Carlo Ancelotti was manager has now evaporated.

Leeds: Patrick Bamford
It’s the last thing anyone would expect just after he’s signed a new contract. Classic Leeds. No? Fine. We just couldn’t really think of one for Leeds and didn’t want to waste our one precious get-out-of-jail-free “N/A” here because…

Leicester: N/A
Absolutely not. Nobody must be allowed to leave Leicester. A club that loses on average 2.3 players to injury every single game (subs please check) simply cannot be selling any of the few players in their possession not currently injured. That’s just common sense.

Liverpool: Loris Karius
Player contracts can be much longer than you expected, can’t they? Hasn’t played for Liverpool since that game and has spent the last three years on loan to Besiktas and Union Berlin. Is unlikely to add to his Liverpool appearances during this, the final year of his contract.

Manchester City: Bernardo Silva
The man wants out, he’s had enough. But not to Spurs – he still has his dignity. City would quite like him to go somewhere as well as they try to scrounge up enough coin to get Daniel Levy to answer their calls.

Manchester United: Anthony Martial
The lessons finally seem to have been learned: Martial has an incredibly high ceiling and immense talent, but is simply not a player who can be relied on to deliver consistently. That’s not going to be enough for Manchester United and it’s starting to look like one of those where a move is just the best thing for everyone now. There’s a player in there who could be an absolute favourite somewhere a little less exacting.

Newcastle: Joelinton
Based on that opening-day performance against West Ham, Newcastle could arguably do with getting rid of everyone apart from Callum Wilson and Allan Saint-Maximin and starting again from scratch. That’s probably not a practical or feasible solution to what was an alarmingly feeble collapse against the Hammers, but with Henri Saivet’s contract having finally expired we’ll go with Joelinton’s continued employment despite two years of studious goal avoidance.

Norwich: Jordan Hugill
Came off the bench 24 times for Norwich last season. Seems unlikely to get anywhere near the bench anywhere near often enough to challenge that number this year. Four goals in 31 (admittedly mainly substitute, as we’ve established) appearances at the lower level doesn’t exactly scream good value in the top flight.

Southampton: Shane Long
Southampton have already cleared some high earners off the wage bill, but that’s not really a good thing. Saints are, though, still currently facing the prospect of paying Shane Long for another 11 months for some reason.

Tottenham: Tanguy Ndombele
With great reluctance and no little sadness we must now conclude this is probably a lost cause. That tantalising yet all too brief spell when Ndombele looked like turning himself into a player even Jose Mourinho could rely on now appears to be over. He seems to be thoroughly unsuited to the tempo Spurs want to play at if the City game is anything to go by and is now behind even Harry Winks – a man who has quite literally forgotten what football is, never mind how to play it – in Nuno’s midfield thinking. Ndombele earns far too much for Spurs to able to countenance him sitting around and not playing. With only 10 days left before the transfer window shuts, Spurs still have urgent areas of weakness to address and could really do with freeing up some wage space. He will be great somewhere, but it looks increasingly unlikely that Spurs is that somewhere.

Watford: Will Hughes
A target for Crystal Palace and Aston Villa and currently training with the U23s due to a CONTRACT IMPASSE, which sounds tremendously exciting. Inexplicably still only 26 despite currently entering what must be at least his 23rd season as a professional footballer.

West Ham: Andriy Yarmolenko
Manuel Lanzini’s annual goal against Tottenham means he’s probably worth sticking with for another year at least but keeping Yarmolenko on for 60-second cameos seems an injudicious use of precious cash. Especially surprising to see him still a West Ham bit-player after his eye-catching Euros. You’d think that would’ve convinced West Ham to either use him or lose him. And yet here we are.

Wolves: Rafa Mir
Played a huge part in Spain’s Olympic silver medal with an extraordinary quarter-final hat-trick against Ivory Coast, stepping off the bench in stoppage time to bag a last-gasp equaliser and then adding two more in extra-time for good measure. And yet those giddy goal-filled 30 minutes are still longer than his entire league career for Wolves, which currently comprises two brief appearances in 2018. When Wolves were still in the Championship. What is he still doing here?