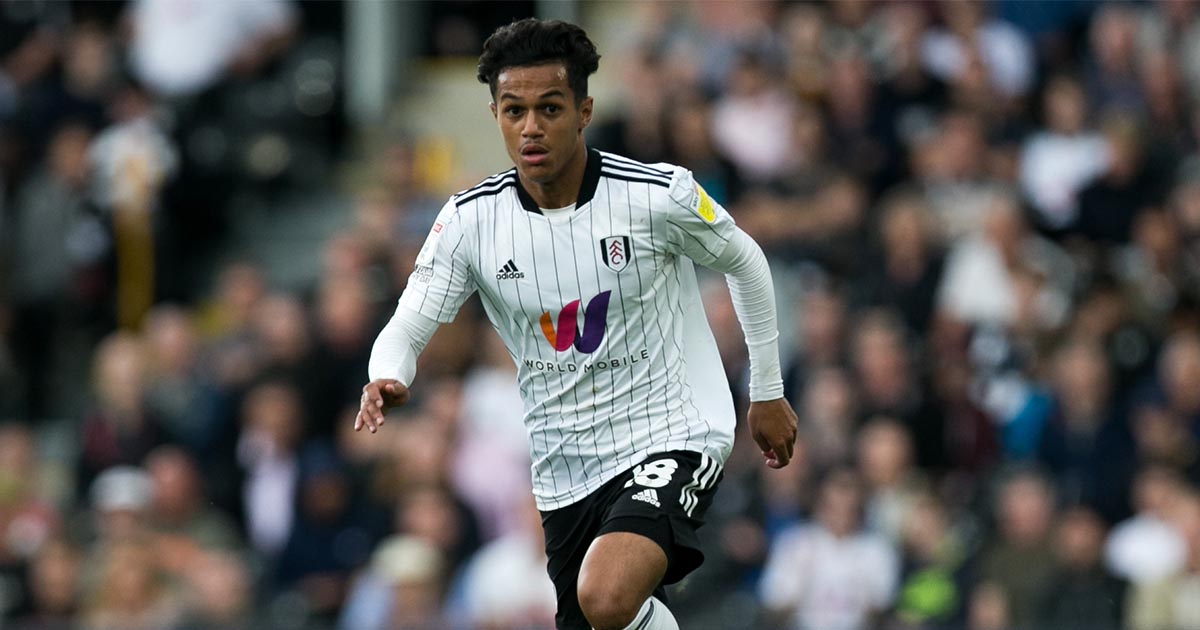 Barnsley – Callum Styles
Barnsley have struggled so far this season and are now well rooted inside the bottom three, but despite their struggles there are a number of seriously talented youngsters in the group.

Callum Styles looks like the player that is most likely to make the step up to Premier League football at some point in his career. The 21-year-old has played a lot of the season in central midfield, although I would argue his best performances have come whilst playing as a left wing-back. With the rise in popularity of three-at-the-back formations in the Premier League, I don’t think it will be too long before someone comes in for Styles.

Birmingham – Tahith Chong
The Manchester United youngster has had a decent start to his loan spell at St. Andrew’s as he has picked up two assists and has been one of Birmingham’s most creative outlets.

The 21-year-old may not end up making it at Old Trafford, but there’s no doubt he has the technical ability to produce at a higher level.

Blackburn – Ben Brereton Diaz
Since his Chilean call-up, Ben Brereton has been a prolific goalscorer at Blackburn and he has more than filled the goalscoring void that was left by Adam Armstrong’s departure in the summer.

He can play anywhere across the forward line, with his best performances of the season coming as a left winger who likes to cut inside and run at defenders.

Blackpool – Dujon Sterling
Blackpool (one of our Championship winners this week) have the choice of two top right-backs this season with Jordan Lawrence-Gabriel and Dujon Sterling both competing for a place in the side.

Sterling came up through the ranks at Chelsea and is currently on loan at Bloomfield Road after signing a two-year contract extension with Chelsea. If this loan spell goes to plan, Sterling could put himself in the shop window.

Bournemouth – Jordan Zemura
The majority of this Bournemouth squad has already or is likely to go on to play in the Premier League, but one player worth flagging up is Jordan Zemura, who has broken into the first team this season.

Zemura has been assured at the back as well as developing an excellent partnership down the left-hand side with Jadon Anthony, which has seen the defender chip in with three goals this season.

Bristol City – Han-Noah Massengo
The French midfielder has had a fairly mixed time in England since making his move from Monaco in 2019, but this season he’s certainly been making strides in the right direction.

An injury has slightly halted his progression, but Massengo now looks much more composed and assured on the ball and he certainly has the natural talent to end up in the Premier League.

Cardiff City – Ryan Giles
Ryan Giles has done fairly well in a struggling Cardiff side this season; he has been their most creative outlet as he has produced five assists so far.

Giles has proven to be quite versatile as he can comfortably play as a wing-back or as part of the forward three. The 21-year-old is on loan from Wolves and if he continues to impress, he might get his chance in the Premier League next season.

Coventry – Callum O’Hare
I’m not sure whether it’s just because he has a headband and wears short socks, but Callum O’Hare does remind me of Jack Grealish in his early days at Aston Villa.

Similar to Grealish, he draws plenty of fouls with his playing style and is currently the most fouled player in the league with 45 fouls against him. He’s also in the top 10 players for the most key passes (29) and it seems like the only thing missing from his game is his goal output. If he can add that then plenty of Premier League clubs will soon come knocking.

Derby – Krystian Bielik
Krystian Bielik’s time at Derby has been interrupted by two long-term injuries, the second of which has kept him out of action so far this season.

Despite missing so much football over the past two years, there’s no doubting his talent. He came up through the youth ranks at Arsenal and he possesses all the natural ability to make it at the top level.

Fulham – Fabio Carvalho
Fulham have an excellent track record with bringing through youngsters and giving them opportunities in the first team and Fabio Carvalho looks like the latest star to emerge from Craven Cottage.

Carvalho has four goal contributions in just five starts for Fulham this season and the 19-year-old has an incredibly high celling.

Huddersfield – Lewis O’Brien
In the summer transfer window, there seemed to be plenty of speculation surrounding Lewis O’Brien as he popped up on the radar of some Premier League clubs.

It’s no surprise why, O’Brien has a brilliant engine on him and is able to set the tempo in the midfield with his range of passes.

Hull – Keane Lewis-Potter
The 20-year-old winger will be keen to follow in the footsteps of Jarrod Bowen and become the club’s main talisman.

Lewis-Potter has serious quality when he is able to drift inside from the left wing and he will be looking to build upon the success of last season, which saw him get 18 goal contributions in League One.

Luton – Elijah Adebayo
The Luton forward is going through quite the purple patch at the moment and long may it continue.

He has scored seven goals in just 12 starts so far and at only 23 years old, there’s no reason why he can’t continue to develop his game over the next few years.

Middlesbrough – Martin Payero
Middlesbrough’s biggest summer signing certainly has the natural talent to cut it at a higher level in a few years’ time.

After a fairly slow start to his life at the Riverside, Payero has now started Middlesbrough’s last five league matches and he’s started to chip in with the goals.

Millwall – Daniel Ballard
The obvious pick for Millwall would have been Jed Wallace, who has been one of the best players at this level for quite some time now, but Daniel Ballard has a massive future ahead of him.

At only 22 years old, the Arsenal loanee has seriously impressed at Millwall so far and I wouldn’t be surprised to see a Premier League club come in for him soon.

Despite Forest’s struggles under Chris Hughton at the start of the season, Johnson looked like the spark in an otherwise flat forward line. Since Steve Cooper has arrived, Johnson has only got better and he already has six goal involvements this season.

He has four goals and one assist to his name so far, but that doesn’t paint the full picture of just how good he has been at times for Peterborough.

Preston – Alistair McCann
Already picking up the nickname ‘Ali McKante’ the 21-year-old looks like a serious prospect for the future.

Preston’s recent recruitment has had varying levels of success, but they seem to have hit the jackpot with this one. Ali McCann signed from St Johnstone for a fee of a little over £1million and that value will only increase over the years if he continues to develop at his current rate.

QPR – Ilias Chair
The choice here was between Rob Dickie and Ilias Chair, but I think I’ll just give it to the latter. QPR already have an excellent track record with bringing through young number 10s and it seems like Chair will be the latest player off that conveyer belt.

Over the last few years Chair has especially improved his final product to the point where he is now one of QPR’s biggest goal threats and their joint-top goalscorer with Lyndon Dykes.

Reading – John Swift
Had it not been for a couple of long-term injuries, there is a very valid argument that could be made that John Swift would already be playing his football in the Premier League.

His influence on this Reading side has been huge this season as he has already scored eight goals and picked up six assists in just 15 appearances. Swift certainly has the talent to make the jump up to the Premier League.

Blades fans will know that there is a good player in there though and I wouldn’t be too surprised to see him move on in January.

Stoke – Harry Souttar
A commanding six-foot seven centre half who can play out from the back? Harry Souttar has the Premier League written all over him.

Stoke have a few players among their ranks who I would expect to make the step up at some point in their career, Tyrese Campbell being another of those players.

Swansea – Joel Piroe
Usually, it can take quite some time for strikers coming into the Championship for the first time, but Joel Piroe has wasted no time in settling in at Swansea.

The Dutch striker already has eight goals and three assists to his name in just 14 appearances so far.

Johnstone will be hoping for a swift return to the Premier League this season with the Baggies, or he could face the same fate of Jack Butland at Stoke, where his career just seemed to dwindle for a few years in the Championship.