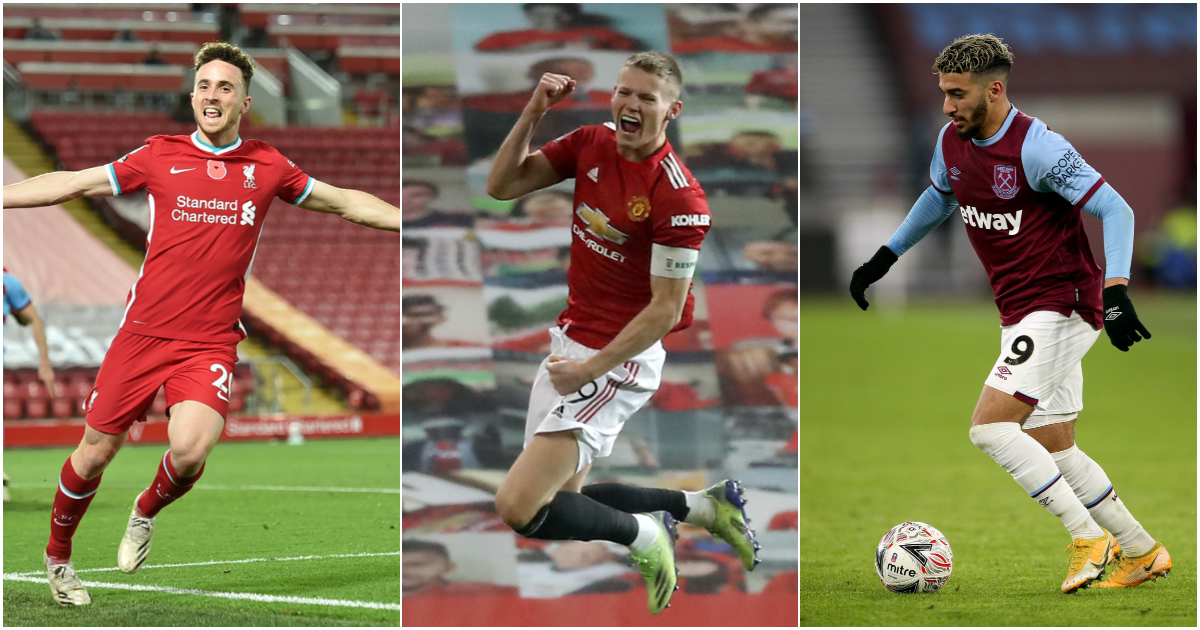 We found a metric each team topped, now it’s time for a player from each team. Thanks to FBref and WhoScored for the lovely Premier League statistics, all of which are per 90 minutes unless otherwise stated.

Arsenal: Bernd Leno – lowest percentage passes over 40 yards (18.4%)
The stats get better, I promise. It was hard to find a metric in which Arsenal were even close to the best, in truth. But Leno very rarely hoofs it, which is something.

Brighton: Lewis Dunk – dispossessed (0.1)
Don’t even try and get the ball off Lewis Dunk. Cards on the table, Ben Mee and James Tarkowski are level with the Brighton centre-back, but we’ve given Dunk this accolade as he doesn’t boot the ball up the field whenever he gets it.

Burnley: Ben Mee – clearances (8.19)
Burnley picked up just one point from six games while their captain was out at the start of the season, as the ball presumably just bounced around the box until the opposition scored. He’s not missed a minute since with his side earning 22 points in the next 16.

Chelsea: Thiago Silva – completed long passes (15.6)
The Brazilian’s 93.5% pass completion fell just short of John Stones’ 94.2%, but he rules when it comes to the lengthy ones.

Crystal Palace: Luka Milivojevic – average distance in yards from goal per shot (27.2)
Yes, this one was a struggle. Poor Luka’s not taken a penalty yet this season; he’s clearly trying to reach his quota of goals through other methods. We question whether all of his 11 shots were taken wisely.

Everton: James Rodriguez – dead ball passes leading to a goal (0.30)
He takes them with his left but would probably be pretty high up using that swinger of his.

Fulham: Joachim Andersen – percentage aerial duels won (84.9%)
Fulham are not in the bottom three because of a leaky defence and captain Andersen, in combination with Tosin Adarabioyo, has been very impressive – particularly when getting his nut on it.

Leicester: Wilfred Ndidi – tackles (4.79)
Leicester sitting third in the Premier League without this guy for the majority of the season is remarkable. That said, they’d love him back, having lost one of the 11 he has played and five of the 12 he hasn’t.

Leeds: Liam Cooper – successful pressure percentage (44.6%)
The is the percentage of the time the team gains possession within five seconds of applying pressure. Leeds as a whole are fifth in the division and top in terms of the number of times they apply pressure. The skipper leads by example.

Liverpool: Diogo Jota – goals minus expected goals (+0.46)
A measure of how many more goals a player scores per game than he’s expected to. Jota is way above next best Son Heung-min (+0.28) over an admittedly much smaller sample size. The worst? Kevin de Bruyne on -0.33. Waste of space…

Manchester City: Kevin de Bruyne – shot creating actions (6.47)
He may be rubbish at shooting (he’s not), but he’s pretty darn good at dribbling and passing.

Manchester United: Scott McTominay – goals per shot (0.33)
The motherf***** pips Sonny (0.30) to top spot and has scored with every one of his four on target. Absolute belters, mainly.

“You can see he was a forward in his younger days”

Scotland’s Scott McTominay now has seven goals for the season – and three in three games for Man Utd pic.twitter.com/gmD4iD35pc

Newcastle: Matt Ritchie – dead-ball passes leading to a shot (1.69)
Ryan Fraser (1.27) is fifth on this list, meaning Newcastle’s delivery from set pieces is excellent. Unfortunately it’s not matched by their finishing, with the Toon only scoring four goals from set pieces.

Southampton: James Ward-Prowse – shots from free kicks (0.59)
He’s scored on four of the 13 occasions he’s taken a shot from a free-kick. He’s very, very good at them.

West Brom: Sam Johnstone – saves (4.14)
Slim picking for the Baggies and not really a positive as Johnstone is 17th in the league in terms of save percentage (65%).

West Ham: Said Benrahma – nutmegs (0.53)
Unfortunately there’s no stat for the number of nutmegs attempted, but we suspect he wouldn’t be top in terms of percentage success. But got to love him for it.

West Ham sign Said Benrahma from Brentford on a loan-to-buy deal. He pulled this nutmeg and golazo a few weeks ago🥜 #COYI #TransferDeadlineDay pic.twitter.com/fVzM4qzw6g