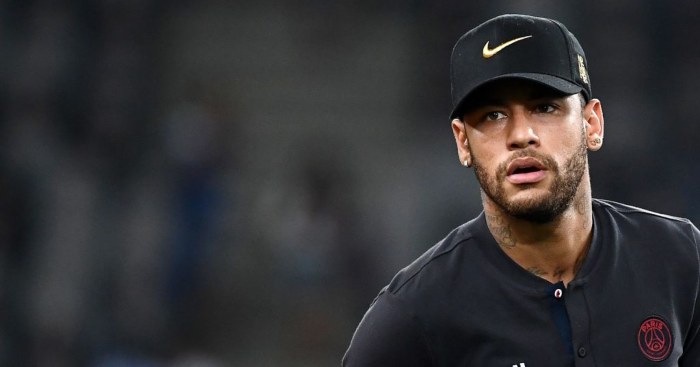 Luka Modric could hold the key over a potential move that would see Neymar swap Paris Saint-Germain for Real Madrid, according to reports.

The Brazil star is said to be unsettled in France and has been linked with Barcelona and Real Madrid this summer.

“As long as we are in talks — today they exist, while they did not before — it is important for everybody that the future is defined,” said PSG sporting director Leonardo yesterday.

“Discussions are more advanced than before, but that does not mean there is an agreement. What needs to be defined is if he stays and plays or goes.”

Leonardo refused to specify about the progress of the negotiations. But he said his fellow Brazilian would not be involved in PSG’s opening Ligue 1 match at home to Nimes on Sunday.

And The Sunday Times claim ‘Real Madrid are waiting on the go-ahead from Neymar‘ as they look to bring him to the Santiago Bernabeu.

PSG are ‘close to accepting Madrid’s cash-plus-player offer’ for Neymar but the 27-year-old’s ‘preferred destination is Camp Nou’.

Barcelona are understood to be struggling to agree a deal with PSG, with the likes of Philippe Coutinho reportedly offered as part of a deal for Neymar.

The Sunday Times claim a source ‘familiar with negotiations’ say that PSG have an interest in a deal that would see Real pay them £149m plus Ballon d’Or winner Modric.