Home Home Page Front Page One rule for the Chinese, another for the superstars? 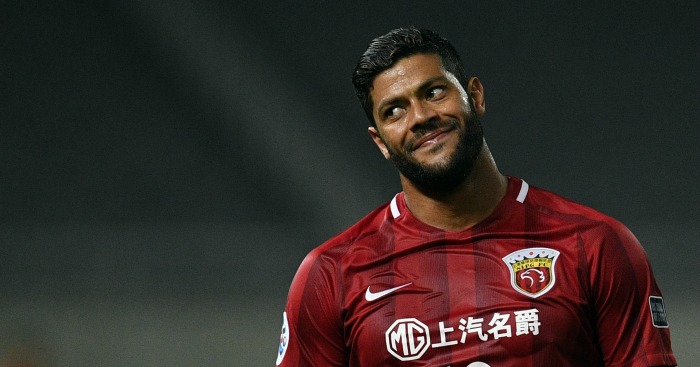 Over the past few weeks there have been two off-the-pitch events involving the Chinese Super League (CSL) which have attracted a lot of attention, both in China and abroad. For once we are not talking about the incoming transfer of a well-known foreign player for a ludicrous amount of money but two ‘incidents’ involving some of the league’s existing imports.

The first of these two incidents followed the game between Shanghai SIPG and Guizhou Zhicheng. As expected, the rather more expensively assembled Shanghai saw off the visiting Guizhou 3-0 without breaking into too much of a sweat. But in the post-match press conference something was revealed which was rather more noteworthy. The Guizhou manager Li Bing claimed that at half-time, star Shanghai player Hulk had punched his club’s assistant trainer Yu Ming.

Unsurprisingly, the story did not end there and there are still daily updates despite almost three weeks having already passed. In this case it should be pointed out Hulk continues to maintain his innocence, though it does seem a rather strange and random accusation if it is completely baseless. However, it looks as though Hulk will not receive any penalty.

The following weekend saw an incident involving another big name foreign import. Argentine Ezequiel Lavezzi was photographed dragging his eyes to the side in what is generally considered an unacceptable and racist impersonation of a Chinese person. It is important to point out that this sign in itself does not make Lavezzi a racist, though it does definitely make him ignorant. It is probably also a reflection of the fact that this kind of behaviour is unfortunately more socially acceptable in certain parts of the world. It is likely that no racist malice was intended but it was clearly unacceptable.

Probably not Lavezzi's best idea to do this at his Chinese team's photoshoot ? pic.twitter.com/xtmlqqfB1w

He has since apologised, but most would agree that Lavezzi should face some kind of punishment – a suspension and/or fine and, most importantly, he should back a ‘Kick It Out’ style campaign to combat the same ignorance that landed him in hot water. However, the Chinese FA have made a formal statement saying the picture in question was not racist and that was seemingly the end of the matter.

Now let’s cast our minds back to something that happened all the way back in March during the second week of the season. One of Tinajin’s star imports, Belgian Axel Witsel, was involved in an incident on the pitch, but this time instead of being the perpetrator, he was the victim – one of the Shanghai Shenhua players stamped on him. It was a clear stamp and a deserved straight red card; however, the Chinese FA waded in and increased the suspension from a standard three games to an eye-wateringly long six months. At this point I should mention the offender was Chinese (Qin Sheng).

It’s difficult to believe that the perpetrator’s nationality is not an issue in Chinese football. When watching a CSL match, it sometimes seems that if a domestic player so much as looks at a foreign player, they are liable to be booked. If a domestic player was caught making some kind of racist gesture, would they be exonerated like Lavezzi? I suspect not.

Following the Witsel incident, there was a lot of discussion about the draconian nature of the punishment and the fact the victim was an international player did not go unnoticed, with Chinese media suggesting this was the reason of the unprecedented suspension. And that was before both Hulk and Lavezzi have escaped any punishment for their alleged and actual crimes.

Obviously, unless there are cases in which the exact opposite occurs, whereby the role of domestic and international player is reversed, it is impossible to prove there is bias. But it is also clear that it is in the Chinese FA’s interests to see that their international stars receive preferential treatment. After all, they represent massive investments and the drive to attract big foreign players is obviously part of the football development strategy in China as a whole.

Turning these big names into public enemies is not part of the plan. After all, these are supposed to be the people who inspire China’s first World Cup-winning team. If they get such a bad reputation that no one wants to emulate them and would rather be, say, the next LeBron (basketball is China’s most popular sport), then the consequences are obviously huge. And if a player becomes so disliked they cannot really be marketed, that is a huge waste of money for the clubs.

Add to that the fact that in Chinese culture, laying on generous hospitality to visitors is a matter of great pride, and you can see why foreign players might get an easy ride in China.

Whatever the motivation and the wisdom behind any decision from the the Chinese FA is obviously speculation, but there is definitely mounting evidence of double standards. In the short term, it could be beneficial in helping to build mass appeal, but could a growing sense of injustice among Chinese footballers and fans cause long-term damage?