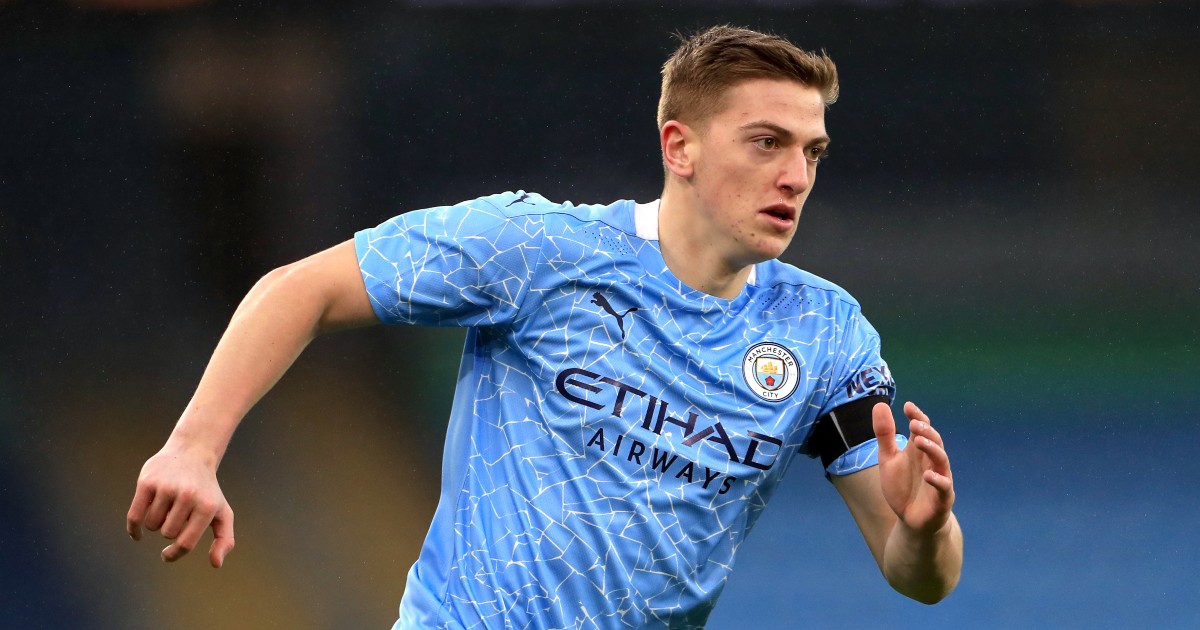 Liam Delap would be a cheat code every club should sign but we have more realistic Championship transfers for everyone from Hull to West Brom.

The first half of the Championship has been covered, so let’s crack on with the rest.

Luton Town – a reliable goalkeeper
Ever since his record-breaking move to the Hatters, Croatia goalkeeper Simon Sluga has dropped more than a few clangers which he should have been able to put his cap on. With a very high ceiling of talent, second chances are often afforded to Sluga but having shipped five goals in the recent home demolition by Birmingham City, it might be time to consider at least some better competition for the number one spot between the sticks at Kenilworth Road.

Alex Palmer was one of the outstanding goalkeepers in League One last season on loan at Lincoln City and presently looks set to rot away on the Baggies bench, or worse, with David Button and Sam Johnstone both ahead of the youngster in Valerien Ismael’s thinking.

Middlesbrough – a new second, or even first-choice striker
Chuba Akpom never settled at Middlesbrough and his return to PAOK leaves only Uche Ikpeazu as a recognised out-and-out senior striker at Boro. Despite the rather impressive start made by the former Wycombe and Hearts man, another forward is a clear necessity.

With Gillingham under a transfer embargo and Steve Evans seeming likely to leave, it looks as though everything could go up in smoke at the Kent club. In that case, would Middlesbrough aim to take another classic Neil Warnock player to add to their heavy ranks in the form of giant former York City and Morecambe striker Vadaine Oliver?

Millwall – someone to share the creative burden
Jed Wallace has carried much of the creative burden for the best part of half a decade with Millwall and with the Lions quietly finding themselves in trouble and cowardly manager Gary Rowett fighting to get back in the fans’ good books, the London club are only a Wallace injury away from disaster.

Someone of a similar ilk to Wallace to share those responsibilities would be wonderful. Joe Lolley feels like a pipe dream, but Josh Windass could stride across attacking midfield and striking duties as he has done at Wigan and Sheffield Wednesday. Wycombe wonderkid Anis Mehmeti would be a long-term, more realistic option.

Nottingham Forest – a progressive midfielder
Having had a shocker of a summer, allowing a bloated yet stale squad to get no fresher, save for a second-choice goalkeeper until the season’s start, Nottingham Forest are paying the price with four consecutive defeats to kick off the Championship campaign.

Forest fans are currently maligned and uninspired by their manager Chris Hughton, who was supposed to break the wash, rinse, repeat cycle. He looks to be the latest in a long line of failures, the dour football on offer giving him no extra credit in the bank through this dreadful opening month.

The gaps between the defence – with Ryan Yates dropping too far deep from midfield – and the forwards is enough to create literal acres of space between red shirts at the City Ground. To plug this gap, a man in the middle who can connect the team correctly from back to front is vital. Summer links with Reading midfielder Josh Laurent seemed shocking by way of being a coup for Hughton’s men, but a midfield consisting of him and returning loanee James Garner would be one of few midfield pivots which would work and complement each other well in 4-2-3-1 in 2021.

Peterborough United – a tenacious midfielder
While their start to the season has been mixed, Peterborough have a typically exciting squad and one that is rather more shockingly well balanced. But while the midfield contains set-piece expert Jorge Grant, possession controller Ollie Norburn and the eclectic and versatile Harrison Burrows, it perhaps lacks the tenacity of a terrier-like player in the middle of the pitch.

Rotherham United’s Jamie Lindsay excelled in that role in the second tier last season despite relegation and even chipped in with some important goals, including a double over Sheffield Wednesday. A player who never stops running would be a great complement to the more technically assured midfielders already at London Road and would be perhaps the final piece of the Posh puzzle.

Preston North End – a reliable striker
How long have we said this for? Long gone are the League One heavyweight days of Joe Garner scoring wondergoals aplenty, long here are the days of hard-working, plodding forwards who barely scrape double figures between them.

Always labelled – and often rightly so – as the hardest thing to buy in football, a reliable goalscorer is not something that comes naturally to the club that honed Tom Finney in the early 20th century. As such, there is no player out there who can guarantee goals, but Manchester City striker Liam Delap could be a long shot as an almost guaranteed success, with more Championship clubs than not reportedly interested in the temporary services of the youngster for whom Pep Guardiola has high hopes. A lack of consistent senior opportunities outside of a handful of appearances for the Citizens might mean he would need adjusting to the second tier of English football slowly, but once fit and firing, would almost guarantee second-tier survival as a minimum for the Deepdale club.

QPR – Rob Dickie’s replacement?
This QPR team is fantastic. It’s not perfect by any means but it is moulded in the vision of long-serving manager Mark Warburton, a privilege only served to clubs who allow for long-term success. There are far too few of them around and hardly anyone would have expected QPR to be a bastion of patience and sensible running of a football club a decade ago.

Such is the quality of this side across the board it is quite ridiculous that any one single player can stand out, but centre-back and top scorer Rob Dickie does just that. If no club – including London and divisional rivals Fulham – makes a serious bid in the final days of the window, then more fool them.

In case of that eventuality, QPR need to do what they do best and have the next man up ready to replace Dickie, if such a feat is even possible. Given Dickie was plucked from the relative obscurity of League One, Rob Atkinson would have been perfect had Bristol City not gotten to him first. Instead, a punt on somebody like Cian Harries at Bristol Rovers could be an exciting prospect to improve and transform to his full potential.

Reading – a senior defender
Like Derby County, Reading are not in the greatest or easiest position to sign new players, but given the shortcomings in the defence in the early stages of this season, a new defender would not go amiss. The current backline boasts a number of promising and good youth academy products but more experience is needed also with Liam Moore’s dip in quality becoming more and more evident with every passing game.

Stoke’s back three have won plaudits already this season, particularly from Ryan Dilks of the Second Tier Podcast, which has left the back-ups very much on the periphery. One of those, Danny Batth, has previously shone at this level for Sheffield Wednesday, Wolves and the Potters and could become an almost instant first-choice in Berkshire should he choose to switch red and white stripes for blue and white hoops.

A left-back is desperately needed, too.

Sheffield United – Aaron Ramsdale’s replacement
Ever since Aaron Ramsdale’s long protracted transfer to Arsenal eventually went through, deputy second and third-choice goalkeepers Michael Verrips and Wes Foderingham have shown little to prove they should be entrusted with the permanent position between the sticks.

Dean Henderson proved an excellent loan acquisition from Manchester United across two seasons, one each in the Championship and the Premier League, and the Blades could look to repeat history by providing a temporary home for another top-flight shot-stopper in the form of Brighton’s Christian Walton.

An ever-increasing series of impressive loan spells through the EFL culminated in a successful period at Blackburn, but Walton spent the 2020/21 campaign in the reserves at the AMEX and will now be looking to cash in on his goodwill in training to get regular football at another second-tier side. At 25 years old, the gigantic shot-stopper may need to cut his ties from the Sussex club and make a new home for himself. Where better than Bramall Lane?

Stoke City – not a midfield destroyer
In the space of one summer, Stoke have acquired a plethora of very un-Stoke signings (yes, that’s a compliment) and rid themselves of the majority of their ghosts of seasons gone by. The result is a finely-balanced squad full of the right blend of excitement and solidity. But what Stoke do not lack is a midfield destroyer.

The signing of Romaine Sawyers was largely derided by West Brom fans who misunderstood how Stoke would utilise the former Walsall and Brentford man. Make no mistake: Stoke do not need a midfield destroyer and the best piece of business they could do in the last week of the summer window is to not sign one.

Other than that, get Liam Delap from Manchester City purely for the romance.

Swansea City – an upgrade on Steven Benda
To pay German goalkeeper Steven Benda his dues, almost any shot-stopper that Swansea could get their hands on would have seemed underwhelming compared to Golden Glove winner Freddie Woodman, whose personally successful two-season loan stint at the Liberty Stadium ended without club success after two straight failed play-off campaigns.

As with Sheffield United, Walton would make keep most efforts out but is less good with his feet than Benda, although perhaps more importantly, even for a Russell Martin side, he is not an absolute calamity with his hands.

In truth, though, many keepers in the Championship and even League One fit the billing of being a better, more competent keeper than Benda.

West Bromwich Albion – a Mowatt and/or Livermore back-up
Like with Fulham, how do you criticise and offer suggestions to improve this already electric West Brom side? The starting XI looks imperious and when you have players such as Grady Diangana on the bench, even the squad seems up to scratch.

In which case, we travel further back into midfield and look beyond the midfield pairing of Alex Mowatt and Jake Livermore, who have both started the season in fine form but have little backing them up. At Reading, the aforementioned Laurent and his pivot partner Andy Rimonhota do similar jobs to that of Mowatt and Livermore and either one would aid the Baggies squad. Both are deserving of a shot at promotion to the Premier League.