Will Arsenal end their 12-year wait? Here's one transfer each Premier League club should be targeting. 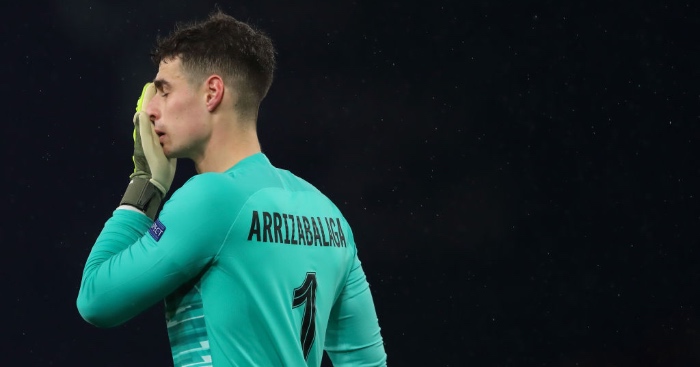 As Premier League clubs scramble to build their squads ahead of the new season, we’ve taken a look at the one position each of them most needs to strengthen.

The Emirates is where defensive midfielders go to die. Matteo Guendouzi has been fine but has the mental age of a ten-year-old; Lucas Torreira may be “the man with three lungs” but the extra breathing capacity appears at times to be at the expense of a fully functioning brain. Gilberto left Arsenal in 2008 – that’s 12 years without an adequate holding midfielder.

Aston Villa’s strikers have scored one goal since New Year’s Day – it really is remarkable they stayed up. When I asked a Villa-supporting mate whether he thought Wesley could do the business next season, I received a one-word answer: “Nope.”

This would have been an attacking midfielder until Brighton secured the savvy signing of Adam Lallana. Neal Maupay will be happy with ten Premier League goals in his first season, but the Seagulls could do with a genuine goal poacher. Like Glenn Murray, but not Glenn Murray.

41% of Burnley’s attacks come down their left side, with just 32% on the right. This is partly due to Dwight McNeil being their most creative asset – giving him the ball as much as possible makes sense. But it’s also because they often play without a right midfielder. Josh Brownhill – a central midfielder – was excellent in that position in the latter stages of the season, but he’s never going to get to the byline and whip in crosses.

Kepa is statistically the worst goalkeeper in Premier League history and 38-year-old Willy Caballero is a very good back-up, but he’s no more than that. Chelsea need a new left-back and at least one centre-back, but a keeper who at least attempts to stop shots has got to be top of their wish list.

Saves made by Karl-Johan Johnsson tonight: 13 (as of 112th minute)

Saves made by Kepa Arrizabalaga since the restart: 13

Yes, that is a real stat.

Only Norwich (26) scored fewer goals than Crystal Palace (31) this season, and Roy Hodgson’s side were bottom of the pile for ‘Big Chances Created’ with just 33. Even if Wilfried Zaha stays, Palace need to offer more going forward. Watford have said they want £30million for Sarr, which seems a sensible price for an exciting talent who could be worth twice that much in a season or two.

Everton’s transfer business last summer was bizarre – it usually is. They already had two right-footed wingers in Bernard and Theo Walcott, so they bought another in Alex Iwobi. Carlo Ancelotti is now thought to be targeting a left-footed winger, because he’s not stupid.

Scott Parker has explained he will avoid the “clear errors” Fulham made when they were last promoted in 2018. They spent £100million on 13 new players, many without Premier League experience, shipping 81 goals as they finished 19th. No “drastic changes” this time around then.

Marcelo Bielsa is understandably a Patrick Bamford fan – he does the hard yards he expects of his strikers. But to net just 15 goals in that team in the Championship doesn’t bode well for the top flight. Edinson Cavani now looks unlikely, but would be a lot of fun.

“Patrick Bamford is not the next coming of Ronaldo” https://t.co/DNZKmgpylL

Brendan Rodgers finds himself in the same position as Mauricio Pochettino and now Jose Mourinho at Spurs. How do you persuade a striker to join your club to sit on the bench? Leicester would have to fork out a huge amount of money to find a more prolific striker than Jamie Vardy, so any buy will be second fiddle. Any striker arriving on the assumption that Vardy surely can’t be around much longer is sadly mistaken.

They do have quite a few options, but there is an alarming drop in quality after the top three. Origi is a limited cult hero, Jurgen Klopp has lost faith in Shaqiri and Minamino looks like a deer in headlights whenever he gets on the pitch. Harvey Elliott is clearly supremely talented, but at 17 cannot be expected to be their first-choice back-up.

United do need to sort out their foundations, but I don’t agree that the difference between Mason Greenwood and Jadon Sancho would be negligible. Greenwood is already an outstanding finisher; better than Sancho. But the young Englishman needs a half-chance to score, whereas Sancho can create something out of nothing.

They probably still need another centre-back despite the signing of Nathan Ake, but left-back is now their stand-out area of weakness. Mendy lives in a world of his own – on another plane to his teammates –  and Zinchenko is limited in what he can provide going forward.

Andy Carroll looks more and more cumbersome with every injury, Dwight Gayle is a Championship striker playing in the Premier League and Joelinton is simply not a goalscorer and he never really has been.

The fact that they finished five points off the European places with their top scorer notching just six Premier League goals is bonkers. All of the Sheffield United strikers played well at times this season, but they do lack a threat in behind.

Ralph Hasenhuttl will need to add a bit of steel to his midfield following the departure of Pierre-Emile Hojbjerg to Spurs.

Having let Kyle Walker-Peters join Southampton and with Aurier also seemingly on the verge of an exit, Spurs desperately need a right-back. Tanganga is clearly a real talent, but his future lies in the centre of defence. A left-back also wouldn’t go amiss.

What’s a common theme among promoted sides that go straight back down? A lack of goals. N.B. Cenk Tosun is not the answer.

Cresswell is supposed to be good at crossing – he really isn’t. Despite taking a good chunk of West Ham’s corners and free-kicks he has just one Premier League assist in the last two seasons.

Raul Jimenez needs a break occasionally. He started 37 of Wolves’ 38 Premier League games and all but two of their Europa League clashes. Nuno Espirito Santo is faced with a similar challenge to Rodgers: who can I buy to sit on the bench?