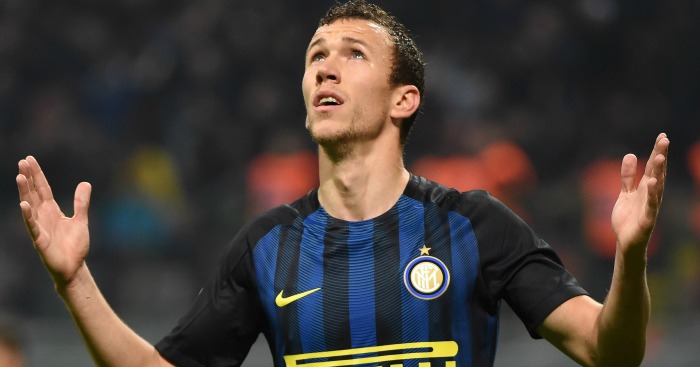 Arsenal: Winger
Did you do a double take? Did you think I had just written ‘Arsene Wenger’? The manager is all too aware that business is not over for the Gunners. Arguments can be made that they need another centre-half or central midfielder, but there is no suitable competition or back-up for Alexis Sanchez or Mesut Ozil in the position behind Alexandre Lacazette. They need a new face, but they have to be of the highest quality.

Bournemouth: Central midfielder
Eddie Howe has signed a goalkeeper, a defender and a striker, but no midfielder. Harry Arter (2,959 minutes) was the only player to feature more often in that position last season for Bournemouth than the departed Jack Wilshere (1,913). Lewis Cook will help fill that void, but they still need cover at the very least.

Burnley: Centre-half
Everton signed Michael Keane from Burnley, and in turn handed the Clarets a hefty sum, on July 3. In the subsequent month, no replacement has been sourced. Who is Sean Dyche planning on playing alongside Mee? You?

Chelsea: Wing-backs
They wanted Alex Sandro. They wanted Danilo. They wanted Kyle Walker. They wanted Benjamin Mendy. Chelsea have become the masters of the churn, but their ability to sell is often countered by their failure to capture their first-choice targets. With a busier schedule to come as part of their title defence, Marcos Alonso and Victor Moses will need help, if not upgrading.

Crystal Palace: Centre-half
New manager Frank the boar has drawn the most distinct line possible between his and his predecessor Sam the Allardyce’s reigns, by changing the playing system this summer. Palace have adopted a 3-4-3 formation in pre-season, and the tactical switch means that Jairo Riedewald cannot be the only central defensive addition.

Everton: Striker
Our transfer guide, penned at the start of June, touted Jordan Pickford, Cuco Martina, Michael Keane, Davy Klaassen, Gylfi Sigurdsson and Sandro Ramirez as potential arrivals, while worrying about links to Wayne Rooney. That’s a decent effort, but we also expressed the need for another new striker, and nothing has changed. The Romelu Lukaku-shaped hole remains in an otherwise improved squad.

Huddersfield: Central midfielder
When discussing Huddersfield’s transfer priorities with resident Terrier Sarah Winterburn, one could sense the fear in her voice that Town might embark on their maiden Premier League season with Jonathan Hogg as their first-choice central midfielder. Aaron Mooy needs a partner to do all the running and tackling while he reprises his role as the pasty Pirlo.

Leicester: Winger
Demarai Gray might well be pencilled in to replace Riyad Mahrez when the Algerian is finally granted his request, but the 21-year-old will undoubtedly need competition. And Marc Albrighton started 29 games on the wings last season, which is a little silly.

Liverpool: Centre-half
To pursue one target and refuse to identify an alternative is to toe the line between stupidity and bravery. Jurgen Klopp’s all-or-nothing gamble could yet pay off, but Liverpool are almost certain to start the season without either first-choice signings in Naby Keita and Virgil van Dijk. Central midfield is not quite as desperate an issue as centre-half however, with Joel Matip, Dejan Lovren, Ragnar Klavan, Joe Gomez and Mamadou ‘the outcast’ Sakho the only options. Klopp might not be about to honour his predecessor’s wishes by putting Emre Can back in defence.

Manchester City: Central midfielder
‘Does Pep Guardiola need a world class holding midfielder to win the Premier League and who’d fit in at Manchester City?’ reads the headline on The Sun’s website from mid-July, and if they can spot even the slightest of chinks in the otherwise wonderful armour assembled at the Etihad Stadium, anyone can.

Manchester United: Winger
There is a reason that Jose Mourinho is trying to assure his spot in the Guinness Book of World Records for most people over six foot gathered in one confined place. Romelu Lukaku is the expensive rifle, but someone is needed to supply the bullets.

Possible options: This one is a little left-field but…Ivan Perisic

Newcastle: Striker
Due to a reluctance to engage in the levels of spending that Rafael Benitez has described as “crazy” on more than one occasion, Newcastle’s Championship-winning squad still looks threadbare. The Magpies were too good for the second tier, but the Premier League leap is a large one, and heading into their first season back with Dwight Gayle as their only decent striking option is professional suicide.

Southampton: Centre-half
Far be it from me to accuse Mauricio Pellegrino of enjoying his summer holidays a little too much, but Southampton have only signed one player so far this window. Polish centre-half Jan Bednarek has arrived, but with Virgil van Dijk’s head elsehwhere, the new manager would perhaps be best served to be proactive.

Stoke: Forward
In Marko Arnautovic, Stoke have lost their second top scorer, top assist provider, top chance creator and top of a list of dribbles completed and shots on target. And Peter Crouch was their top scorer last season. They are still waiting for the sunshine after the rain.

Swansea: Gylfi Sigurdsson replacement
If Arnautovic is Stoke’s engine, gearbox, wheels and final coat of paint, Sigurdsson is the Swansea equivalent. Only the Everton-bound Icelander is also the plush seats, the expensive spoiler, the expert driver and the ample room in the boot. And moustachioed midfielder maestro Roque Mesa is the chauffeur. Yeah, I’ve let that metaphor get away from me. Swansea need a replacement for Sigurdsson.

Tottenham: Young, fresh blood
That sounds creepy, but it really is the case. “For me, it’s better to play with younger players who come through the academy so you can improve them and after that their motivation is always higher,” Mauricio Pochettino said earlier this week. They really are playing a different transfer game to the rest.

Watford: Striker
Watford scored 40 goals in the Premier League last season. Watford strikers accounted for 18 of those. Troy Deeney can lay claim to ten. Brazilian forward Richarlison is arriving, but he’s probably going to be loaned straight out to Granada. Sort it out, Marco.

West Brom: Centre-half
Tony Pulis is busy pacing his living room, West Brom club shop cap atop his head, clutching a picture of Jonas Olsson to his chest. The long-running joke is that the Welshman has a fetish for centre-halves; the punchline is that he currently only has four in his Baggies squad.

All of which makes this really awkward.