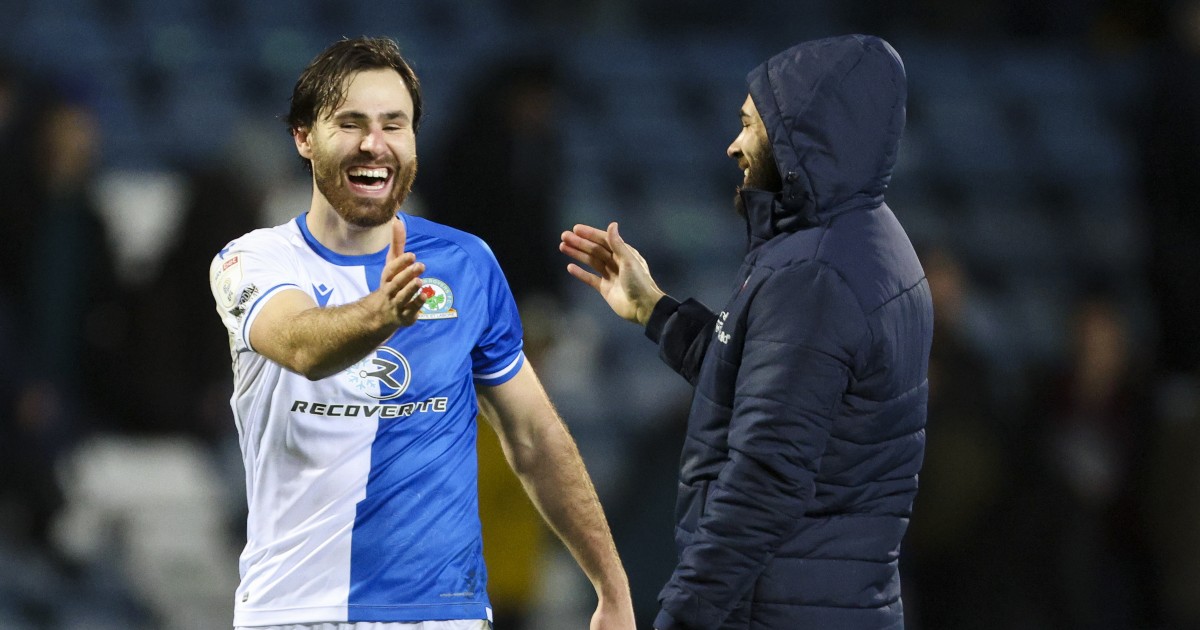 It feels like Dwight Gayle to Fulham would be a bit of a cheat, while Blackburn simply have to keep Ben Brereton Diaz at all costs in January.

Bournemouth – a Lloyd Kelly replacement?
With centre-back Lloyd Kelly being heavily linked with a fast-track move to the Premier League, the wobbly Cherries know a replacement would be necessary if they were to make their own return to the top flight. Having played every minute of Bournemouth’s first 17 games of the season – in which Bournemouth lost just once – his subsequent spell out with injury saw the Cherries winless in four. Should the former Bristol City defender depart Dorset in January, a similarly leading figure would be a must to keep up Bournemouth’s promotion challenge.

Barnsley – a striker, any striker
No Championship club has scored fewer goals than Barnsley in the Championship this season. Doncaster are the only side with a worse attacking record in the entire EFL. So Barnsley are desperately crying out for a striker. A raft of average forwards were greater than the sum of their parts under Valerien Ismael last season, and Cauley Woodrow is being linked with joining his former boss at The Hawthorns. Either of Forest Green’s top scorers – Jamille Matt and Matty Stevens with 13 goals apiece – could be good shouts to help Barnsley score more often.

Birmingham – somebody exciting
To paraphrase Radiohead’s True Love Waits: Birmingham City aren’t living, they’re just killing time. A very mid-table existence means there is little requirement to bring in players who do a job. They are okay in pretty much every sense. Jordan Graham offers some excitement in the wide areas, while Riley McGree is a good watch, but anyone who can offer some mercurial talismanic levels of excitement will be welcome at St Andrew’s for the remaining months of the campaign. Some Premier League loans wouldn’t go amiss.

Blackburn – just keep Ben Brereton Diaz
This one doesn’t really need explaining. Whatever crazy money comes in for the Chilean forward is nothing in comparison to the potential riches that a return to the Premier League would bring for Tony Mowbray’s side. Quite stunningly, that is no longer a pipedream. The rest of the team is as young, dynamic and solid as the talisman, too, so any requirements for additions would be as squad options.

Blackpool – a couple of fresh squad options
Blackpool are fine. Their return to the Championship has taken something of a nosedive with one win in nine games, but there is little realistic danger of going back from whence they came this season. One of few sides to largely play a standard 4-4-2, there is much to like about the Tangerines, who could just do with a little bit of extra quality across all departments of the pitch and to flesh out a squad beset with Covid and injury issues. With manager Neil Critchley able to squeeze the best out of players, taking Kieran Sadlier from League One Rotherham could be a masterstroke.

#rufc boss Paul Warne says he's not concerned about reported interest from several clubs in Kieran Sadlier and Rarmani Edmonds-Green, but on the eve of the transfer window reopening, what about incomings this January at the New York Stadium?@footballheaven pic.twitter.com/8NT2NjWC2N

Bristol City – a younger goal contributor
Where would Bristol City be without the veteran duo of Andi Weimann and Chris Martin? The pair have 13 and nine goal involvements respectively this season, but the Robins should not be so reliant on 30-somethings. For a club with a raft of talented youngsters, the burden needs to be shared among the age groups. Anthony Scully has 10 goal contributions for Lincoln City in League One and at just 22, has time on his side to keep improving.

Cardiff City – a new backline
Only Peterborough United have conceded more often than Cardiff this season, who have improved defensively somewhat under Steve Morison, but could still do with more reinforcements at the back to keep going in the right direction. Relegation is by no means a fear of the past, so getting that defence to standard is a priority in January. A number of centre-backs at the top end of League One would be an improvement on many of their current incumbents.

Coventry City – a wing-back (potentially)
With Chelsea entering the market for a new left wing-back in January following the revelation that Ben Chilwell is unlikely to play again this season, there is talk of a recall for Coventry loanee Ian Maatsen, who has impressed for the Sky Blues. Fankaty Dabo is capable of playing on that side, but does limit potential chance creation with being right-footed, so a more natural player on that side would not go amiss should Maatsen head back to his parent club.

Derby County – reinforcements
We all know the score here. Derby have to jump through hoops to be able to add to their squad, and any likely new stars in the Rams’ ridiculously unlikely yet still possible push at survival are almost certainly going to have to come from within. But additions throughout the squad would be most welcome. Almost everyone playing on a regular basis for Wayne Rooney’s side are at either end of their careers, so some closer to prime age could be beneficial.

Fulham – a reliable Mitrovic back-up
This one goes without saying. Fulham are the Championship’s top scorers and striker Aleksandar Mitrovic tops the individual charts with aplomb, having notched 22 of their 51 goals. Beyond the Serb, however, regular goals are hard to come by. One in his last four outings have coincided with Fulham’s form dropping. When Mitrovic isn’t at his best, the club tend to follow suit. Another striker who can provide some impetus to the rest of the team would almost certainly guarantee another instant return to the Premier League for the Cottagers. Dwight Gayle, anyone?

Huddersfield Town – a midfield enforcer
Jonathan Hogg is not what he used to be and Huddersfield’s young and often dynamic side is missing some refined steel in the middle of the park to hold it all together when the going gets tough. Scott High deputised against Blackpool to decent effect alongside fellow youth-team product Lewis O’Brien, who may not be in Kirklees for much longer. Danny Ward has filled the problem of goalscoring strikers at the club, so a younger Hogg is the clear priority.

Hull City – a goalscoring striker
Keane Lewis-Potter and George Honeyman have 10 goals between them this season, but the top-scoring striker at Hull is Malik Wilks with three; Josh Magennis and Tom Eaves have managed that between them. The Tigers have climbed out of the relegation zone thanks to a strong run of form in December, but a striker capable of scoring at this level would be welcome. It may take a punt on a forward from the level below. Cole Stockton is League One’s top scorer and would suit Grant McCann’s style of play. It could work.