Home All The News O’Neill digs at ‘master tactician’ Koeman; he responds 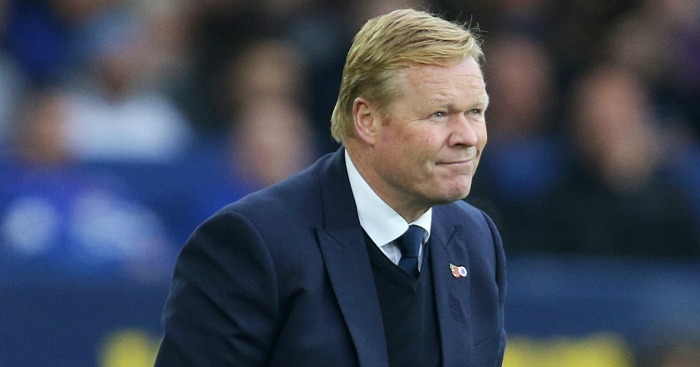 The public feud between Everton manager Ronald Koeman and Martin O’Neill looks set to rumble on after they became embroiled in a war of words over the treatment of James McCarthy.

The pair exchanged barbed comments on Friday, with O’Neill delivering a scathing response to Koeman’s accusations that the midfielder, who aggravated a hamstring injury on international duty, has not been protected, calling the Dutchman a “master tactician of the blame game”.

Koeman later sarcastically replied on Twitter, just over 12 hours before his side face Liverpool in the Merseyside derby.

Felt moved to release a statement following Koeman’s words on Friday afternoon, O’Neill said: “Once again the Everton manager, master tactician of the blame game, has struck out in his comments today, criticising both myself and James McCarthy.

“Perhaps a review of Everton’s pre-season programme might provide some enlightenment.

“James had a magnificent tournament for the Republic of Ireland last summer during UEFA EURO 2016, playing his last game in very late June.

“He then returned to Everton after a very short break, but only 11 days later, he played his first of three games, all within an eight-day period, against Real Betis, Manchester United and Espanyol. Overloading?”

O’Neill added: “It should be added that James last played for his country on the October 9, 2016 – almost half a year ago. Since that time he has been totally under Everton’s supervision.

“James is diligent and conscientious in his professional preparation.

“Perhaps, in this instance, quiet introspection may serve the Everton manager and his medical staff better.”

Koeman’s response from his official Twitter account @RonaldKoeman said: “James McCarthy began his pre-season three and a half weeks after Ireland were knocked out of the Euros. From the master tactician.”

The two managers have found themselves engaged in a festering battle in recent months over McCarthy’s involvement at international level after injuries have severely limited his involvement at club level.

However, O’Neill has always insisted he has never selected the player unless he was convinced he was fit and able to play.

McCarthy had trained for two days before his selection for the Wales game and O’Neill only decided to play him after taking advice from the Republic’s medical staff and seeking assurances from the player.

He was withdrawn after it became clear he could not start the game, in which club-mate Seamus Coleman suffered a double leg fracture which is likely to sideline him for the remainder of Ireland’s qualifying campaign.