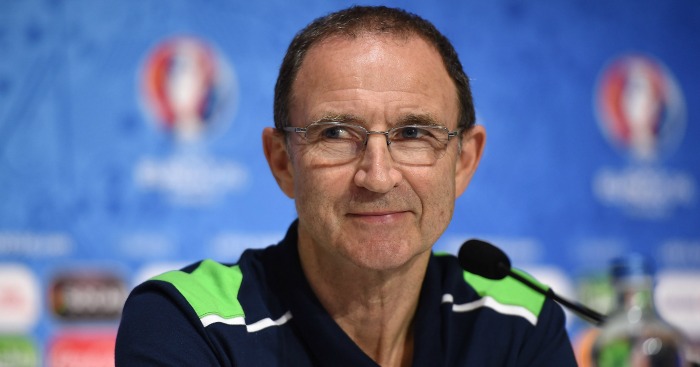 Martin O’Neill says that he would call Donald Turmp and Hillary Clinton before calling Ronald Koeman, after a disagreement over James McCarthy.

The Ireland and Everton managers fell out over McCarthy, who withdrew from Ireland’s squad to face Austria after Koeman reportedly asked him to.

O’Neill is willing to put the incident behind him, but will need Koeman to make the call.

“[Ronald] would join my ‘to-call list’ but I should first put a call into Donald Trump to congratulate him, and then give my commiserations to Hillary Clinton.

“Then somewhere down the line, Koeman, yes. There is also the possibility that someone might call me, no?

“It was a continuation of the argument at the time but I seriously think it’s over now as far as we’re concerned. Just let us move on.

“I put James into a provisional squad because he thought that he might get through. It was always the probability that he wouldn’t make it and, because it’s a hamstring, I wouldn’t really want to risk him.

“But the other time that he played before, he had recovered from the injury and the point was made that he was in Everton’s squad a few days later.

“As far as I’m concerned it’s all over, and I’m hoping that James is available again come March time.

“I don’t think players get caught in that trap at all and I don’t think it would be right for them to be caught between their club and country.”