Home Everton Only interesting thing about Pereira is the Everton reaction 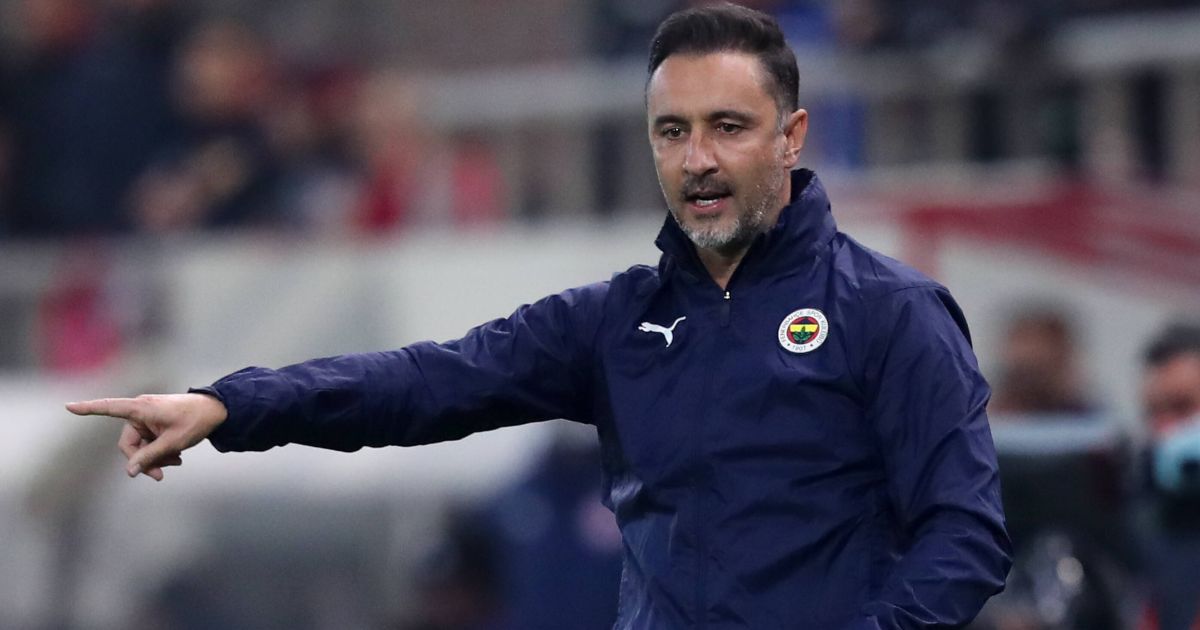 Vitor Pereira is the dullest of all Everton appointments and now it might not even happen because of spray-can man.

Looking back now, those six weeks back at the start of the 2020/21 season when Everton fans were shown a tantalising glimpse of a genuinely good, exciting and fun side under an excellent manager were the cruellest trick of all.

It really does feel an awfully long time ago. Dominic Calvert-Lewin banging in goals for lols, Lucas Digne and Richarlison wreaking havoc down the left. James Rodriguez gliding around and generally taking the piss out of defenders. Jordan Pickford playing like he does for England. And all overseen by Carlo Ancelotti, legitimately one of the world’s very best managers. Everton – the daft old Toffees, the club where everything goes wrong and joy can never exist, the Tottenham of the North – had stumbled on a winning formula.

In a season unlike any other and only five years on from The Leicester Fairytale, it didn’t even seem entirely absurd on those late summer evenings in September 2020 to daydream that Everton could sustain a proper challenge – at least for the top four, at least for Europe – given just how thrilling and effective their football was under a manager who had been there and done it before. Spurs were well beaten away from home on the opening day, as were Crystal Palace a fortnight later. Everton’s first two home games saw West Brom and Brighton swept aside in a flurry of flowing, attacking and joyous football. A 2-2 draw against Liverpool in a Proper Derby Game showed there was steel to go with the flair at this astonishing New Everton.

They ended up limping home in 10th. That giddy month at the start of the season and a dead-cat bounce in December when Chelsea, Leicester and Arsenal were beaten back to back was all Everton really had to show for all that rich, rich promise.

The manager left to go and win La Liga with Real Madrid. Nobody much wanted James around any more. Digne fell out with the new manager, a Liverpool legend. Calvert-Lewin got injured. Richarlison reverted to the mean.

The Liverpool legend Rafa Benitez somehow never did manage to win the fans round as results started to go wrong and now he’s gone too. Defeat in caretaker manager Duncan Ferguson’s first game in charge in the cazoo derby against Villa means Premier League ever-presents Everton have now contrived to drag themselves into relegation trouble during a season in which four teams are currently on track to fall short of 30 points. Even a week ago it was possible for an absolute idiot to say Everton should just stick with Big Dunc until the end of the season because they weren’t going down and would have time to make a considered decision in the summer.

Farhad Moshiri, Mike Ashley, Ken Bates and more of the most unpopular owners in football history

Okay, fair enough, they now might go down. A week is a long time. But it’s still a very short time to appoint a new manager, and Farhad Moshiri’s “first choice” Vitor Pereira has managed to alienate at least one spray-can wielding member of the Everton fanbase that he’s considering pulling out of the running for the job. Now that one graffiti artist doesn’t speak for the whole Everton fanbase, but it’s also fair to surmise he isn’t the only one thinking these things even if he (and we’re assuming ‘he’ here because, come on, it’s very male behaviour) is the only one daubing it around the stadium.

It still seems a bit much for Pereira to be reconsidering his thoughts on the job based on one piece of scrawled feedback. We’d never write a damn thing if we took one or 10 or several thousand random individual people telling us to fuck off to heart. But the graffiti is compelling not because it must speak for everyone else who supports the club but because it reflects, in its absurd OTT way, a more general anger that currently festers around the club. Nobody connected with the club can really be happy with how things are going, can they? And that now apparently extends even to provisional new managers who know a backlash to anything other than instant improvement will be swift and brutal.

Pereira is not a terrible choice for a club in Everton’s position. He might well do fine. He has won titles in three countries, although one of those is China and it’s quite a few years since he had any notable success in what might even at a generous stretch be described as one of the game’s major leagues.

He’s probably not – or shouldn’t be – a bad enough choice to make you long so desperately for Frank Lampard that you deface your own stadium.

🚨 Vitor Pereira is ready to pull out of the race to become Everton manager after a furious fan backlash.

But it’s massively underwhelming as a mid-season appointment. It’s hard to see how Pereira gives the whole club the lift it desperately needs. The club and fanbase remain in a state of febrile unease, only now without even the theoretical prospect of a cleansing reboot in the summer.

It’s a flawed appointment with very little evidence to support the idea that it will be a success, but almost as importantly, it’s just a boring and drab thing to spring mid-season.

Watford appointing Roy Hodgson is boring too, but there’s tangible logic to it and firm reasons to think he will make a positive difference. Pereira is every bit as boring, but without any of the logic. You’re making managerial moves that are less logical than Watford’s, lads.