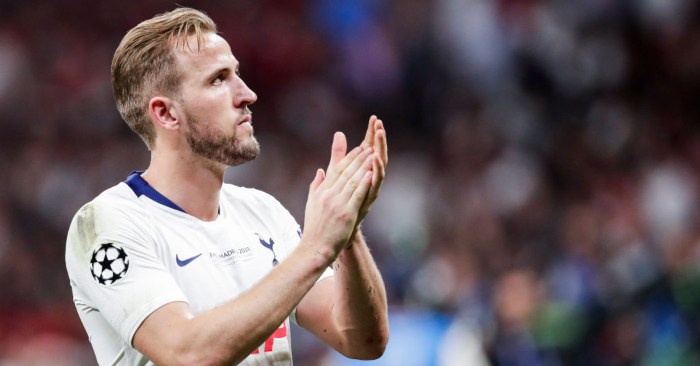 You get used to reading nonsense on social media, but when I saw someone calling England’s World Cup players in 2018 and 2019 ‘losers’ for being beaten at the semi-final stage, berating them for not having ‘a winner’s mentality’, it really bloody annoyed me. This is just made-up nonsense which stands no scrutiny.

What on earth do they mean? If you’re playing in a semi-final of a World Cup that sounds suspiciously like you’re a winner to me. I mean, almost no-one is going to do that in their life.

So what is a winner? What is a winning mentality? Here’s my take: it doesn’t involve actually winning anything.

When it comes to football, perhaps you think, as one of the less cerebral pundits is reputed to have said, “winners are players who win things, Jeff”.

That is a temptingly simplistic definition. However, adhering to that does mean that almost everyone in football is a loser, because so few players or managers or clubs win anything. It also just fails to address so many issues around what the words winner and loser really mean.

When asked why a club has signed a player, “he’s a winner, Jeff” is a common enough response. Indeed, being thought a winner will raise your valuation, even if you’ve not won anything. So being ‘a winner’ seems to have, at least for some, an identifiable metaphysical flavour or characteristic not allied to winning things. Given football is a team game, can you be a winner in a team of losers?

Some seem very keen to stick these winner and loser tags on people. I’m not sure why. Maybe it is a way to order the universe, or find your place there.

I was brought up with the notion that it wasn’t the winning that mattered in sport, it was the taking part. And I still think that’s true. While this may be anathema to the sort of men who like to gurn mindlessly whilst making that L shape on their forehead with thumb and index finger, it’s an expression echoed by the founder of the Olympics, Baron Pierre de Coubertin, who said: “The most important thing in the Olympic Games is not winning but taking part; the essential thing in life is not conquering but fighting well.”

Of course, there is little less attractive or more unbearable in life than someone who actually thinks they’re a winner; I’m tempted to say only a real loser would think that about themselves. But even so, to decry huge achievements like making World Cup semi-finals is the stuff of killjoys, of losers you might say.

A winner is better defined as being someone who has maximised their talent, regardless of the outcome – someone who tried their hardest. That is a far more healthy attitude to take to competition and indeed is probably essential to actually win something, because you need to be comfortable enough with losing to be free enough to risk trying to win.

The psychology of winning is a complex one in any sport and perhaps especially in football, where we are often told “it’s not about the performance, it’s all about the result”, a statement I’ve never really understood. In fact, I’ve never been quite able to work out when the performance ever actually does matter to people who say that, as it always seems to be said that “at this point, it’s not about performance, it’s just about getting the result…” no matter if it’s the start, middle or end of a campaign.

Winners are often said to get results because they have that ‘winning mentality’ perhaps derived from thinking about football as a results-led business, when it mostly isn’t. More accurately it is a performance-led business. Thus winners are not those with the best results, they are those with the best performances. Again, being a winner, if it is anything at all, comes back to taking part and doing your best, regardless of outcome.

Being thought successful in football is often driven primarily by performance over results. Winning doesn’t make you a winner. Chelsea’s last season illustrates this well. Results were excellent but their manager was certainly not thought a winner by the fans, even despite actually winning something. We might say the same thing about Jose Mourinho the season before. One place above Chelsea, Liverpool didn’t win the league but were thought by all as winners because they played great football. Yet, in the league at least, if results are everything, they were losers. Spurs managed to lose a third of their games, but who can call a team that played such great football losers? Again, performance is the defining element to how they are viewed.

I’d argue much of the time when a manager is sacked or a team criticised, it isn’t because results have not been good enough, it is more accurately because performances were not good enough and that is a significant but crucial difference.

Another good illustration of this is my own club, Middlesbrough FC. We got rid of Tony Pulis – or more politely did not extend his contract – because everyone was so bored of the football he got the team playing. For most of the season it had looked like they’d make the play-offs but ended one place outside. However, even if the club had been promoted, Pulis would almost certainly still have been let go because there was so little entertainment in watching the team play. Indeed, it was impossible to watch them play half of the time because your eyeballs had melted in sheer boredom. Now, if football was purely a result-based business, no-one would’ve minded the tedium if the team had won more games, but that was very much not the case.

In recent years we’ve seen more than one manager get the sack (admittedly, it is usually Pulis) for playing dull football, regardless of wins or losses. All of which just goes to prove that being a winner isn’t something that can easily be prescribed via results.

I know one thing, if I’d played in a team that had gotten to the last four of a World Cup I’d feel like I’d done something remarkable which was worthy of praise and celebration and that those who said otherwise were the real bloody losers.