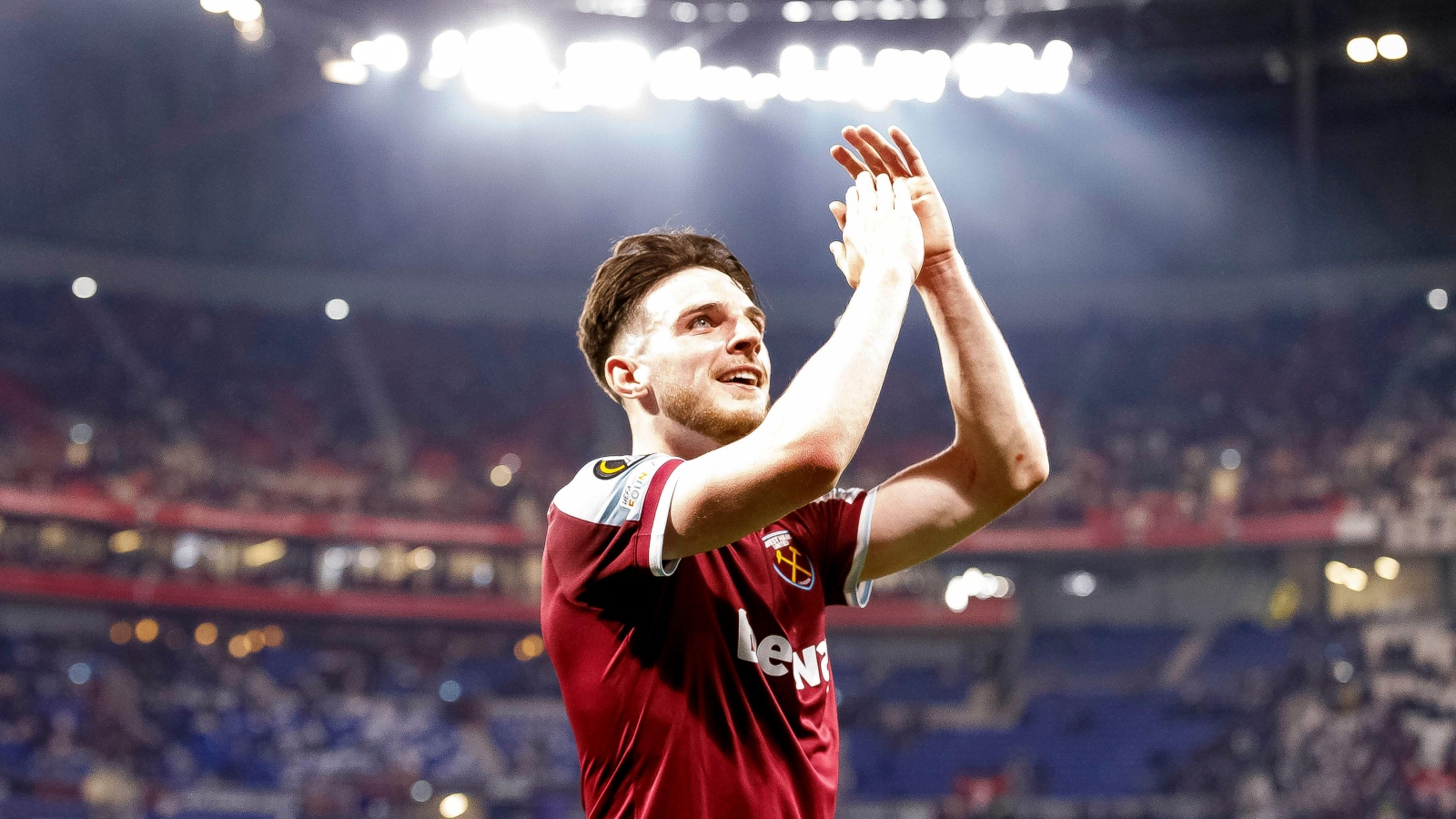 Man Utd target Declan Rice is reportedly “open to a move this summer” after rejecting a “third” contract offer from West Ham.

The England international has been one of the best midfielders in the Premier League in recent seasons.

He helped the Hammers finish sixth last season to qualify for the Europa League. They have been terrific in the European competition, reaching the semi-finals where the Irons will face Eintracht Frankfurt.

As per Transfermarkt, Rice is worth £67m and is under contract at the London Stadium until 2024 with the option for a further year.

The midfielder’s manager will disagree with that valuation, however. Speaking earlier this month, David Moyes insisted that Rice will cost north of “£150million”.

He has been heavily linked with Man Utd and Chelsea with the former reportedly planning a squad overhaul in the upcoming summer transfer window.

According to renowned journalist Fabrizio Romano, Rice is “now open to a move this summer”.

Excl: Declan Rice has turned down third contract offer at West Ham. There’s still no agreement – Rice has always been committed, but he’s now open to a move this summer. 🏴󠁧󠁢󠁥󠁮󠁧󠁿 #WHUFC

He wrote on Twitter: “Declan Rice has turned down third contract offer at West Ham. There’s still no agreement – Rice has always been committed, but he’s now open to a move this summer.

Erik ten Hag will take over at Old Trafford at the end of this season and will likely be busy this summer with the Red Devils enduring a disappointing 2021/22 campaign.

“Ten Hag will need to have a look at the players he wants to keep,” Redknapp told Sky Sports. “As bad as things are at the moment, things can change quickly with one or two good signings.

“Who do you get? It’s not easy but the ideal one is Declan Rice, and West Ham fans won’t thank me for this.

“You want good, honest pros who can really play, people like Rice. That’s the market they’ve got to be looking for, that can work hard in training and play the right way.

“Could you go and get Harry Kane from Tottenham this summer? I’m not saying he’s going to leave but that’s the sort of player you are going to need, players that will come in and set the right culture.”