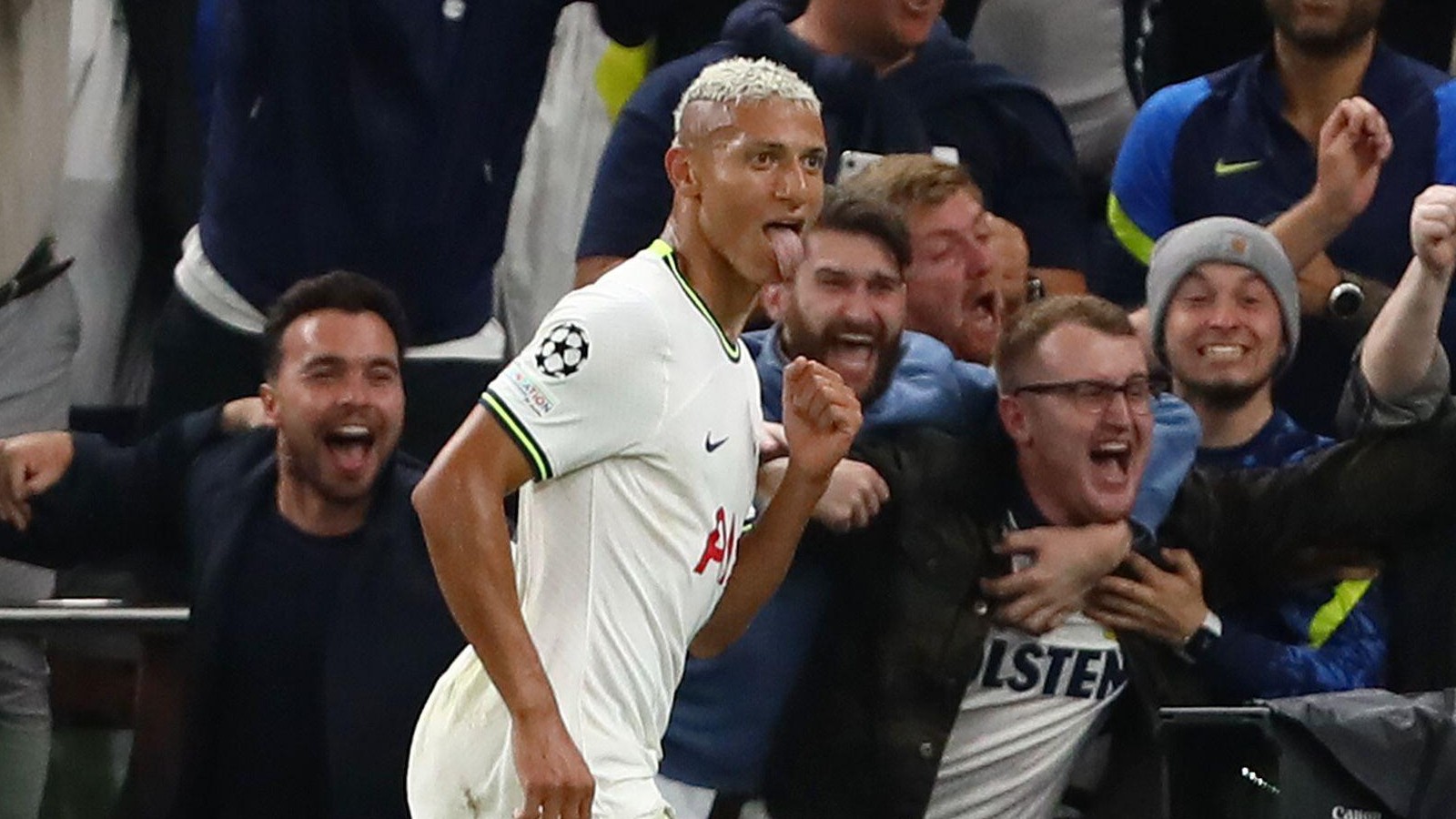 Richarlison is not everyone’s cup of tea but he has taken every step in his stride to end up at Tottenham and Brazil when few believed.

Who’s this then?
Richarlison de Andrade is a 6ft, 25-year-old Brazilian striker who plays for Tottenham Hotspur and who scored two goals on Friday against Ghana for his country.

Born in Nova Venécia, he got his start at América Mineiro in 2014 after being rejected by several other clubs, making his debut in 2015 and eventually playing 24 games and scoring nine times.

From there he moved to Fluminense for two seasons, making a big impression in his second by scoring 15 in 36 games.

At this point, Watford, at the time a Premier League club, swaggered into the room carrying a garden waste sack of £11.2 million in used 20s, shouted ‘get in the van’ at our man and drove him to the notorious wastelands of Hertfordshire.

He was to stay at Watford for just a single season and played the entire Premier League campaign but only netted five goals. However, that was the sort of form that attracted him to Everton who were in need of such a striker.

The Everton manager’s revolving door had, at this time, pushed Marco Silva into the room, who had been Watford’s manager for seven months before getting sacked for being quite rubbish, but quite rubbish was good enough for Everton who were trying to bleach the Sam Allardyce stink off their soiled body. And Silva thought that Richarlison could do a job for the Toffees.

Turned out he was right because the Brazilian scored 14 times in his first season and 15 in the second, by which time Silva had been sacked after 18 months in charge. Across the following campaigns he would play under four different managers, all of them doing as badly as each other. His form was only good in flashes but he scraped together 13 goals and 11 in his last two seasons at Goodison. Ended with 53 goals in 152 games.

It was a bit of a surprise when Daniel Levy pushed a whole £50million through Everton’s letter box to take him to Spurs. £50million! Everton tried to keep a serious face as they waved him off, then went on a bender and ended up with Neal Maupay in the band. Nobody could remember why.

However, it turned out, in a simple twist of fate, that Richarlison was one of those players that plays better the better his team is. He ups his game. So while there were some cynics who thought Levy had bought him as part of some mid-life crisis, in fact in the eight games he’s played, he’s looked more impressive than at any other time in his career, largely because he’s not down in the boondocks any more.

Better yet, his international career is blossoming in a World Cup year, having now scored six goals in five games for Brazil, and 16 in 37 overall. Again proof that the better the players he plays with, the better he plays.

Why the love?
It’s too early in his tenure at Spurs to suggest anyone except his mother actually loves Richarlison and he does have a tendency to sport the scowl of a man who has just swallowed a wasp. Add to that his current unpleasant bleached merkin haircut and it could make a man hard to like. But safe to say his two late strikes against Marseille in the Champions League helped Spurs fans feel favourably towards him. Add in assists against Forest and Fulham and there are genuine reasons to think he has added much to the team already.

I think FIFA and other games have led us to believe that players are of a certain quality and that they rarely deviate from that form. However, real life is more nuanced than that. If you’re good at football, you might think you’ll just be good whoever you play for, but it doesn’t always work like that. Richarlison is one of those players who looks in a different class when you put him in a team of excellent players. Put him in a failing team as at Watford and especially Everton, while he doesn’t become hopeless and he scored some excellent goals for both, he just doesn’t perform at the top of his game. Whether this is because of the tactics the manager plays, or whether it is an emotional response to being surrounded by duffers is hard to tell, but so far at Spurs he’s looked faster across the pitch, lighter of his feet and just much sharper.

He was criticised for what was called ‘showboating’ against Nottingham Forest, and was wiped out for doing so. But surely, showboating is one of the reasons anyone goes to see football in the first place. Anyone pushing the notion that somehow it’s disrespectful misunderstands the sport. All he did was a quick keepy-uppy; if that’s upsetting you, get some perspective. That said I’m all for kicking anyone up into the air who does it. That too, is all part of the fun.

For Brazil he plays right through the middle and his goals against Ghana suggest he’s bloody good at it, with a first-time sweeping strike and deft header, so for Spurs he can clearly operate in any position across the front three. This sort of flexibility will be very useful in the post-Christmas part of the season as injuries and general knackeredness will start to really bite.

Three great moments
His two goals against Ghana are both lovely finishes but note how fast and light on his toes he seems to be in this context:

It was a great Champions League debut:

Future days?
Initially it was felt that he’d be playing second fiddle to the existing front three at Spurs but Heung-min Son’s lack of form gave him a chance to prove himself and it was an opportunity he took. With the South Korean now seemingly back in favour with an excellent hat-trick, Richarlison may find himself on the bench more often, but then this season is so compressed and busy that there will be plenty of chances to shine as others are rested. And let’s be honest, we all know that Harry Kane will get some sort of severe knack at some point soon. He always does. If so, Richarlison can easily play through the middle and be successful at it.

His 88 goals in 292 career games isn’t massively impressive but the exciting thing about him is that he’s now 25 and reaching the peak years of his career and is doing so while playing for Brazil and Tottenham. While, in some respects, he remains high on potential and must now begin to consistently deliver the goods, I have a feeling that we’re on the outside of a purple patch for the Brazilian and we’ll see him tear it up in Qatar. On his return to north London it may look like £50million very well spent indeed.