Home Tottenham Hotspur Traore instantly improves Conte’s Spurs – but will it be enough? 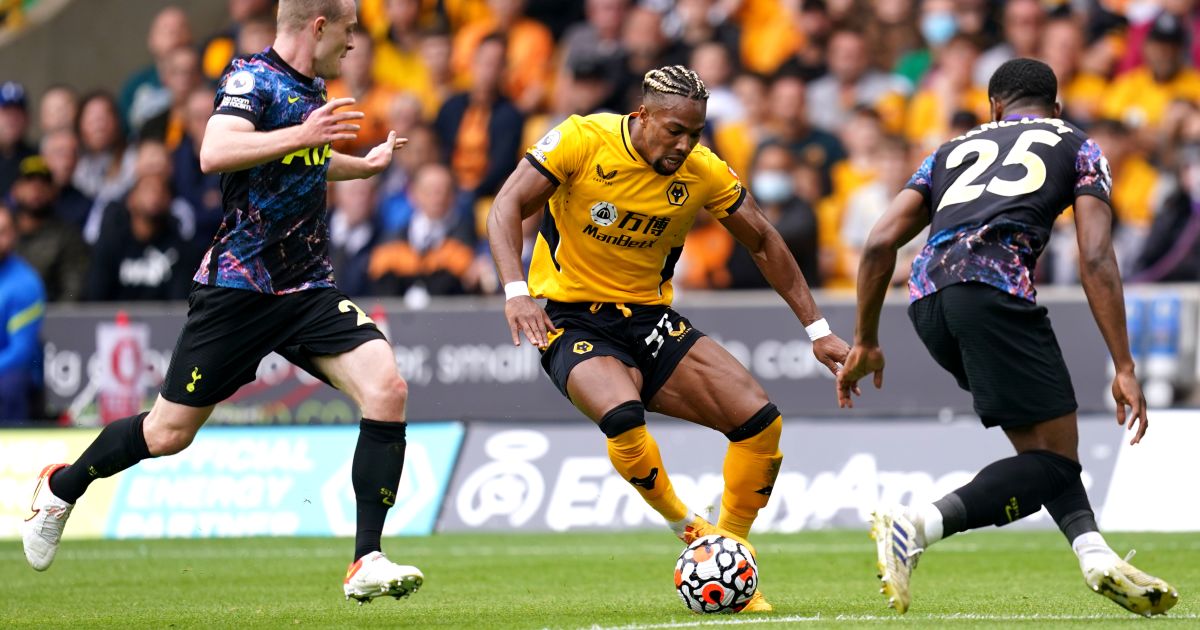 Spurs clearly need *some* kind of transfer movement this week. If it’s just Adama Traore, will that be enough for club or manager?

Here’s a question for Spurs fans: Was Antonio Conte’s team selection at Chelsea more worrying than the subsequent result and performance?

Defeat at Chelsea, even a slightly out-of-sorts Chelsea, can’t have been entirely unexpected given history both recent and ancient, and is hardly terminal; Arsenal also dropped points and while a goalless draw between Manchester United and West Ham would probably have been ideal, a narrow, unconvincing United win wasn’t a horrendous result by any means.

Spurs have slipped a couple of places in The Misleading Premier League Table, but overall have ticked off one of their trickiest fixtures and suffered less damage to their top-four chances than they might have done. In purely numerical terms, anyway.

In less tangible, feely-feel terms, though, it’s not so good. The souring mood that had apparently been entirely salved by the Leicester ridiculousness was once again back. And while Conte is an elite coach and Spurs are extremely lucky to have him, he is not above criticism. That team selection was a dirty protest; when you’re looking at the team and trying to decide whether Matt Doherty is playing right-wing as a wing-back in a back six, you know someone is playing silly buggers and Making A Point. There’s no way Conte is selecting that starting XI if the game takes place in February.

And for a team and fanbase still healing from two years of Mourinho acting the sh*thouse, it’s not ideal to see the new man already engaging in such ostentatious point-making and game-playing. For the third time in what is still somehow the first month of 2022, Conte treated a wobbly Chelsea like Peak Barcelona. Daniel Levy can be an obstinate bugger, but all banter aside, surely even he didn’t need the point hammering home quite like this?

Anywhere, the point has been hammered: Spurs need new signings. You know it, I know it, Antonio Conte definitely knows it and Levy… is probably wondering what Ryan Nelsen and Louis Saha are up to these days.

So while a look at the league table tells us that Spurs’ top-four chances are still absolutely fine and nothing is f***ed, they more than any other team in that congested pack pursuing the Champions League dream, need to get stuff done this week. First and most obviously to improve their team and squad, secondly and perhaps even more importantly to stave off any chance of a manager not averse to f***ing things off for a game of soldiers deciding to f*** Spurs off for a game of soldiers.

They’ve got to do something. Really, they need to do three somethings. There remains fairly substantial remedial work required across the squad but there are three clear priorities. Right wing-back, an instinctively forward-looking ball-playing central midfielder and some sort of attacking player – ideally one who can at a push occupy any one of the Kane/Lucas/Son roles, but especially the Kane one.

Clearly the closest player to making any move is Adama Traore, whose time on the Spurs radar comfortably pre-dates Conte. But it’s how Conte plans to use him that makes things more interesting. If Spurs sign only Traore (and you’d say that looks the likeliest individual outcome right now given everything we know about, well, everything) they will attempt to argue this ticks two of the three boxes and, well, maybe Oliver Skipp and Harry Winks have got some more dramatic improvement in them. It wouldn’t be a disaster.

Traore undoubtedly gives Spurs something they don’t currently possess, a sort of chaotic menace that instantly makes them harder to predict and contain for determined and cautious opponents than they currently are. It runs slightly contra to Conte’s wider hyper-structured philosophy, but, for all his volatility and preferred strategy, Conte at his best is also an arch pragmatist willing and able to make the best of the tools he has. For a short while at least. Let us never forget that this is the man who took Chelsea from 10th place to champions with Victor Moses in the position now earmarked for Traore. Cesar Azpilicueta may well be a better right centre-back than Davinson Sanchez for such a hare-brained scheme, but the point still just about stands.

Traore’s arrival would probably be enough to keep Conte (relatively) happy until the summer, when Spurs would surely have to move far quicker in the transfer market than is customary to ensure that remains the case, and also improves their chances of reaching the top four. It’s also not unreasonable to expect Traore’s oft-discussed lack of goal contribution to return to the entirely acceptable levels it reached during the one full season he had Raul Jimenez and Diogo Jota for company, once he finds himself working with Kane and Son.

Recent games against Southampton, Watford and even Morecambe in the Cup have shown how relatively simple it can be to simply shut Spurs down if you’re happy to dig in with men behind the ball. Despite their slightly reduced status compared to a few years ago, Spurs remain a team against whom two-thirds of the league will be relatively happy to take a point and hope to maybe nick a win if one of those defensive ricks falls their way. Spurs need another route in these games and Traore provides it.

Against those outside the elite he can absolutely do his thing from a nominal right wing-back starting position. With three central defenders and at least one of Pierre-Emile Hojbjerg and Skipp, Spurs can afford a maverick wing-back option in most games. At the very least, the risk-reward is in their favour.

Even if Traore’s main contribution is to attract more defensive attention than Emerson Royal or Doherty, he will be doing some sort of job by inevitably freeing up space elsewhere for your Kanes and Mouras and Sons. Then against better teams, he becomes an option along with Lucas, Son and the reinvigorated Steven Bergwijn for one of the positions around Kane.

It probably isn’t enough, and we’re instantly firm fans of a purported double-swap deal with PSG involving Tanguy Ndombele, Dele Alli, Georginio Wijnaldum and Julian Draxler. I mean, just look at that as a plan with one week of the window left. Someone buy the film rights.

We’ve long argued that Dele to PSG has a surprisingly large amount of merit when you stop and think about it, while Ndombele too would surely be happier back in France and working for the Spurs manager who actually signed him. Wijnaldum and Draxler definitely solve some major issues in the Tottenham squad too.

Sure, Draxler is one of those players who is only allowed to be linked with a Premier League move and never actually get here, in the great Wesley Sneijder-Leandro Damiao tradition, and that isn’t even the biggest stumbling block in trying to put together a four-pronged double-swap loan deal in the time available, but let’s not pretend it would be anything other than magnificent.

Far more likely, then, is that Spurs are in a clinch with only a slippery Traore when the music stops. It is significantly better than nothing, and probably significantly better than a large percentage of underwhelmed Spurs fans believe. But is it enough to preserve the very fragile but very real potential of Conte’s Spurs? Levy and the rest of us are about to find out.