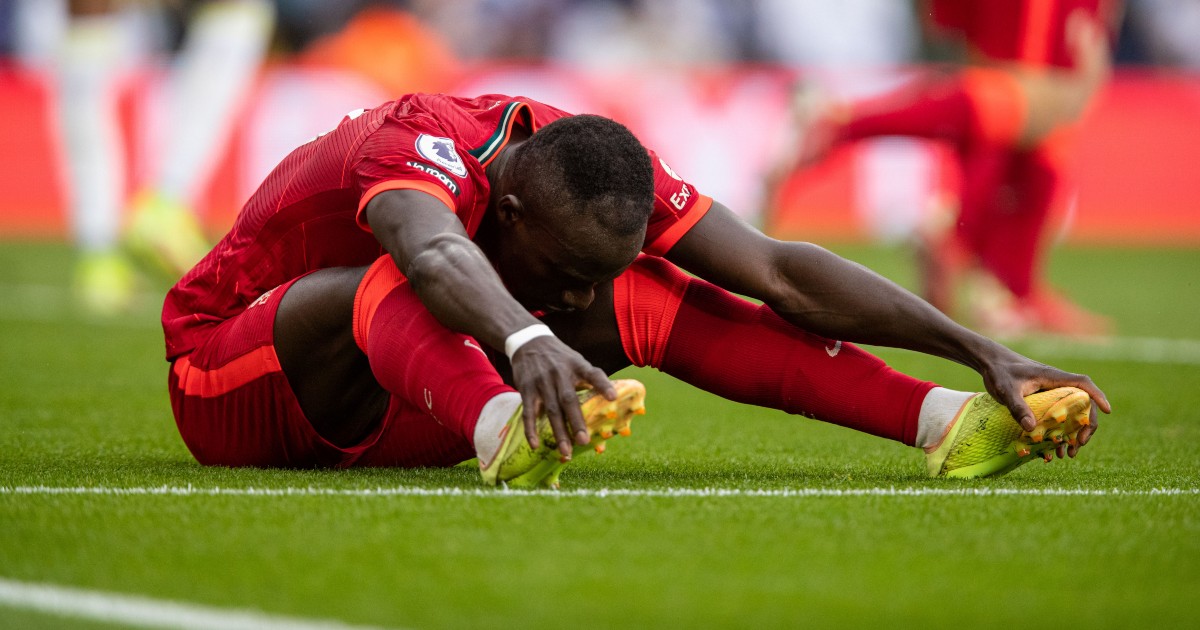 After his self-professed “worst” season, Sadio Mane has started 2021/22 typically well. But AFCON has derailed him and Liverpool before.

Back in the calmer waters of mid-September, Jurgen Klopp was bigging up his squad ahead of the Premier League weekend. FSG hadn’t done any such thing, to be fair.

As the German embraced the return of the old boys club, Joel Matip got an honourable mention while Divock Origi was lavished with praise for his performance against Milan. However, no-one was pretending that the Belgian was doing anything other than playing the understudy for a night. Origi’s cameos will become full-blown emergency measures in a few weeks’ time.

Earlier in the autumn, Klopp was giving his go-to number 10 a midweek break to ease himself back in after a problematic year. He saw something different. “Sadio looks really sharp. The important stuff is the amount of chances he’s getting. He’s in a really good moment – physically and mentally,” he said. Reds fans would have concurred but with one very obvious caveat. The clue to the unspoken irritant was in the “chances he’s getting” bit. Mane had finally scored with his tenth attempt at Elland Road the previous week.

No matter. The very next day, he nabbed his 100th goal for Liverpool against Crystal Palace. The landmark century combined with the Reds’ status at the top of the table tranquilised talk of his tribulations.

Three months have passed since and the undertones of whispering discontent have subsided. A subsequent four goals in the Premier League have put him fourth in the scoring charts behind Jamie Vardy, Diogo Jota and Mo Salah. In the narrow victory over Aston Villa on Saturday, there was even a glorious rehash of those dovetailing days with Andy Robertson. Liverpool’s winning run goes into the F1 festive football road with smooth pit stops so far.

In a world not that far away at the end of 2020, Liverpool were looking on course for a happy Christmas after a 7-0 tonking of Palace sent them five points clear at the top. Mane scored that day but his mood on being subbed was a precursor of a hard winter. The wheels started to come off.

There’s context to every mini-crisis. The 29-year-old’s drop-off in form and goals last season coincided with the constant redeployment of Liverpool’s ravaged troops. Jota’s knee injury in a dead Champions League rubber last December then doubled the pressure up top as the string quartet was broken up. Smiley Sadio took the strain and became surly and sullen.

The first half of 2021 stretched the Senegalese’s innate flexibility like no other year. Where there was once trap, spin, deftness and explosive control, there was now a trampoline touch and a lack of timing. He is one of those players who looks erratic when the rhythm is slightly off, like a Federer forehand that elicits groans when it flies out of the court. Anfield became everyone’s favourite looting site from January to March, while the forward’s efforts to bring the ball forward ran into dead ends, brick walls and falling flat on his face. He was trying too hard plus something else.

In May, Mane said: “This season is the worst of my career, I must admit. I’ve taken tests and I don’t know what’s wrong with me. It’s difficult for me to give an answer, Am I eating the correct foods? What do I need to change?”.

In October 2020, he also contracted Covid.

As MNF has extrapolated, there are very few striking partnerships like the MFS axis that keeps producing well into its fourth year.. Those title battles in 2018/19 and 2019/20 were full pedal to the metal challenges that never leant towards rest or much rotation. As Roberto Firmino’s goal output steadily fell, Mane was even more central. Mo Salah’s incredible fitness and consistency have been the only real cover with the odd burst from Origi.

When Mane hit that searing goal in Petr Cech’s right-hand corner five years ago, it created an electricity that has been running a constant current. Breaks in football have almost become unfashionable, especially off the back of the triple espresso list of fixtures that Covid-19 catch-up brought about. The African’s pre-pandemic weariness was evident when he vocally scratched the seven-year itch of “no holidays of over 20 days”.

If AFCON is postponed, a secret Santa smile will break out at Anfield. If not, Klopp will hope to avoid a return to one of those dark Januarys that followed Mane’s departure to Gabon in 2017. They need him at top speed more than ever.