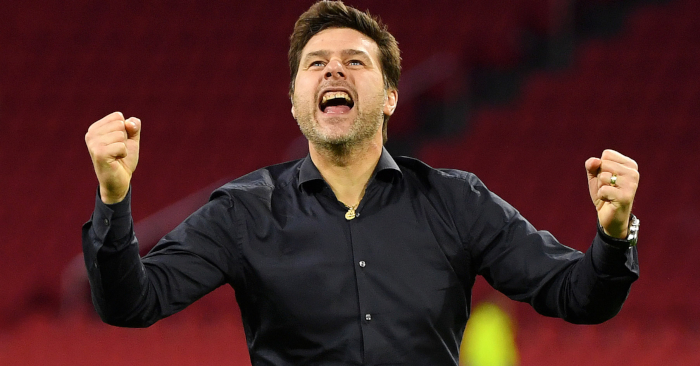 Nobody resists the Siren call of Paris Saint-Germain. The wealthiest club in the world located in the most romantic city in the world lures everyone on to its rocks; the glitz and glamour are too irresistible, the song too hypnotic. Teenaged wonderkids turn away from the spotlight to crash onto their shores. Superstars get their heads turned despite already flourishing at the perfect home, starring alongside Lionel Messi.

It always seems to end in regret, or at least it has done so far for Kylian Mbappe and Neymar – and for any manager who, tempted by the promise of wealth and prestige, ignored the warning signs: the player power, the politics.

Even the man who took PSG to their first Champions League final is spat out of the club with his stature tarnished. It is telling that Thomas Tuchel leaves Paris with a reputation for being too argumentative and lacking tactical acumen despite PSG being infamously impossible to manage both in the boardroom and on the training ground. Tuchel takes the blame regardless. Having arrived as an astute tactician, he leaves without a discernible playing style.

He may yet recover, but others have not. Unai Emery was similarly lauded for his detailed tactics at Sevilla only to leave a little broken. The man Arsenal hired was anxious and lacked conviction. He tinkered and dithered, never quite settling on a style or a system. PSG changed him.

And so those of us with a fondness for Mauricio Pochettino – for the warmth in that mischievous grin, for the entertaining-yet-humble hard running – are a little bit concerned about what the PSG job will do to him.

Clearly it is an awkward match. The individualism of the divas jars against the gegenpressing and the self-sacrifice Pochettino demands, as a man whose career is defined by nurturing hungry young players to punch above their weight now takes charge of a behemoth that demands success and shrugs when it is achieved.

Naturally, if you’re fond of Pochettino then it’s tempting to celebrate for him. This is a bigger job than we expected him to land. He deserves a chance to win something. If he makes it work, he’ll be respected as one of the greatest coaches in the world. There is no shame in Pochettino answering to the Siren call. How could he not?

But even if things go well in France and Pochettino, easily winning Ligue 1, takes PSG one step further and wins the Champions League, there is a sense of loss here. Regardless of success or failure Pochettino has been sucked into the world of the elite jobbing managers, the ones who spend a couple of years collecting easy trophies only to be passed onto the next.

Win in Paris, then go to Juventus and do the same. That’s the goal for Pochettino, and while that is objectively a Good Career, to take those steps is to lose the soul of what Pochettino seemed to represent.

It’s as if his potential is going unfulfilled even as it is being realised.

Pochettino’s six years at Spurs will forever be remembered not for the tangible achievements but the atmosphere he created; the optimism he built; the project he kick-started. It was long assumed his next job would be Manchester United, not because they are a bigger club than Spurs but because they, too, needed reviving, needed a figurehead to lead a renaissance.

🎙 Mauricio Pochettino: "For us it is not only win, but win with style" pic.twitter.com/HY4NrRvBQV

Ultimately these are the managers who are remembered most fondly by supporters. Football is about the emotionality of the ascent and the cohesion of the community more than it is simply collecting trophies, something of which Tottenham fans were astutely aware but which some sections of the press, tediously demanding silverware, were not.

Jurgen Klopp knows this, of course, hence his legendary status at Mainz, Dortmund, and Liverpool, where his social and cultural rebuilding projects each took a minimum of five years to complete. Pochettino once looked destined for a similarly romantic relationship with football over the next decade or more.

A move to PSG to win easy trophies with asterisks attached, and to then fall into the pack of elite-level managers shuttling from post to post, would be a sad and ultimately hollow trajectory for him to take.

This is a pessimistic view, of course. There is a universe in which Pochettino wins the Champions League with PSG and moves on to a club like Manchester United to return, triumphantly, to the career path we thought he was on. Maybe we are in that timeline.

But Pochettino’s tactical philosophy, his demand for tireless work, and his reputation as an emerging talent are alarmingly similar to the characteristics that defined both Tuchel and Emery, managers who were equally bright-eyed and optimistic as they sailed towards the rocks. So far, the Sirens have proved deadly every time.