Home F365 Says TAA omission should be met with understanding, not anger 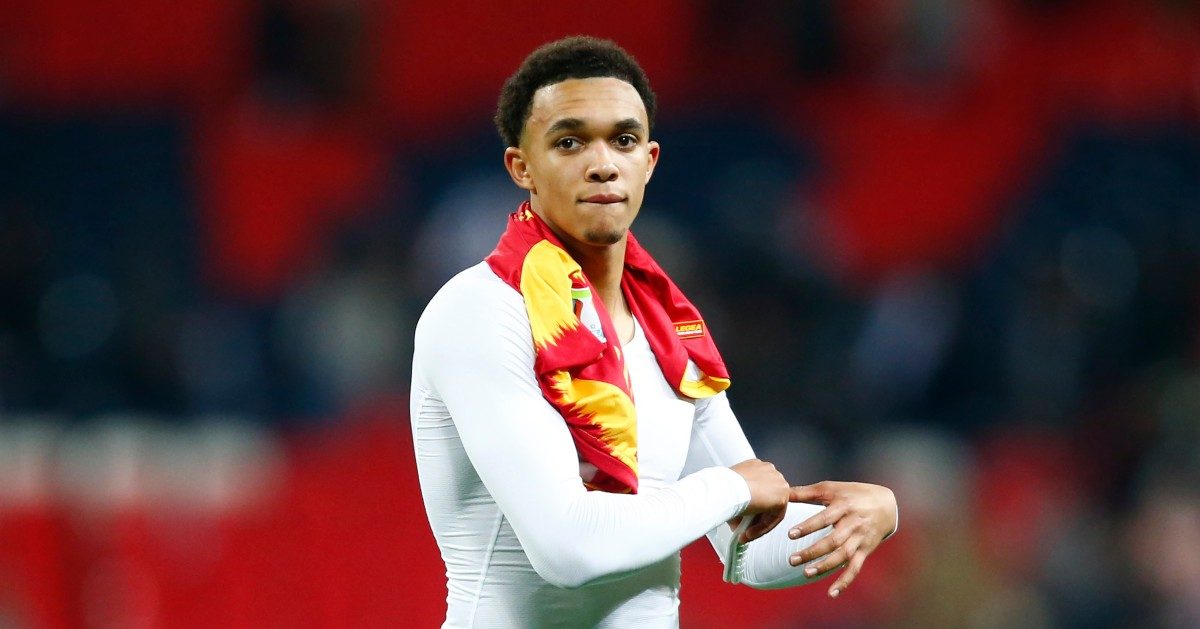 There will be anger, consternation and confusion but the imminent decision to drop Trent Alexander-Arnold for Euro 2020 is explainable.

Liverpool full-back Trent Alexander-Arnold looks likely to miss out on Gareth Southgate’s final England squad after being named in the initial 33 last week. But maybe it’s not all doom and gloom.

You’ll hear a lot of thunderous outcries, flabbergasted pundits and passionate Liverpool voices when the England squad is officially chopped down to 26. Needless to say, some brilliant footballers are going to spend their summer watching England from a poolside TV in Marbella, not at Wembley or wherever else this wild and wonderful Euros is taking place.

If Trent Alexander-Arnold doesn't go to Euro 2020, then England must surely be installed as odds-on favourites to win the tournament because if they can afford to omit one of their few truly world-class players, then the rest of the squad must be absolutely brilliant.

But the England manager always looked to have a difficult task in narrowing an absurd pool of talent down to a fraction of its potential size.

Southgate did his best to placate the baying masses in his press conference last week, commenting on his apparent obsession with right-backs and playing down the talk of fierce competition in the position.

“He’s a fantastic passer of the ball. So why wouldn’t that lend itself at some point of his career to being in midfield?” he politely suggested of Alexander-Arnold. But really it was nothing more than that. A polite suggestion with a tangible undercurrent of ‘please stop asking me these bloody questions’. The Liverpool full-back has always been barraged with talk of playing in midfield. Do you know who hasn’t actually followed through on this change of position? His managers.

Alexander-Arnold has played a grand total of 20 minutes in midfield for England. For Liverpool, it’s not happened on paper once. In the 7-0 thrashing of Montenegro in November 2019, our boy Trent was shifted into midfield as Joe Gomez came on and played right-back. Analysing and critiquing this cameo performance would be truly unfair but it goes to show there’s scant evidence that bringing the Liverpool star along just because of his alleged midfield credentials is anything other than a pipe dream.

The first reason the Premier League and Champions League winner might miss out is because he’s never actually performed to his potential in an England shirt. Debate all you want whether this is the player’s fault or whether there is a duty of the manager to get the best out of his brightest talents. Wherever you fall, it’s difficult to highlight a particularly brilliant England performance from Alexander-Arnold.

There are countless moments you could point to in a Liverpool shirt – some of which are already worthy of being called iconic. The quick-witted corner in the Champions League semi-final against Barcelona; the pair of assists and a goal against Leicester in a red-hot title race with Manchester City back in 2019. Yet his time with the Three Lions has been rather middling.

By no means is he the first player to look out of sorts in an England shirt. That entire golden generation of the mid-2000s often looked awkward, even out of their depth with their national team. Liverpool legend John Barnes was another player of seismic talent who, Brazil goal aside, often played poorly for England.

It’s also difficult to look past the stiff competition in his position and the merits of their potential selection. Kieran Trippier and Kyle Walker offer a seniority that’s sorely lacking in this youthful squad, with Walker the oldest and Trippier the third-oldest player involved. Not that their seasons are anything to be scoffed at either. Trippier lifted the title in Spain, vindicating his decision to leave Tottenham for Atletico Madrid. Walker did the same with Manchester City.

If there is such a thing as a direct competitor for Alexander-Arnold’s spot, Reece James of Chelsea is probably it. Having just won a Champions League in a barnstorming sophomore season with the Blues, it’s tricky to argue against him. James is a beautiful crosser of the ball, a tenacious defender and a physical specimen levels above the Liverpool man.

Having spent the last few weeks rotating between centre-back and right wing-back, James has proven his multi-functionality. His display against England teammate Raheem Sterling in the Champions League final was a symbol of his incredible maturity, football intelligence and his calmness under pressure. James’ stock has never been higher and that might be the final nail in the coffin for Alexander-Arnold.

Perhaps the final – and most pertinent – reason for the right-back’s omission would be that he’s a peculiar tactical fit in Southgate’s team. Not the right peg for the right hole. He hasn’t got much, if any experience of playing as a wing-back with his club side. His role as a fluid defender and playmaker isn’t in the England blueprint right now.

A fantastic footballer who picks up pockets of space and runs the game might not actually be as valuable to England as it is to Jurgen Klopp. The criticism of his defensive positioning is tired, but sort of unavoidable, too. In any case, Walker and James possess a burst of pace that Alexander-Arnold simply doesn’t have and that can be the difference in recovering from a lapse in concentration.

So dropping Trent Alexander-Arnold is fine, actually. You’ll hear otherwise from the usual rabble and you’ll hear it some more during the tournament AND some more after unless Harry Kane is lifting the trophy come July 11. Southgate’s unfortunate seven could all argue for their place and do so with some good evidence, but this is a justifiable decision that’s still going to be met with disdain from some corners. It’s the England manager’s job to get pelters, after all.