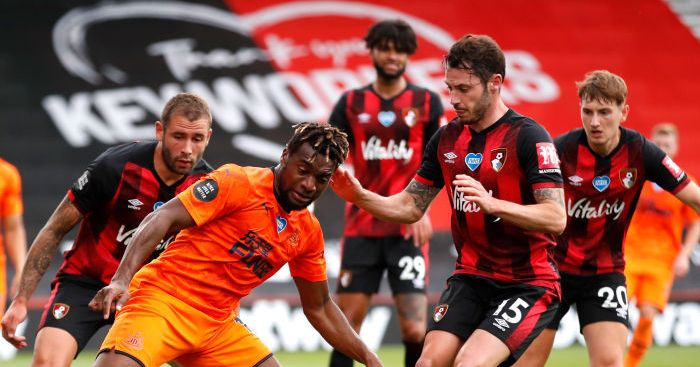 At the time of Alfred, Lord Tennyson’s death in October 1892, Newcastle East End and Newcastle West End were still two months from agreeing a merger of the two clubs. The poet would surely have adopted the Magpies as his team; ’tis better to have loved and lost than never to have loved at all’ has become an unofficial conciliatory motto of sorts on Tyneside these decades later.

Newcastle seem to fall harder for a flair player as a generalised fanbase than any other support. They have long been trapped in a self-perpetuating cycle: hope soon becomes adoration, then infatuation, followed by obsession, worship and, eventually, devastation. By the time they contemplate settling down with flings like Hatem Ben Arfa, Yohan Cabaye, Demba Ba, Loic Remy and Aleksandar Mitrovic, a better club comes along with a bigger chequebook, grander designs and a sharp dose of reality.

It’s been a while since fans on Tyneside would spend their spare moments daydreaming about Wor Al. Whether the protracted takeover goes through or not, Saint-Maximin must be wined, dined and persuaded to ignore admiring glances from afar. He has to be the player that breaks the mould.

The winger destroyed Bournemouth. His assists for Dwight Gayle and Miguel Almiron were well-executed, albeit fairly straightforward. But the build-up to Newcastle’s second goal showed that the most fun can often be had during foreplay, particularly with participants as generous as Adam Smith. The right-back was left dazed and confused on the half-hour mark; there will be no mystery if he develops a sudden fear of headbands in the immediate future.

When Jefferson Lerma is so dumbfounded by the lesser-seen fake cutback that he cannot even commit a cynical foul, something exceptional has happened.

That there was ever a doubt as to whether he would play seems staggering. Steve Bruce described Saint-Maximin as “extremely tired” on Tuesday and a fourth start in 11 days can hardly have helped. Yet his work was long done by the time he was removed after 60 minutes; wrapping a Ferrari in cotton wool might seem counter-productive but Newcastle rarely do things the conventional way.

Therein lies the problem with managing a player of Saint-Maximin’s calibre. The inclination to play him is constant and the desire to watch him lingers even longer. The break has helped Bruce’s cause and allowed the player to sharpen some of his instincts but the coach deserves the utmost credit.

Adama Traore initially seems a crass comparison but it stands to reason. The Wolves winger – the only player to complete more dribbles per Premier League game this season than Saint-Maximin – possesses a similar blend of skill, pace, footwork, power and excitement, yet that has been allied with an improvement in decision making, maturity and game intelligence that comes with time and patience.

If Saint-Maximin continues on this current path of development then that sort of consistent brilliance is a genuine possibility. And even if he does not, he already has a guaranteed place in Newcastle hearts. The Magpies must hoard the Premier League’s new shiny object for as long as they can.